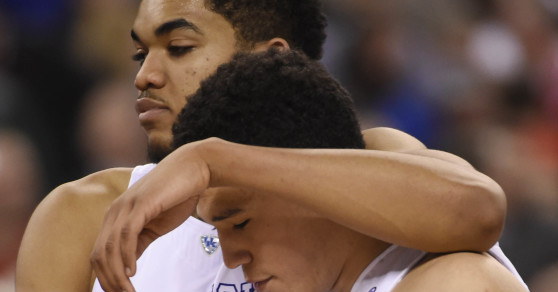 Many Twitter users argued that the reports of the mostly white Kentucky fans’ rioting was reflective of a racial hierarchy in the U.S. They likened images of Kentucky fans burning objects to photos of the riots in Ferguson, Missouri, after the fatal shooting of black teen Michael Brown at the hands of a white police officer. They said the treatment of white vs. black rioters by law enforcement and news media showed that while black rioters were considered dangerous, white rioters were painted as merely “misunderstood.”

Many of the commentators were actually using images not of this riot, but past events at the University of Kentucky. The most widely-used photo—a woman screaming by a fire, which can be seen below—is actually from Kentucky’s celebration after its victory over the University of Louisville to advance to the Elite 8 in the NCAA tournament in 2014.