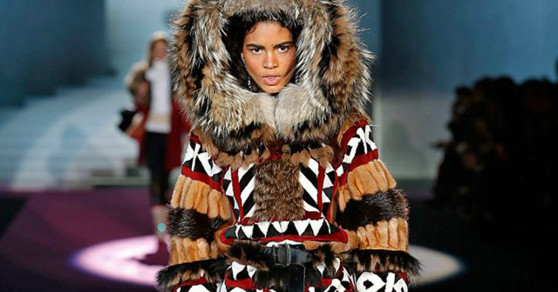 And the award for most racist collection in a fashion week so far this year goes to @Dsquared2 with #Dsquaw pic.twitter.com/fFINBT4paq

Dsquared2’s designers, twin brothers Dean and Dan Caten, called this their #Dsquaw collection and used the racial slur in their official hashtag on Twitter and Instagram. On Facebook, the brand said their new collection combines “the enchantment of Canadian Indian tribes” with the “confident attitude of the British aristocracy.”

Some of the ongoing backlash comes directly a growing social media network of Native American fashion professionals, like Johnnie Jae, a partner at Native Max Magazine. Native American designers and fashion critics are largely absent from the catwalk, and feel insulted by and excluded from the global industry profiting from “tribal” fashion trends.