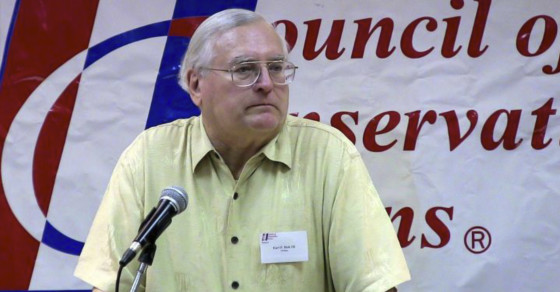 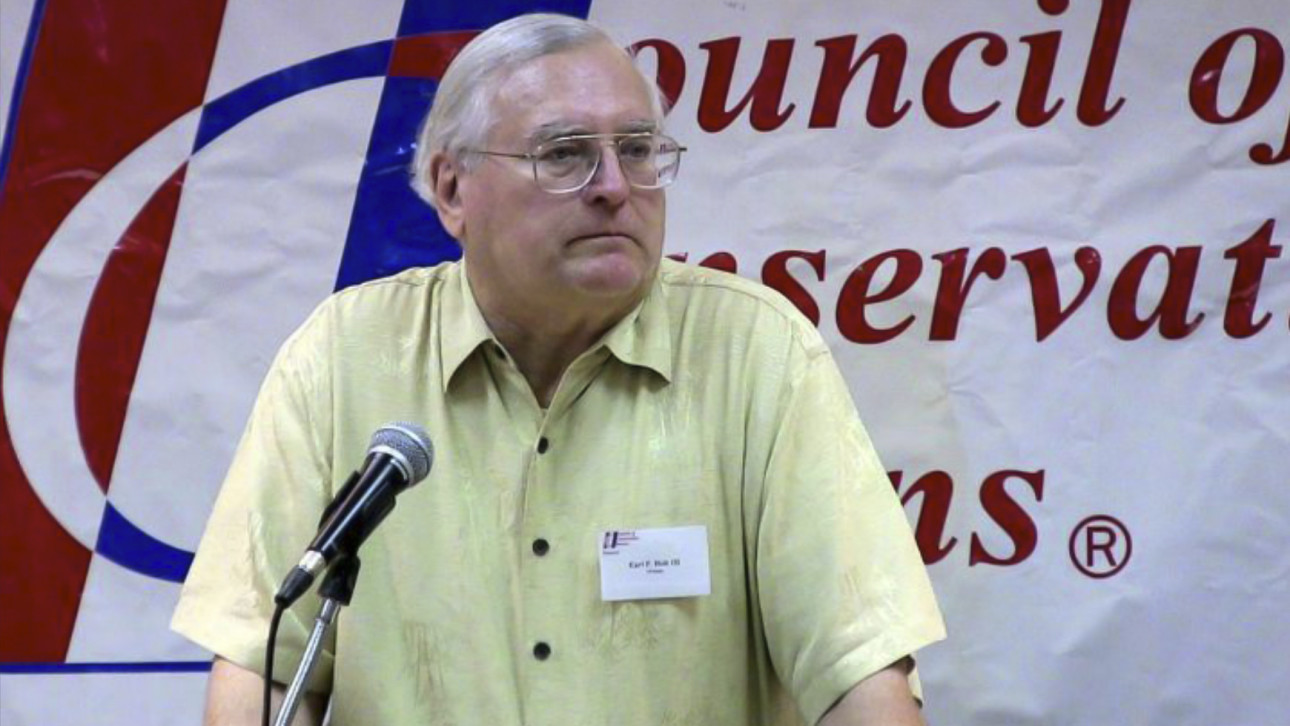 Authorities say Dylann Roof has confessed to allegedly killing nine African-Americans in a South Carolina church last week, and law enforcement has confirmed that he was inspired by the leader of a white supremacist group called the Council of Conservative Citizens. The leader, Earl Holt III, the group’s president, has said in the past that his organization doesn’t advocate violence. Following the shooting, the Council even issued a statement saying “it’s unclear what caused Roof to go on the shooting spree.”

But there are more than 450 comments on various websites from the past month under what appear to be Holt’s handle that not only call for violence, but specifically violence against African-Americans. In a comment on the CCC’s website posted just three days before the killing spree in Charleston, a commenter with the handle “cofccprez2015” wrote: “Old guys like me should dress in a disheveled manner, pretend to be intoxicated, hang-out in ‘the hood,’ and bring along a large-caliber handgun (with backup!) and help mitigate violent black crime at its source.”

The Southern Poverty Law Center, which has studied Holt’s online presence, says that it is certain that Holt was the author because “there are hundreds of comments” that have the “same voice, same obsessions. He also gives biographical detail at points.” There are another 4,350 comments, going back months, made under the handle “Earl P. Holt III” that bear many of the same hallmarks, the SPLC says. Our own analysis of the comments attributed to Holt leads to the same conclusion.

Jared Taylor, a spokesman for Holt, would neither confirm nor deny that Holt made the comment about “hanging out in the ‘hood'”—or any of the other comments made under those two handles that encourage violence against African-Americans.

Three weeks before the Charleston shooting, “coccprez2015” commented on another post on the CCC’s website, this one about shootings in Baltimore. “A tall tree, a short rope, and a good knot are not an expensive endeavor,” the comment reads.

In another post, this one from mid-April on a site called American Renaissance, a commenter using the handle “Earl P. Holt III,” the commenter writes: “LISTEN UP YOU WHITE CRACKERS: If you do not have one, get your selves to a gun shop and get a good handgun for self-protection, and a shotgun for protecting your home. If you do not know how to use and handle one, then learn. Get you wife one, too! Then get your Concealed-Carry License.”

That post was published just prior to when authorities say Roof bought the Glock 41 pistol used in the attack at the Emanuel African Methodist Episcopal Church last week.

Holt has also become a minor storyline in the 2016 Presidential race over the past week. In the days after the shooting in Charleston, Sens. Ted Cruz and Rand Paul, and former Sen. Rick Santorum announced that they would return or donate thousands of dollars possibly linked to Holt.

His online footprint, meanwhile, offers further evidence for the notion that he provided fuel for Roof in the weeks leading up the shooting. In a “manifesto” posted online that authorities say was written by Roof, the 21-year-old explains that his desire to kill African-Americans came from research he’d done on the Council’s website about black-on-white crime.

“The first website I came to was the Council of Conservative Citizens. There were pages upon pages of these brutal black on White murders,” the manifesto reads. “I was in disbelief. At this moment I realized that something was very wrong. How could the news be blowing up the Trayvon Martin case while hundreds of these black on White murders got ignored?” (Trayvon Martin, a black teenager, was shot fatally by George Zimmerman, a neighborhood watch volunteer, in Florida in 2012.)

The manifesto goes on to say, “I have no choice. I am not in the position to, alone, go into the ghetto and fight. I chose Charleston because it is most historic city in my state, and at one time had the highest ratio of blacks to Whites in the country. We have no skinheads, no real KKK, no one doing anything but talking on the internet.”

Those words are very similar to a post written by a commenter that appears to be Holt on an article on the white supremacist website American Renaissance in mid-April. “[Confederate General and Ku Klux Klan imperial wizard] Nathan Bedford Forrest should be an inspiration to every Patriot wishing to do his duty, and should serve as an example of how to successfully manage the coming race war,” the commenter, using the handle “Earl P. Holt III,” wrote.

On its website, the CCC posted a statement last week denouncing Roof’s actions and explaining how “deeply saddened” the organization is over the tragedy in Charleston.

“It is unclear what caused Roof to go on the shooting spree. It seems that Roof’s interest in racial politics started only very recently,” the statement reads. It goes on to say: “We pray, for the sake of all Americans, that there will not be an escalation of racial tension.”