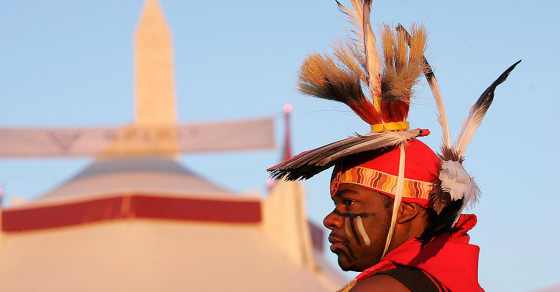 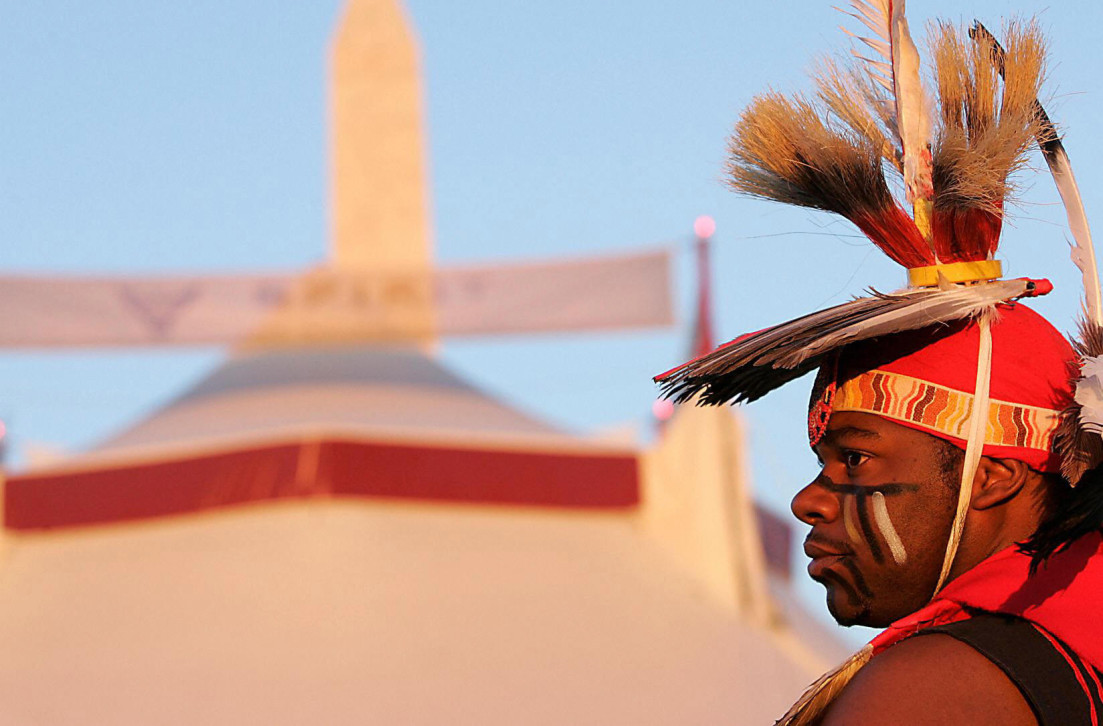 Yes, the Cherokee had slaves, and no, their descendants are not happy. They’re so unhappy, in fact, that they’ve sued the Cherokee nation that enslaved and freed their ancestors, only to kick them out a century later. On Saturday they’ll be gathering in Tulsa, Oklahoma, to prepare for next month’s court proceedings. What do they want? To be recognized as part of the Cherokee nation again, of course. Confused? You’re not alone.

The group, known as the Freedmen, have been fighting the Cherokee government for citizenship since it was revoked in the early 1980s on the basis that they lacked proof of native blood. Today around 3,000 reservation residents claim lineage from blacks once enslaved by the Cherokee and the rights they were entitled to.

Here’s what you need to know.

So the Cherokee had slaves?

Thousands, actually. And it wasn’t just the Cherokee. Many members the Five Civilized Tribes—Cherokee, Choctaw, Chickasaws, Creeks and Seminoles—all of them had slaves, though the Cherokee were the primary holders. By 1860, the tribe had 4,600 enslaved blacks under their dominion, owned mainly by a minority of elite members. Beginning in the late 18th century, white leaders encouraged the tribe to adopt the practice in order to facilitate large-scale agricultural production and their assimilation into the white way of life.

In 1827, the Cherokee even created a slave code virtually indistinguishable from that of white Southern plantation owners. The document explicitly barred slaves and their descendants (including those of mixed race) from owning property, making money, drinking alcohol and marrying into the tribe. Blacks were also categorically disenfranchised, even if they were free or partially Cherokee.

During removal in the 1830s, 2,000 slaves were forced to march westward with their masters on the Trail of Tears. The tribe eventually settled in what is now Oklahoma, and their agrarian nation prospered, largely because of slave labor. So when Lincoln threatened the practice of slavery at the start of the Civil War, the slave-dependent Cherokee pledged allegiance to the Confederacy.

A Cherokee and his slave

Their ancestors were eventually freed. What’s the Freedmen’s main gripe?

In a nutshell, they want to be reinstated as rightful members of the Cherokee tribe. In 1866, after the Civil War, the Cherokee agreed with the federal government to grant full tribal citizenship to all freed slaves and their descendants in the wake of the Cherokee Emancipation Proclamation. The tribe’s newest members became known as the Freedman.

But the Freedmen’s rights were not easily won. The Cherokee became possessive and resisted the division of their assests. The U.S. government was able to overrule their efforts to shut the Freedman out of land and financial allocations, but nearly a century later, all progress was reversed. Ross O. Swimmer, the Chief of Cherokee Nation, issued an executive order in 1983 requiring that all citizens have a “Certificate of Degree of Indian Blood” in order to vote. The certificates were based on the Dawes Rolls, a tribal census taken between 1899 and 1906. At the time, mixed-blood Cherokees were treated as full members, while Freedman were listed separately, regardless of any native ancestry.

Following Swimmer’s declaration in 1983, 25,000 Freedman descendants were effectively cut off from their heritage, initiating a racially heated rumpus, which endures to this day.

Why do they want to be identified with Cherokee when they were enslaved by Cherokee?

Maybe history, maybe culture. Maybe free health care and other benefits. Freedman lived as citizens of the Cherokee nation for over a century before their rights were revoked, and some even served in the tribal government. They feel that to deny them Cherokee citizenship, is to deny them their cultural heritage. Excluding Freedmen from the Cherokee community also cuts them off from a host of benefits native populations now receive from the federal government, not to mention their right to restitution. That includes everything from free health care and housing assistance to scholarship money and employment opportunities.

It’s a bureaucratic mess, and both sides are back in the courts. In 2006 the Cherokee Supreme Court ruled that the Freedmen’s native citizenship should be restored, saying that their government’s actions were unconstitutional. In response, Chad “Corntassel” Smith, then chief, called for a special election to create an amendment to repeal the ruling. After the vote, Freedman descendants were stripped of their citizenship yet again, which led to another brutal onslaught of lawsuits and appeals, battled out in U.S. and Cherokee courts. In 2011, the U.S. Department of Housing and Urban Development even went so far as to freeze $33 million in funds unless the Cherokee government granted Freedman the right to vote in an upcoming election for chief. The native leadership eventually caved, allowing the Freedman to cast ballots, but refused to budge on the question of full citizenship. The latest complaints were filed by both sides in 2012, and a federal court will begin sorting out the matter next month—hopefully for good.