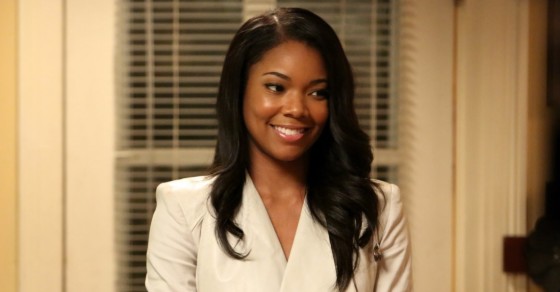 Celebrations Of Black Beauty Reign On Twitter
By Leigh Cuen

African Americans across the country have been using the hashtag #BeingMaryJane—tweeted more than 19,000 times—to share their personal experiences of beauty.

The namesake hashtag for BET’s drama, “Being Mary Jane,” created by Mara Brock Akil, has become a weekly platform for fans to talk about shared experiences among black women. And while fan chatter is ubiquitous on social media, what makes #BeingMaryJane buzz unique is the overwhelming majority of thoughtful and constructive conversations about race—practically a Twitter anomaly.

More This Hashtag Could Help Trans Folk Pee In Peace

The most recent episode explored race and beauty, featuring real interviews with African-American icons, including singer India.Arie and activist Michaela Angela Davis. Thousands of fans responded by tweeting about times they cried when a stranger called them ugly—using the slur “black monkey”—as well as men’s responsibility to speak out against sexism, and ways that African-American women can celebrate the diversity of their skin and hair.

The TV buzz overlapped with another positive trend on Tuesday, the Transgender Day of Visibility, where LGBT people—especially transgender women of color—used social media to take control of their public image. Likewise, many BMJ fans are posting selfies with positive affirmations on Twitter, Tumblr and Instagram.

These reactions on social media prove that viewers want to participate in media that celebrates diverse beauty. The empowering #blackout selfie trend that exploded last month, with over 180,000 tweets and thousands of Tumblr blogs, wasn’t an isolated movement. The next grassroots #blackout Twitter storm, to celebrate African-American beauty, will be on Friday, April 3.

Yep. Been called that before #BeingMaryJane cried too. Smh