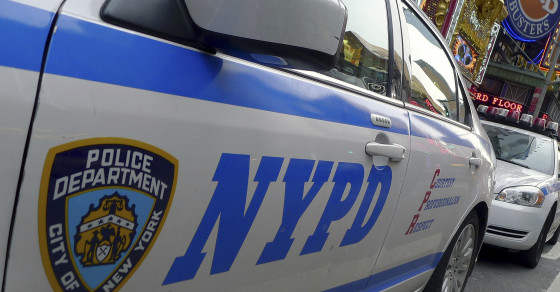 Threats Against the Police Spike on Twitter After NYPD Cop Killings

The execution-style murder of NYPD officers Rafael Ramos and Wenjian Liu this weekend was being celebrated on Twitter via the hashtag #Fuck12, which, according to Urban Dictionary, is an anti-cop phrase mostly used in Atlanta and in Oakland, California. The “12” refers to narcotics officers.

Since the shooting on Saturday, some have been tweeting their support for the killer.

Others have been calling for more cop killings.

RIP to the kid who gave 2 pigs their wings today. #fuck12 #moredeadcops

Officers Ramos and Liu were sitting in their patrol car when they were gunned down by Ismaaiyl Brinsley, who’d earlier announced on Instagram that an attack was imminent. Brinsley, 28, wrote that the killings would be retribution for the recent police shootings of Michael Brown and Eric Garner. After committing the double murder, Brinsley ran into a subway station and killed himself as armed officers closed in. “It’s clear that this was an assassination,” New York City Mayor Bill de Blasio said at a news conference Saturday night. Earlier that day, Brinsley shot and wounded his ex-girlfriend in Maryland.