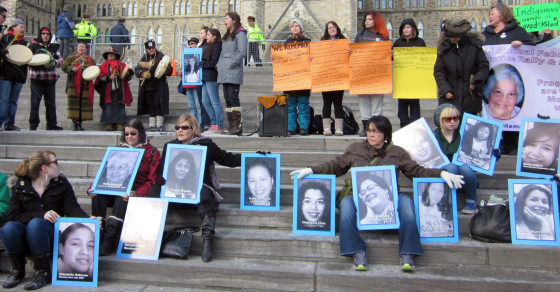 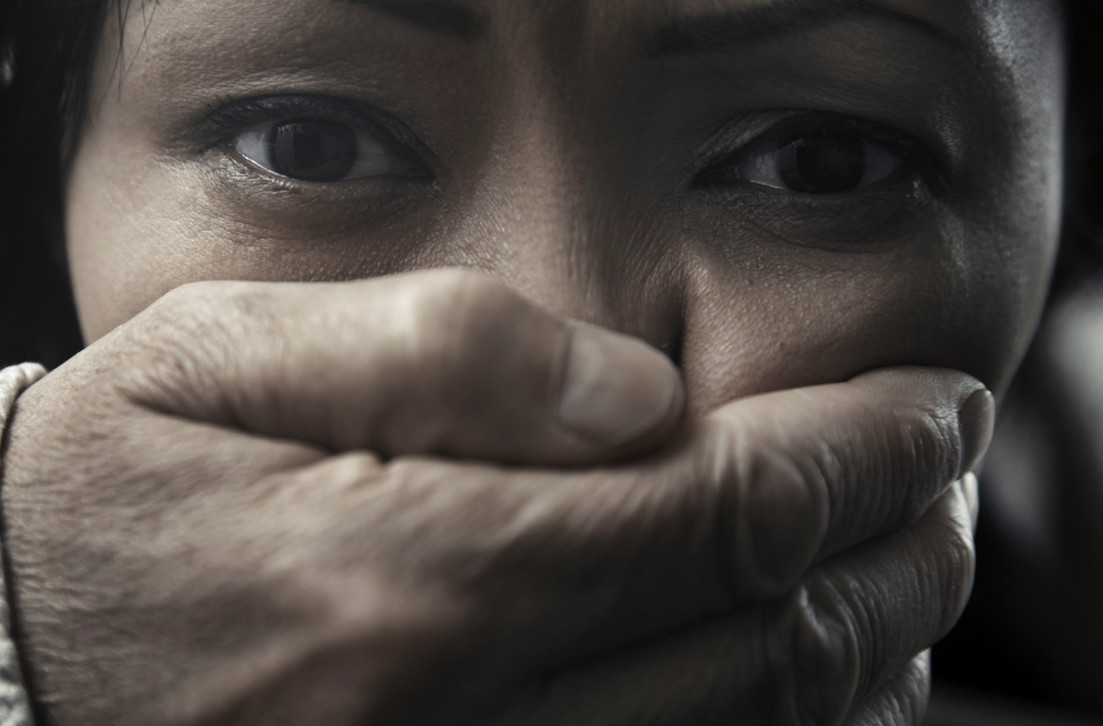 This February, the remains of 26-year-old Loretta Saunders, an Inuit woman from Labrador, Canada, were found in a hockey bag dumped near a barren stretch of the Trans-Canada Highway. A couple from Halifax, Nova Scotia, who had been subletting an apartment from Saunders were charged with her murder, but otherwise her death attracted little notice. Saunders joined the ranks of dozens of aboriginal women who disappear in Canada without a trace, and with little noise made about their absence.

Loretta Saunders had been writing her college thesis about Canada's missing and murdered aboriginal women when she was killed this February.

For the last decade, Amnesty International has said that indigenous women in Canada are going missing and being murdered at a much higher rate than other women in the country, even going so far as to call it a national human rights crisis.

Last month, Saunders’ cousin, Holly Jarrett, launched a social media campaign to raise awareness and call for the Canadian government to make a public inquiry into the murders. Jarrett’s campaign has resonated with women around the world who have expressed outrage over the disconcerting trend by tweeting, Facebooking, and Instagramming photos of themselves holding up signs bearing the hashtag #AmINext.

A few years ago Lauren Chief Elk, an indigenous rights activist based in Montana, co-founded the Save Wyąbi Mapping Project, which tracks reports of solved and unsolved murders and reports of missing indigenous women. The project, she says, has also tracked hundreds of cases in the United States. “It’s a continent-wide problem,” she tells Vocativ.

A map of murdered and missing indigenous women

#AmINext is not the first social media campaign to highlight issues among indigenous people in Canada. A few years ago, #IdleNoMore, a grassroots movement reacting to what it saw as legislative abuses of indigenous treaty rights, quickly spread across Canada via Twitter and Facebook—and off-line through pow-wows, protests and even a prominent hunger strike by one native leader outside the Canadian parliament in December 2012.

“#IdleNoMore and #AmINext are very much connected,” Chief Elk. According to her, the reason native women are going missing and being murdered at a much higher rate than other women is that Canadian society doesn’t value their lives as much. “In other parts of the world we call this violence femicide,” she says, “but [there’s a reluctance] to do that here.”

Whitehorse is calling for a national inquiry and an end to #MMAW! #aminext #imnotnext https://t.co/97NOaXMTpF 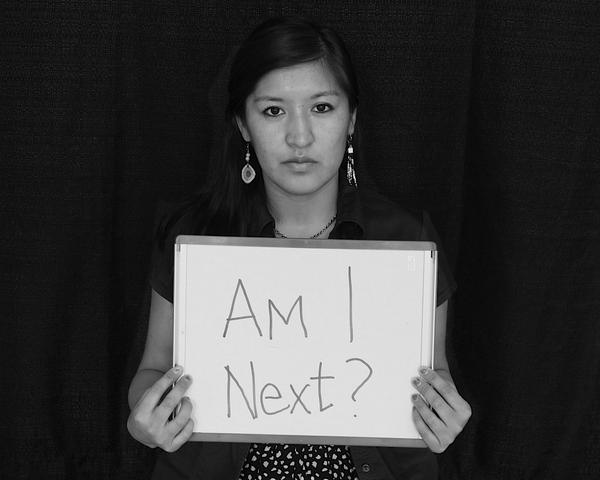 Another problem, Chief Elk says, is that the mainstream media doesn’t give nearly enough coverage to the problem. A 2010 academic paper found that in Canadian local press coverage, missing or murdered white women received three-and-a-half times more coverage than aboriginal women. The study said that articles about aboriginal disapperances or murders were shorter and less likely to appear on the front page, and that depictions of aboriginal women were more detached in tone and scant in detail in contrast to the more intimate portraits of white women.

For example, two years after teenagers Maisy Odjick and Shannon Alexander went missing from the Kitigan Zibi First Nations reserve about 80 miles north of Ottawa in 2008, a lion cub disappeared from the same reserve. “We had a search party. We had the police. We had helicopters. We had game wardens. We had everything,” a witness told the Canadian parliament’s Special Committee on Violence Against Indigenous Women. “[But] when these two human beings went missing, we had nothing. There were no dogs, no search party, no police, no media. What do we do when this happens? Who do we go to?”

Two teenage aboriginal girls from Otttowa who went missing in 2008.

Saunders’ cousin Jarrett says the #AmINext campaign illustrates a real fear among native women–that they will be the next woman to silently vanish. When she leaves her house with her kids, Jarrett says, she does so knowing that as a native woman she’s almost ten times more likely to experience violence just because of her ethnicity.

The Canadian government under conservative premier Stephen Harper insists that what has happened to the murdered or missing indigenous women across Canada are police matters, not a human rights issue, and should be viewed not as a sociological phenomenon, but as crime. At the end of September Canada was the only government at the United Nations that raised objections over a document designed to re-establish the protection of the rights of indigenous people. “It’s quite shameful to be a Canadian in that light,” says Jarrett.

To be fair, the Canadian government hasn’t been completely unresponsive. In 2010, Canada announced a five-year strategy aimed at addressing violence against aboriginal women which focused on community safety and the response of law enforcement (including the establishment of the RCMP’s National Centre for Missing Persons and Unidentified Remains.) And earlier this year it announced it would set aside $25m over the next five years to help reduce the violence and launch an action plan to provide more victims’ services, invest in shelters and improve law enforcement responses to incidents.

Yet some activists remain skeptical. Chief Elk points out there there the Royal Commission on Aboriginal Peoples conducted a similar inquiry in 1996, “and Canada hasn’t even implemented the recommendations from that.”

In a recent op-ed in Canada’s Bracebridge Examiner, Kenneth Black, a former politician who served in the legislative assembly of Ontario, wrote that he likewise doubted a national inquiry would change much. What’s missing, he said, is sustained action on roots of violence in indigenous communities. “They include sub-standard housing, and inadequate social services and health care; high unemployment and lack of economic opportunities; high rates of alcoholism and drug abuse; and poor attendance and high dropout rates in schools.”

Jarret, for her part, welcomes any efforts by the Canadian government. “An inquiry looks at more preventative measures before crimes happen,” she notes. “And an action plan puts immediate services and programming into effect.”

In the meantime, she hopes #AmINext will help convey the scale of what is happening to indigenous people. “I think that it is an awesome opportunity to mobilize and create a movement,” she says.