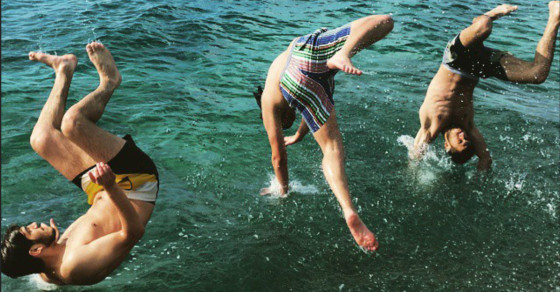 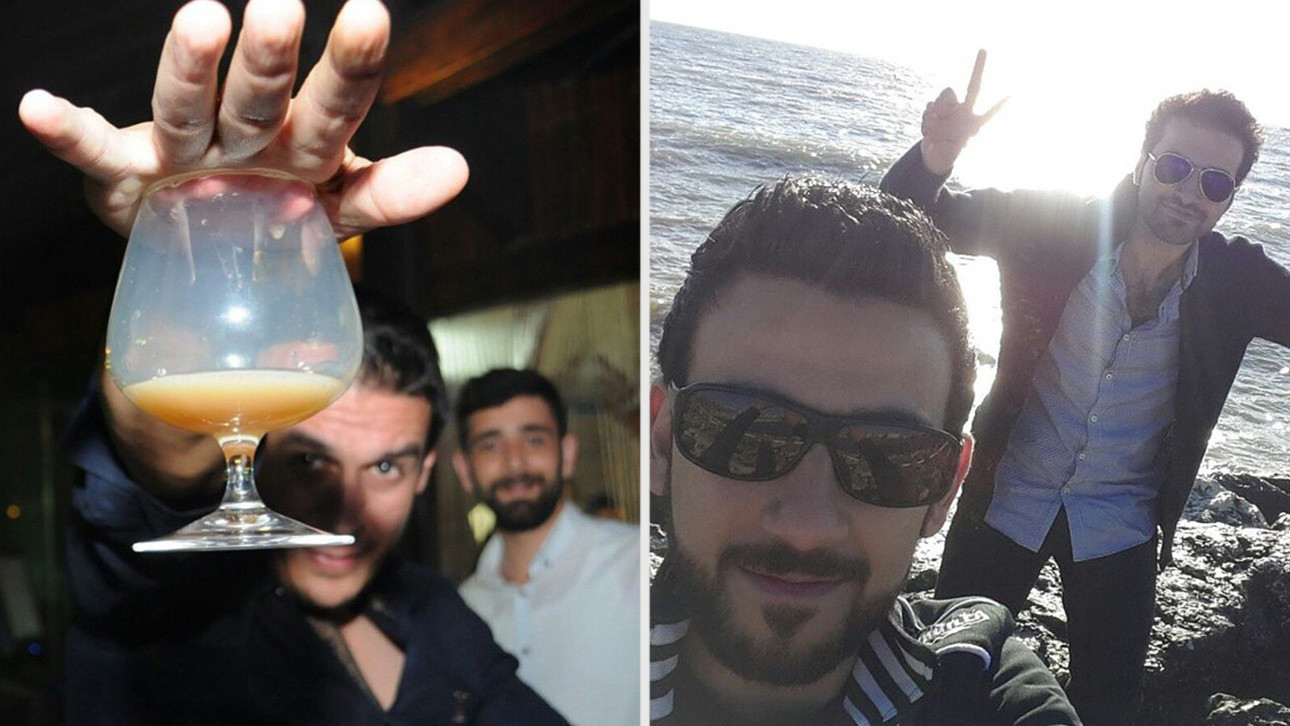 From their Instagram feeds they appear to be just like other young people enjoying the summer time: backflipping into water, chilling at a pool bar, basking in a sundrenched meadow. But the photos belong to a group of Syrians who have maintained their privileged lives, despite the war ravaging their country.

They’re Alawites, the country’s minority sect and its elite. Syrian President Bashar al-Assad and many in his ruling government belong to the group, which comes from a strand of Shiite Islam. They dwell in Tartous and Latakia, perched on the Meditteranean on the Syrian coast, where there are few scenes of war or famine or retribution from the Assad regime to haunt them. Still, some insist the war is never far away. Vocativ found their photos through geo-located Instagram images.

“It’s true there are no direct battles here, but we definitely feel the effects of war,” said Philip Hanna, a 19-year-old civil engineering student from Latakia. “There is an extremely high population here, and there’s a shortage of many things.” He would not elaborate, however, when asked by Vocativ what shortages there were. He says people who’ve fled the war in other parts of the country have come to Latakia because of its stability. “Almost everyone here has relatives and friends from all over the country,” he said, adding that the number of homeless in the area is rising.

“After four years of war, you just have to continue your life,” Hanna told Vocativ. “At first, people were terrified. Now, they understand that if we stay hiding and scared we’ll end up dead inside. Children must go to school, people must work. We all have a responsibility to keep this country alive.”

The Assad regime finds much of its support with the Alawites and another minority, Syria’s Christians. Christians living in other parts of the country have fled Sunni rebels and ISIS fighters, who have killed, kidnapped for ransom, or enslaved those they have captured as they take over towns. Many have come here. Tartous is some 60 miles from the city of Homs, one of the worst-hit areas in the conflict. Idlib, the scene of recent battles, is nearly 80 miles from Latakia.

Much of the ranks of Assad’s army is made up of Alawite soldiers, and their losses have been disproportionately high compared to the rest of the population. But their reward for supporting the Assad family for many decades has also brought them greater power, greater wealth, and greater opportunites.

Al-Sharif Ali al-Fadel, a 25-year-old economics student from Latakia, agreed. “You can’t say it’s normal life here or in Tartus,” he said. “Of course it’s better than any other part of Syria, but still. You can’t know what’s going to happen.”

From time to time, he said, a rocket hits the city somewhere. Because of the strain on supplies, prices for every day goods have skyrocketed. But at least there are still goods and services available. Al-Fadel says the city gets around 15 hours of electricity a day, more than what the rest of the country gets. (83 percent of Syria is darker today than it was four years ago, according to satellite imagery.) There are more than 7 million Syrians who are internally displaced from their war-ravaged homes and have come to the coastline to seek safety. “They are welcome, of course,” says al-Fadel, “but it adds another burden to our small city.”

“I can’t tell when it’s going to end and where, but I hope it does as soon as possible,” al-Fadel told Vocativ. “Frankly, I’m not optimistic about the future. You may understand if I refuse to speak (about Assad’s future as leader). People are divided, but all of them want to end this war.”

“No one knows the future of Syria,” says Hanna. “But life goes on. We still have art, beauty, kindness, politeness, and most of all, love.”