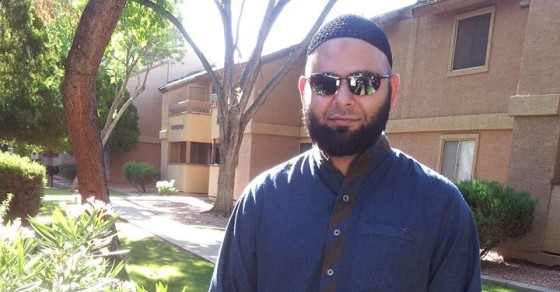 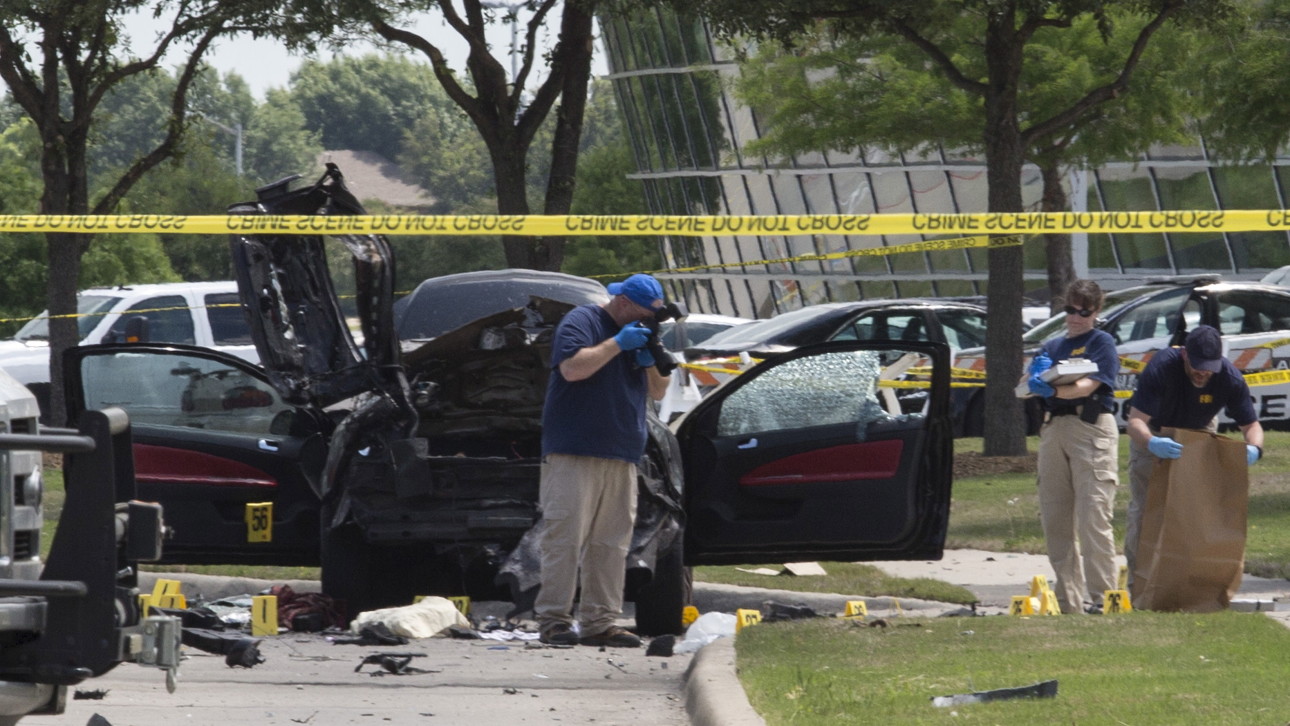 Authorities in Texas have identified Nadir Soofi as the second gunman who opened fire on a “Draw Muhammad” art contest in a Dallas suburb on Sunday night.

Soofi, authorities say, shared an apartment in Phoenix with Elton Simpson, who was convicted of lying to federal authorities in 2011 and was considered a terrorist suspect. The two men attended the Islamic Center of North Phoenix together.

Just minutes before Soofi and Simpson launched their attack at a community center in Garland, Texas, the two men posted messages on social media accounts with the hashtag “#TexasAttack.” Groups such as ISIS picked up on the hashtag and posted messages of support for the two gunmen, who were then killed by a police officer outside the building.

“The bro with me and myself have given bay’ah to Amirul Mu’mineen. May Allah accept us as mujahideen, make dua,” was posted on the since-deleted Twitter page of an account titled “Sharia is Light.” Bay’ah is Arabic for pledging loyalty, or allegiance. “Amirul Mu’mineen” is meant to be “the prince of the believers,” possibly Abu Bakr al-Baghdadi, the leader of ISIS.

According to his social media accounts, Soofi owned a carpet cleaning business in Phoenix, Arizona, and attended college in Salt Lake City, Utah, where records show he was arrested several times for violations including like reckless driving and unlawful possession, and purchase of alcohol by a minor. He also posted on Facebook about giving lessons on Islam at a juvenile detention center.

It’s unclear whether Soofi was being monitored by federal authorities. His accomplice, Simpson, was well known to the FBI since 2006 when the agency discovered Simpson was involved with a man trying to organize a terror cell in Arizona.

Shortly after the attack, one of Soofi’s relatives posted an image with Arabic writing to her Facebook page that included the translation, “O Allah, I ask you to grant me paradise and I take refuge in you from the fire.”

May Allah accept you amongst the shuhada. I dont know you but I love you for the sake of Allah #Texasattack pic.twitter.com/deYgiMAkZi

The tweet reportedly sent by Soofi was retweeted by a member of Islamic State calling himself Abu Khalid al-Amriki (the American). He says: “May Allah accept you amongst the shuhada (martyrs). I don’t know you but I love you for the sake of Allah. #TexasAttack