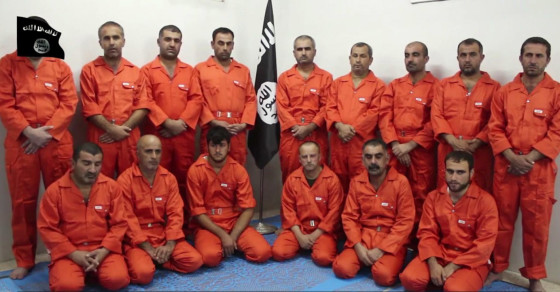 How ISIS Gets Its Hostages
By John Knefel

How ISIS Gets Its Hostages 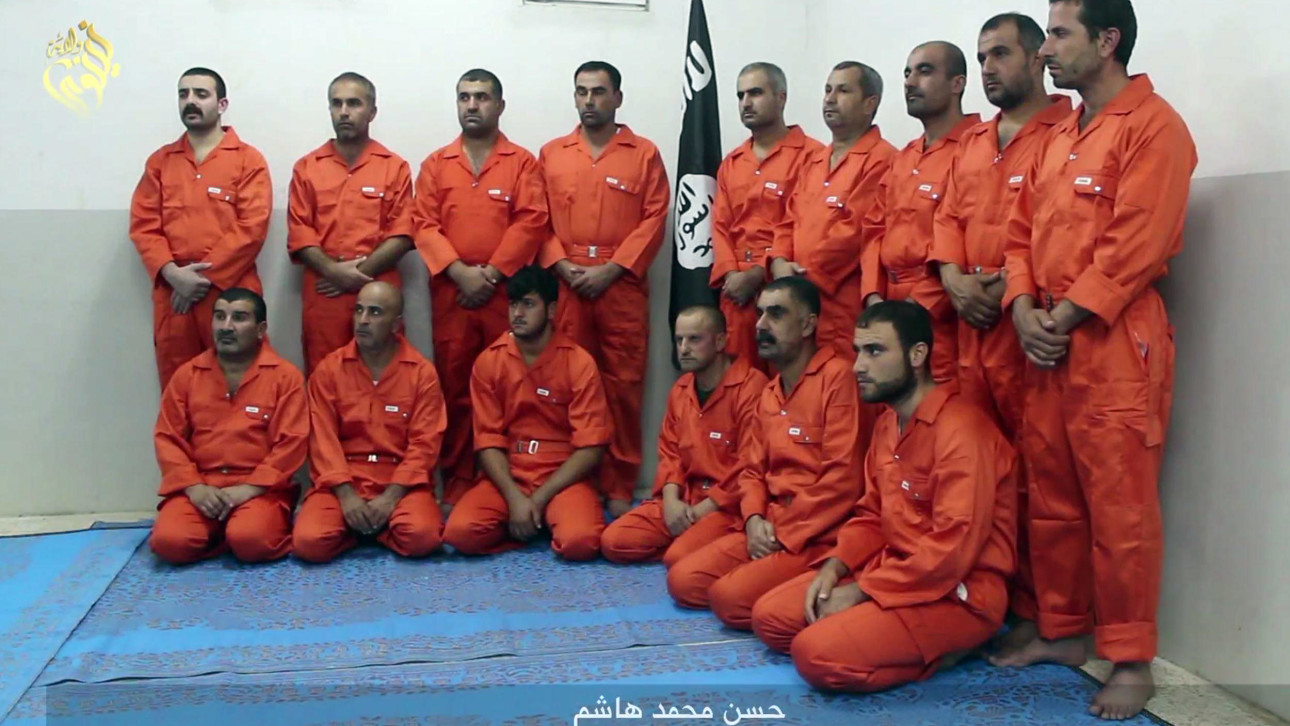 Recent accusations that a U.S.-backed rebel group in Syria helped facilitate the capture of an American journalist that ISIS later beheaded have drawn attention to a little-discussed phenomenon: the hostage black market.

Militant groups the world over have used kidnap for ransom as a fundraising tactic—Al Qaeda has raised at least $125 million since 2008—but the larger organizations that ultimately do the negotiating often have help from smaller fish in the initial stages of a capture. Since 9/11, Al Qaeda has perfected a protocol of enlisting local gangs to do the actual kidnappings as a form of risk management. “To minimize the risk to their fighters, the terror affiliates have outsourced the seizing of hostages to criminal groups who work on commission,” The New York Times reported earlier this year in a major investigation into kidnapping for ransom.

“Certainly AQAP in Yemen did this,” says Letta Tayler of Human Rights Watch, referring to Al Qaeda in the Arabian Peninsula. “But in those cases, tribal kidnapping rings—criminal gangs, not really terrorists—would kidnap someone and sell him/her to AQAP.” Under those circumstances, according to Tayler, the group or individuals who initially do the kidnapping may have little in common with members of Al Qaeda, and were just doing it for the money. The trade is essentially an economy of scale: Al Qaeda has the institutional knowledge and infrastructure to detain and move hostages, as well as negotiate for their ransom, that small groups don’t have.

American journalist Steven Sotloff, center, with Libyan rebels in 2011. Sotloff was kidnapped in August 2013 near Aleppo, Syria, and was later executed by ISIS.

According to many observers, ISIS functions differently—at least least for now. “Almost all of the foreign hostages held by IS were kidnapped directly by them,” says Peter Bouckaert, also of Human Rights Watch, using the truncated acronym for the group.

But one high-profile kidnapping case involving a U.S. journalist has raised questions about whether ISIS had another form of assistance. ISIS kidnapped Steven Sotloff in August 2013, and a member of the group later killed him in a gruesome video that was made public shortly after a similar video surfaced showing the murder of another U.S. journalist, James Foley. A friend of Sotloff’s and spokesman for the family, Barak Barfi, recently told The Daily Beast that a U.S.-supported group called Northern Storm tipped off ISIS to Sotloff’s location for a fee that Barfi estimates was between $25,000 and $50,000. Barfi, citing sources on the ground, had previously claimed that Sotloff had been “sold at the border,” which led some media outlets to incorrectly report that the U.S.-backed rebels had actually kidnapped Sotloff.

Secretary of State John Kerry, anonymous administration officials and Senator John McCain, who met last year with members of Northern Storm, have all denied Barfi’s version of events. (Barfi declined to comment for this story, and a State Department spokesperson declined to comment on the record.)

Mouaz Moustafa, the executive director of the Syrian Emergency Task Force—a pro-intervention lobbying group with close ties to the U.S. government—also disputes Barfi’s narrative. “The fact is Northern Storm are bitter enemies of ISIS,” Moustafa tells Vocativ. “If you logically think about it, ISIS would be giving a big amount of money to their bitter enemies to get one guy—and they don’t even have that sort of communication.”

More generally, Moustafa is “very skeptical” that ISIS buys hostages from low-level groups the way Al Qaeda does. “ISIS fights against all kinds of groups, and usually there isn’t the kind of mutual coordination where some of these deals might take place,” he says. Rather, he explains, ISIS deploys clandestine “intelligence teams, and those are people that are in different [rebel-held] locations who report back to [other members] and help facilitate the kidnappings of journalists and others.”

But as alliances in Iraq and Syria are formed and broken, which groups are willing to trade hostages to whom can change drastically. ISIS and the Al Qaeda affiliate in Syria, Jabhat al-Nusra (the Nusra Front), dissolved any association in February 2014, which likely ended any potential for prisoner trading. “But evidence suggests there was some transference of hostages prior to the split between al-Nusra and ISIS,” says Daveed Gartenstein-Ross, of the generally hawkish Foundation for the Defense of Democracies. And recent reports show the two groups may have begun cooperating again, following the U.S. bombing of Nusra militants.

Complicating matters further, says HRW’s Bouckaert, is that “there have been incidents of hostages being traded up or bought by other groups‎, including Jabhat al-Nusra.” If that account is accurate, it suggests that Al Qaeda’s representative in Syria is following in the footsteps of AQAP and other branches of the organization.

Bouckaert adds that ISIS would likely jump at the chance to buy foreign hostages, either from Nusra or less well-known groups. “Given the importance IS places on holding and ransoming foreign hostages, I am sure they would pay for foreign hostages held by other groups if the opportunity presented itself,” he says in an email. “With ransoms going as high as $10 million USD, the financial incentive to kidnap foreigners for ransom is very high indeed.”

Members of ISIS with wreckage from a Syrian war plane that the group shot down last month.

Public estimates of how much Western countries and organizations may have paid for the approximately 15 Western hostages ISIS released this year are scarce, but some reports claimed France paid ISIS $18 million for the release of four hostages. Germany was also rumored to have paid an undisclosed amount to ISIS for the return of a German national. Both countries have denied paying the ransom money.

Yet for all the focus on Westerners, the vast majority of people held hostage by ISIS are local Syrians, Iraqis and others from the region. “A much broader and more extensive kidnapping and extortion practice targets wealthy, and not so wealthy, Syrians and Iraqis,” says Bouckaert, “and is one of the main funding sources for IS and other groups in Syria and Iraq.”