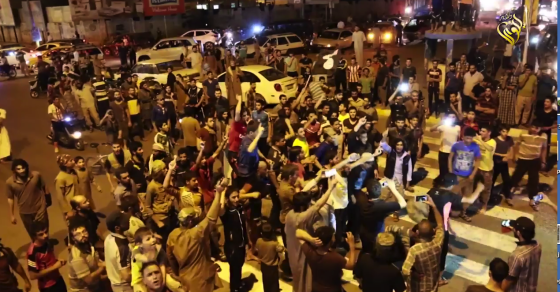 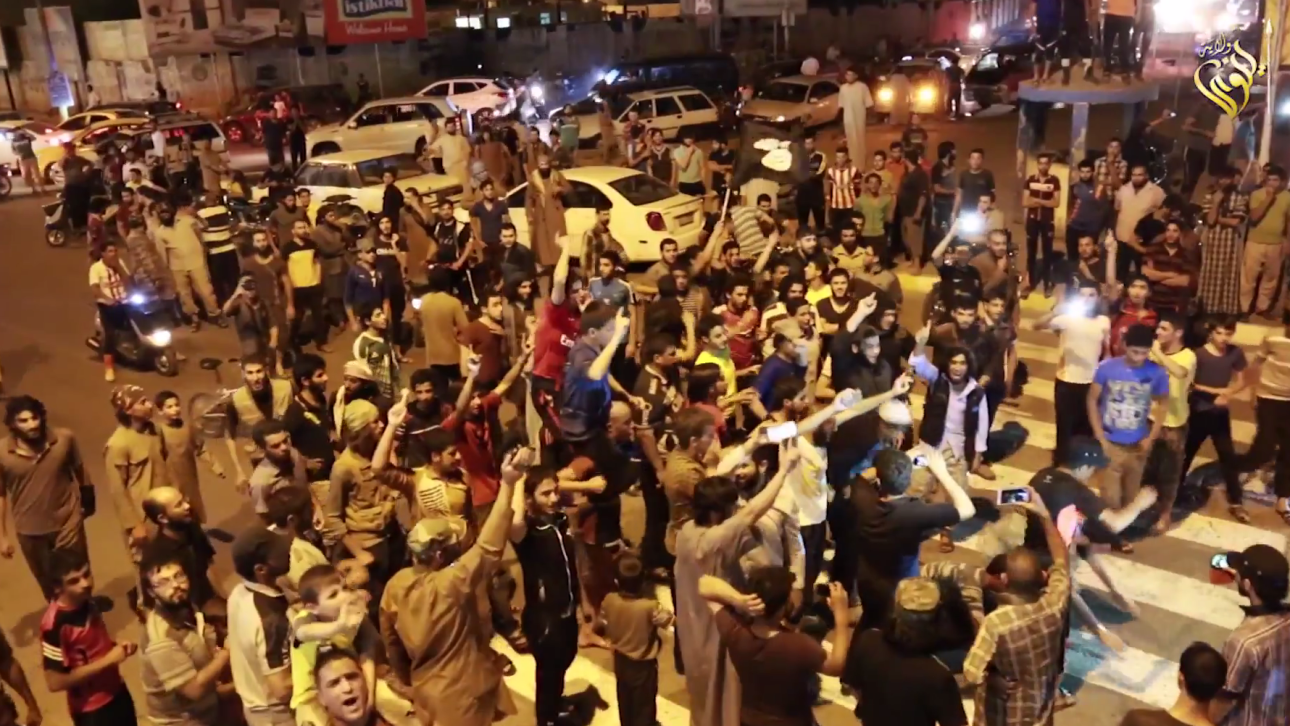 Scenes of jubilation filled the streets of the Iraqi northern city of Mosul, as men and boys loyal to ISIS waved flags, honked horns and stopped traffic to celebrate the weekend’s fall of the western city of Ramadi to the Islamic State.

Ramadi, the capital city of Anbar province, was for weeks the scene of pitched battles between ISIS fighters and government security forces and Shiite militias who swore the city wouldn’t fall. But an onslaught of ISIS explosions targeting police officers, followed by suicide bombers striking the provincial military headquarters, sent troops fleeing the building. They reportedly left behind 30 vehicles, weapons and assault rifles.

Mosul, which ISIS captured in the spring of 2014 and soon after declaring it had established an Islamic caliphate in the region, erupted in celebration. ISIS released a video from its official media arm in Nineveh showing men shouting in praise of ISIS, warning that Baghdad and Karbala and other Shiite holy cities would be next. “Baqiya,” they shouted, which means “We’re staying.”

Vocativ also obtained a 14 minute video released by the group showing the storming of the city center, fighters taking the police station and finding there abandoned weapons, ammunition clips, and uniforms belonging to both Iraqi Army troops and Iraqi Interior Ministry officers.

In Mosul, the five-star hotel the group commandeered for its ‘citizens’ opened for celebrations to everyone, and the nearby amusement park said entry was free for everyone to join in the latest military success.

Translation: “We invited you to visit the hotel and the amusement park for free in celebration of the success in the Anbar region and other successes in Syria.”

Meanwhile, Shiite militias are already preparing an assault to retake Ramadi. An official from Kitaeb Hezbollah, one of the Iranian-backed Shiite militias, claimed the group’s fighters were already in the region.

Scenes of Ramadi on Monday painted a grim, silent picture. ISIS released a video showing the deserted streets of the city, against the backdrop of the Great Mosque, one of the main landmarks in the capital. ISIS fighters were seen hoisting the flag atop buildings and along the main roads.