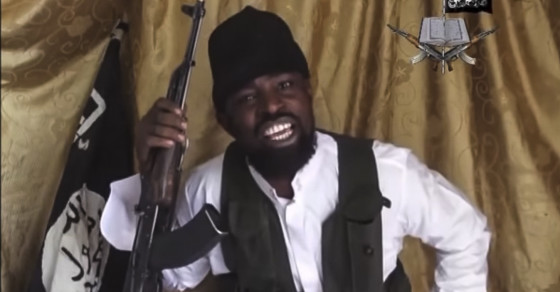 ISIS has responded to Nigerian militant group Boko Haram’s pledge of allegiance with praise, accepting the show of loyalty and promising further expansion.

In a rare audio statement, Abu Muhammad al Adnani, the spokesman for the Islamic State group, called the gesture “from the brothers in Western Africa” a “new door to immigrate,” and said that Muslims should travel to join their ranks in Nigeria if they were unable to cross borders into Syria and Iraq.

Earlier this week, Boko Haram, which has been fighting to establish Islamic rule in Nigeria for years through large-scale bombing and kidnapping campaigns, posted its message online calling on Muslims everywhere to recognize Abu Bakr al-Baghdadi as Caliph and pledge to him their obedience and loyalty.

Boko Haram’s addition to the ISIS network is only the latest in the region. Last year Baghdadi took on oaths of fealty from groups in Egypt, Libya, Yemen and Algeria. This year fighters in Afghanistan and Pakistan said they too recognized Baghdadi’s authority.

In his statement, Adnani claimed ISIS was unbowed after the Tikrit offensive this week, in which Iraqi security forces and Iranian-backed Shia forces attacked the northern city to wrest it from the group’s control.

“The crusaders are betting on Salah e-Din (the province of Tikrit) and aim to reach Mosul, and dream about retaking Sinjar or Tikrit or Mayadeen. We will establish (Islamic State) in Paris before Rome and Andalus [Spain],” he said. The group would expand to Jerusalem, Abu Dhabi, Sanaa, Kabul, Karachi and Riyadh, Tehran and Baghdad, he added.

Do All These Pledges Of Allegiance To ISIS Mean Anything? (Vocativ)