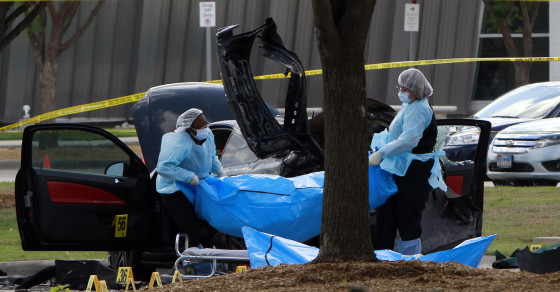 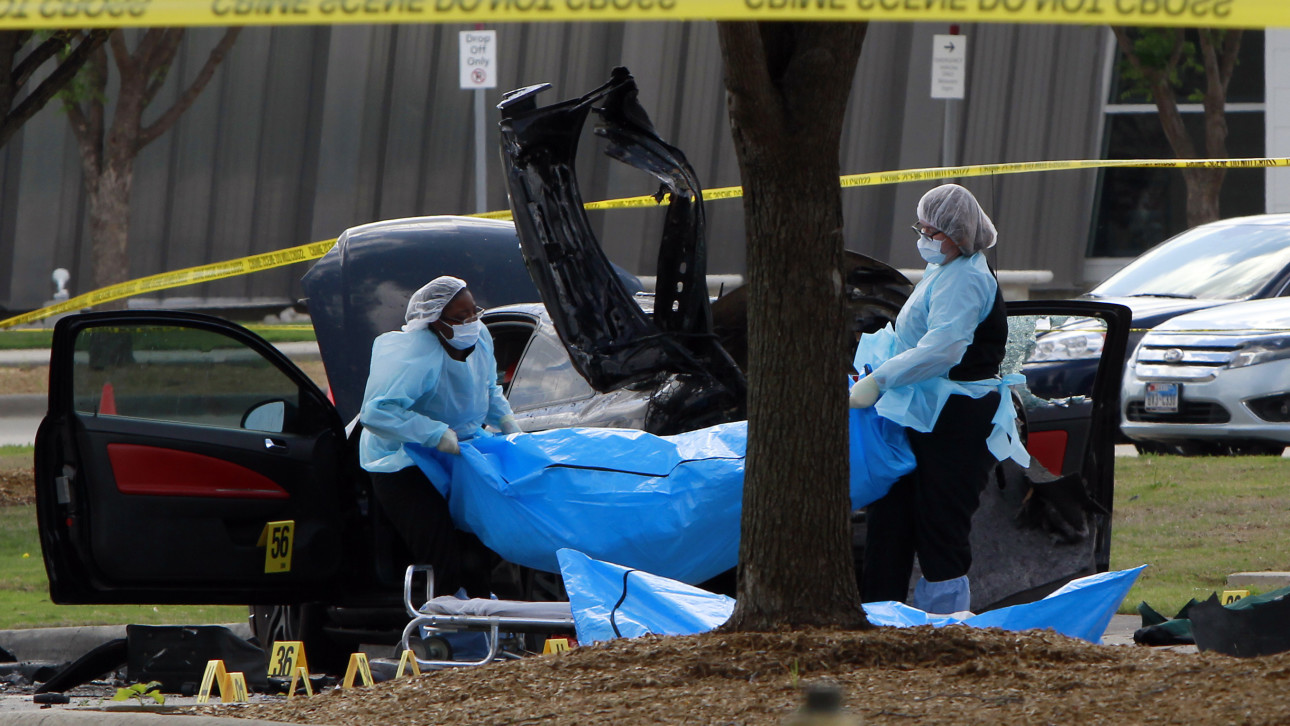 Crime investigators outside the Curtis Culwell Center in Texas — Getty Images
By James King
May 04, 2015 at 2:30 PM ET

The attorney who once defended one of two men who opened fire at a “Draw Muhammad” event in Texas on Sunday says she was “shocked” to learn that he was involved in the attack. She says she has represented a number of people charged with terrorism-related crimes. Some of them are the “worst of the worst,” but Elton Simpson was “one of the good ones,” she said.

“He was always respectful to me and my staff—did everything he was supposed to do,” attorney Kristina Sitton told Vocativ.

According to Sitton, Simpson didn’t come from a Muslim family and didn’t convert to Islam until he was in high school. “He said he was running with a bad crowd in high school—smoking, drinking and stuff,” she said. “He said Islam got him away from that stuff.”

Sitton defended Simpson against charges that he made false statements to an FBI agent in 2010 about a trip he was planning to take to Somalia to study Islam. He was facing up to eight years in prison if federal prosecutors had been able to convince Ninth Circuit Court of Appeals Judge Mary Murguia that the trip was related to international or domestic terrorism. Ultimately, Murguia in 2011 sentenced him to three years probation for the false statement. According to federal court records obtained by Vocativ, the judge determined that the feds didn’t make their case—despite audio recordings of Simpson talking about “jihad” with an FBI informant.

The FBI began investigating Simpson in 2006 after he was found to be in contact with a man who authorities believe was attempting to set up a terror cell in Phoenix, Arizona. Investigators began recording conversations between Simpson and the informant, Dabla Deng. The federal government paid Deng $132,000 to befriend Simpson under the guise of being new to Islam and needing guidance.

Between March 2007 and November 2009, Deng recorded more than 1,500 hours of conversations he had with Simpson, during which the two discussed fighting non-Muslims and how getting killed while waging jihad made it possible to get to heaven “straight away.”

In another recording, from May 29, 2009, Simpson tells Deng: “It’s time to go to Somalia, brother,” before explaining, “we gonna make it to the battlefield…it’s time to roll.” On January 7, 2010, FBI agents contacted Simpson and specifically asked whether he “discussed traveling to, or are you planning to, travel to Somalia?”

“I thought [the case] was completely ridiculous, to tell you the truth,” said Sitton, who told Vocativ that she’s “not a bleeding heart — I’m a Republican.”

“They show up at his house and ask him about something that happened two years ago, and he says ‘no’ and then faces federal charges?” Sitton said that in the 1,500 hours of recordings with Deng, Simpson only mentioned Al-Shabaab, a Somali terrorist organization, twice.

Federal prosecutors wanted Simpson to receive the beefed-up sentence of eight years because, they argued, his crime of lying to federal authorities involved terrorism. But Judge Murguia—an Obama appointee on what is often considered to be the most left-leaning appeals court in the country—found that there was insufficient evidence that Simpson’s false statement to authorities involved international terrorism.

On Sunday, Simpson posted on Twitter: “May Allah accept us as mujahideen,” with the hashtag “#texasattack,” before he and another man drove to the “Draw Muhammad” event at a conference center in a Dallas suburb and opened fire. Both men were fatally shot by security.

She questioned the motivation of the organizers of the “Draw Muhammad” event, as images of the prophet are highly offensive to many Muslims. “I kind of wonder what this event was about,” she says. “It just seems like they want to provoke people.”