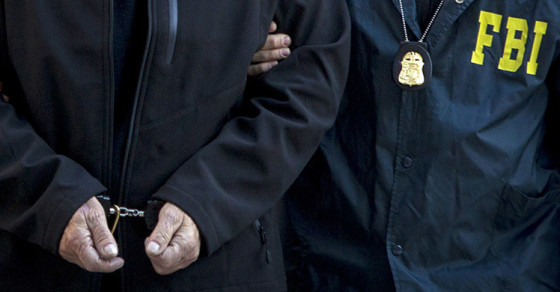 How the FBI Nabs Non-Terrorists for Lying in Terror Cases 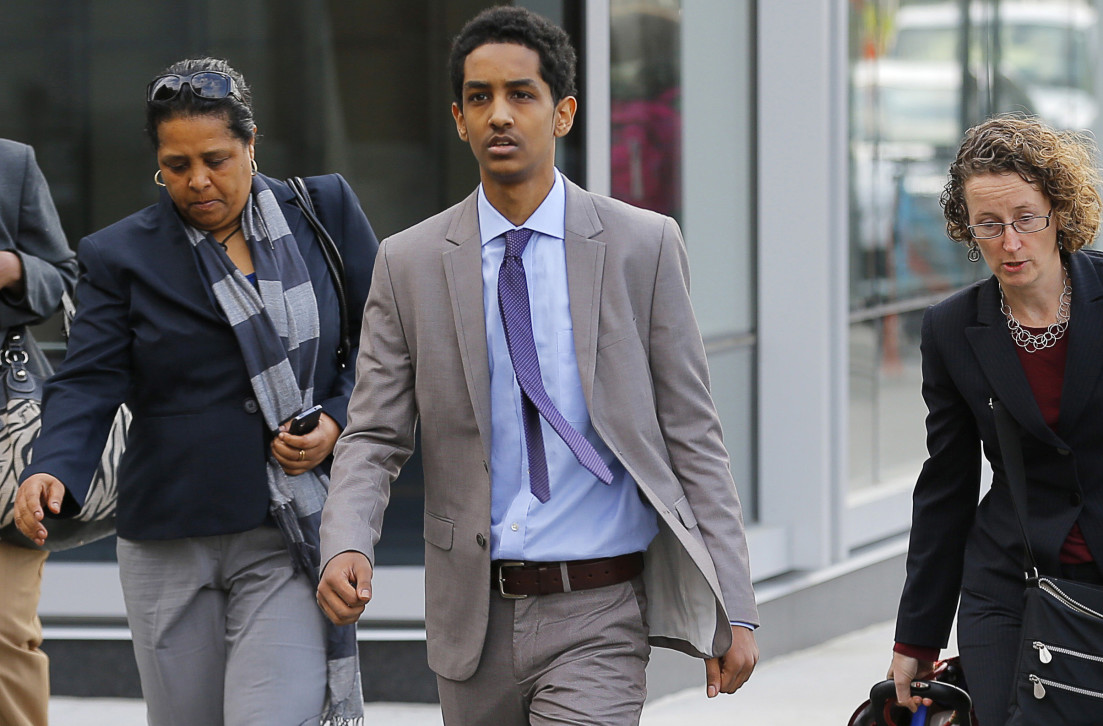 Two weeks ago, Robel Phillipos, a friend of accused Boston bomber Dzhokhar Tsarnaev, was found guilty in Boston federal court on two counts of making false statements to the FBI. The prosecutor’s claim: that Phillipos, who attended University of Massachusetts Dartmouth with Tsarnaev, lied four times to federal agents when he denied that he had entered Tsarnaev’s dorm room after the bombing, and also lied about knowing that two other friends had removed from the room a backpack, among other items. At no time did federal officials allege that Phillipos had anything to do with the bombing. Nonetheless, because he lied during a major terrorism investigation, Phillipos faces up to 16 years in prison.

Charging someone with making false statements is a powerful but little-discussed tool the FBI uses in terrorism cases to turn witnesses toward the prosecution. The statute is broadly written, and it can be a fallback charge when the feds don’t have enough evidence to ensure a conviction, particularly in high-stakes prosecutions.

“In post-9/11, the FBI famously went to what they call the ‘Al Capone’ strategy, in which they were going to prosecute people they suspected of terrorism for anything they could find,” says Mike German, a former FBI agent and current fellow at New York University’s School of Law. “That’s fine if they guess right and are going after terrorists, but I found in my law enforcement career that often when you couldn’t prove somebody was a terrorist, it was because they weren’t a terrorist.”

Robel Phillipos, right, a friend of accused Boston Marathon bomber Dzhokhar Tsarnaev, was convicted last month of lying to investigators. Though he had nothing to do with the bombing, he now faces up to 16 years in prison.

Phillipos, an avid pot smoker, maintained that he was “high out of his mind” on the night in question and didn’t remember where he had been. The prosecutor didn’t buy that defense, and neither did the jury. Now, having been found guilty of lying, Phillipos has agreed through his attorney to testify against Tsarnaev at his upcoming trial, though no deals have been offered yet.

One reason false statements charges have been so powerful is that until this summer—when a new Department of Justice policy was announced—federal law enforcement agents, including those from the Drug Enforcement Administration and Immigration and Customs Enforcement, were not required to record their interviews with suspects or witnesses. Instead, the agents, working in pairs, would simply note a person’s answer in a form, called a 302. Whatever the agent wrote down became the story; any deviation—either due to memory lapse or because the agent’s notes were incorrect—could land someone with the threat of a felony.

Harvey Silverglate, a Massachusetts attorney and longtime critic of the FBI’s interview policies, says so-called Form 302 interviews allow for selective law enforcement. “The agents, because it is their word against the interviewee’s word, can trap or entrap anyone who is dumb enough to agree to be interviewed and to open his mouth without a tape recorder going,” says Silverglate.

The new DOJ policy, first reported by the Arizona Republic, appears to require most interviews to be recorded—presumably because trial juries have come to expect audio and video recordings as evidence—but loopholes could be exploited by agents who want to sidestep the guidelines. Silverglate believes the new rules are nothing more than “a PR gambit to quiet critics and fool the news media.”

In terrorism investigations, charging someone with lying is a fallback option for the feds, especially when they don't have enough evidence to secure a conviction.

For one, the policy covers only interviewees who are in custody of law enforcement agents, which could leave out interviews in a suspect’s home. Silverglate sees that as a major problem. “Most of the damage done by the [false statement statute] scam is done when witnesses are interviewed in a noncustodial setting,” he says.

Even more alarmingly, the new policy provides what’s called a public safety exception, which frees agents from having to record interviews—in theory—if the public is at risk. In practice, that kind of exception could essentially allow all terrorism-related interviews to proceed without being recorded. “In that type of setting, the exceptions often swallows the rule,” says German, the former FBI agent. “It gives an easy out to anybody who doesn’t want to record the statement.”

(An FBI spokesperson tells Vocativ that exceptions to the new policy “will be limited in scope and narrow in application.”)

One particularly dubious false statements prosecution involved an Alaska man, Paul Gene Rockwood Jr., and his British wife, Nadia Rockwood, both of whom eventually pleaded guilty to lying to federal agents. Rockwood converted to Islam after 9/11 and began feeling increasingly depressed about U.S. foreign policy, according to a jailhouse interview. Through a leader at his mosque in Alaska, he began talking with a state trooper—posing as a potential convert—about Islam. After months of a blooming friendship, the trooper began directing the conversations toward violent jihad, a common tactic in terrorism stings. The trooper even told Rockwood he would pay him $8,000 to map out a plan to kill Americans. Rockwood wrote a list of potential targets and had his wife give it to the trooper.

Paul Rockwood pleaded guilty to lying to the FBI about an alleged plot to kill Americans. He was sentenced to eight years in prison.

When the authorities questioned the Rockwoods, each denied having anything to do with the list—thus opening the door for a false statements charge. Though neither took any steps toward violence, and Rockwood claimed he wrote the list only for the money the trooper promised him, each took a plea rather than face harsher terrorism charges. Though his wife was offered parole, Rockwood was sentenced to eight years in prison.

The FBI has long focused on setting false statement traps for Muslim leaders, a practice that continues, according to a recent report from the L.A. Times. “In several cases,” the Times noted, “imams were asked about their opinions on political affairs and other matters. Agents return and tell the imams that informants have contradicted their previous statements.” Hassan Shibly, a Florida attorney who represents Muslims targeted by law enforcement, told the Times the FBI is “laying the groundwork for a charge of giving false information to a law enforcement officer. That’s the trick to get them to cooperate.”

The practice of threatening Muslims with lengthy prison sentences for lying to the FBI is part of a larger strategy the feds have employed since 9/11. One of the most controversial elements is the repeated use of informants to manufacture terrorism plots that the FBI can then disrupt. Informants are often well-paid by the agency, and in many cases have their own criminal charges hanging over their head. A recent documentary by Al Jazeera highlighted the twisted incentives informants have to lure unsuspecting Muslims into talking about violent plots they’d never be capable of carrying out on their own.

For Silverglate, the attorney, these charges and investigative techniques are more about ensnaring people than protecting society. “This FBI Form 302 gambit is indeed the single most dangerous trap for the unwary citizen,” he says. “No law enforcement agency interested in truth would follow these practices.”