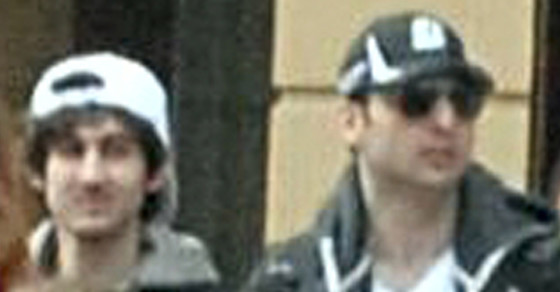 Did NSA-Style Snooping Blind the FBI to Boston’s Bombers?
By Mike Spies

Did NSA-Style Snooping Blind the FBI to Boston’s Bombers? 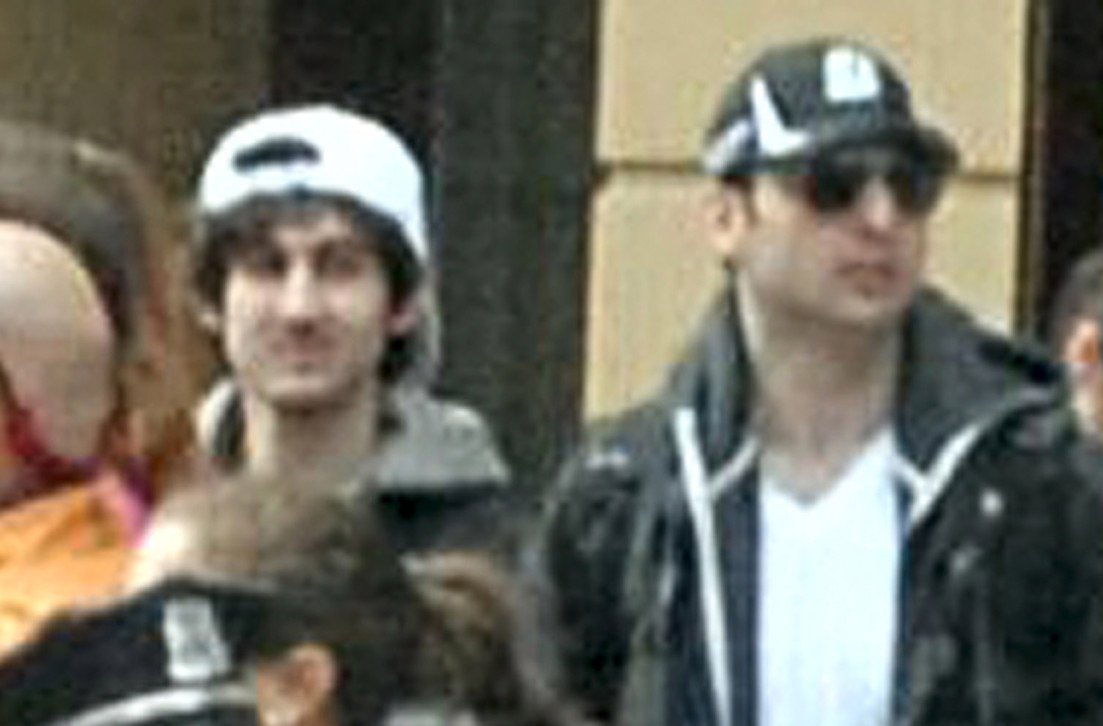 On March 4, 2011, more than two years before the Boston Marathon bombing, Russian intelligence informed the FBI that a 26-year-old Russian immigrant of Chechen descent might pose a threat to U.S. national security. The immigrant’s name was Tamerlan Tsarnaev, and along with his younger brother, Dzokhar, he would go on to carry out the worst act of terrorism on U.S. soil since 9/11, the attack on the Boston Marathon that killed three people and injured 264 others on April 15, 2013. A year later, one of the most pressing questions about the FBI’s investigation into the bombing is how the agency allowed Tamerlan to slip through its grasp.

When the bureau received the tip from the Russians in 2011, it opened an investigation—or an “assessment” in FBI parlance—that included at least one in-person interview with Tamerlan, as well as additional interviews with members of his family. Three weeks later, the Boston bureau’s Joint Terrorism Task Force, which brings representatives from the city’s police department and U.S. Customs and Border Patrol into the fold, placed Tamerlan’s name into a database of people suspected of extremism or ties to terrorists. Along with his name, there was also an alert, specifying that the Boston JTTF must be notified should Tamerlan make international travel plans, which would trigger pings upon his departure and return.

Later, when Tamerlan traveled to Russia and eventually returned to the United States, the JTTF was notified on both occasions. But what remains so disquieting, a year after the bombings, is the FBI’s decision to ignore the warnings. Recently, FBI spokesman Paul Bresson provided Vocativ with a rare inside look at the agency’s investigation of Tamerlan Tsarnaev, and what went wrong.

People gather at a makeshift memorial for victims near the site of the Boston Marathon bombings a day after Dzhokhar Tsarnaev was captured on April 20, 2013

On June 24, 2011, the bureau, after determining there was nothing suspicious, officially ended its inquiry into Tamerlan. But according to the inspector general for U.S. intelligence agencies, which briefed Congress last week on its latest report concerning the bombings, the FBI didn’t stop there—it continued to pump the Russians for additional information but were apparently ignored. The Russians dispute this claim, but if it is true, it means the FBI was still concerned about Tamerlan, even after the case was officially closed.

So then why, only seven months later, on January 22, 2012, when the JTTF received word that Tamerlan was leaving the country for Russia—where he would spend nearly six months in the volatile state of Dagestan, now considered the heart of the Chechen insurgency—did the agency decide he was not worth questioning? “You have to determine irregularities in travel,” says Bresson. “If he’s making constant trips overseas, going to places like Afghanistan and Pakistan—that’s something we’d need to look into. But this was just one time, and it wasn’t out of the ordinary. I mean, just in Boston alone, our JTTF gets tips like this every day. Nothing about Tamerlan’s trip threw up any warning signs.”

"Tamerlan’s case confirms what we have long suspected: The databases are so large that they are practically useless. When everyone is a suspect, no one is a suspect."

Kade Crockford, the director of the Technology for Liberty Program at ACLU Massachusetts, believes it should have. Crockford, perhaps the foremost authority on the lingering questions raised by the Boston bombings, sees the FBI’s failure to look into Tamerlan’s journey as part of a larger institutional problem. “Millions of people are listed in government databases as potential terrorist threats,” says Crockford. “The FBI has the legal authority to approach anyone for an interview, at any time. Tamerlan’s case confirms what we have long suspected: The databases are so large that they are practically useless. When everyone is a suspect, no one is a suspect.”

“The FBI, originally, was an investigative agency,” says Mike German, a fellow at the Brennan Center for Justice’s Liberty and National Security Program. But since 9/11, the bureau, like many federal agencies, has increasingly refocused its efforts on intelligence gathering as part of the overall counterterrorism agenda. This, German believes, is where the central failing lies.

“Just like false alarms dull the response of firefighters, these ‘see something, say something’ leads [result in] only cursory investigations, then they move to the next one,” says German. “The Boston FBI JTTF conducted 1,000 assessments like this one in 2011 alone, which should be evidence of the problem—if you’re doing 1,000 in a year, those are not going to be as thorough as you need them to be. And you’re not going to be treating them as criminal investigations.” One of the allegations against Tamerlan was that he was going to Russia to meet with underground groups. “This violates the laws of the U.S.,” says German. “So it’s difficult to understand why that didn’t raise more alarms.”

FBI agents stand next to photographs of two suspects at a press conference in Boston on April 18, 2013.

The FBI’s failings went beyond the years before the bombings; they also extended into the days immediately following the attack. On April 17, 2013, two days after pressure-cooker bombs exploded near the marathon’s finish line, the FBI received an image of both Tamerlan and Dzhokhar Tsarneav. But the FBI was unable to identify the two suspects, despite the fact that the agency had photographs of Tamerlan, who’d been arrested for domestic violence, in its database, and that the U.S. government had spent billions of dollars on facial-recognition software meant for just such purposes.

“We attempted to use the facial-recognition technology, but it didn’t work,” admits Bresson. “I’m not sure why.”

And what about the agents and police in the area—did they receive the images, too?

“It stands to reason that the images were shared with all agencies in the Boston community,” Bresson says. “But we literally had no idea who these guys were.”

At 5 p.m. the next day, on April 18, the FBI released the images to the public and opened up a hotline.  It wasn’t long before people began to call in and identify the brothers, who were star athletes in their community of Cambridge: Tamerlan was a Golden Gloves champion, while Dzhokhar was a standout high school wrestler.

Essah Chisholm, a teammate of Dzhokhar’s, reached out to the FBI that evening immediately after seeing the images on television, and so did others, too. But their calls did not affect the intensifying manhunt in Boston. Meanwhile, around 10:30 that evening, the two brothers killed an MIT police officer, Sean Collier, after trying to steal his gun.

“I’ve not heard [that] anyone identified Tamerlan,” Bresson says. “But is it possible? Maybe. We didn’t have time to sift through all the leads we were getting.”

Crockford finds this claim to be dubious. “What went wrong at the hotline?” she asks. “Who was in charge? Did the people answering the phones have access to computers with the Internet?” If so, the brothers’ names could have easily been Googled or plugged into a database. Perhaps, then, Tamerlan would have finally raised a red flag.

“Were we able to get a positive identification,” Bresson says, “we might have been able to trace them.” Instead, Tamerlan remained unknown to the bureau until he died on April 19, early the next day, after a shootout with police in the streets of Watertown, a quiet Boston suburb.

By that point, the damage was already done. And Crockford, a resident of the city, still can’t make sense of it. “If the FBI pieced together the info they already had, all the trauma could have been avoided,” she says. “I mean what is the point of operating a massive, costly, rights-infringing surveillance apparatus if key warnings from the system are routinely ignored?”