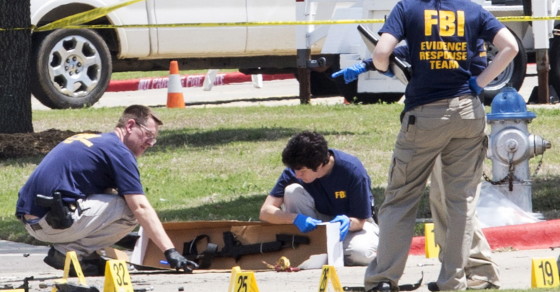 Failed Texas Attack Is Still A Win For ISIS 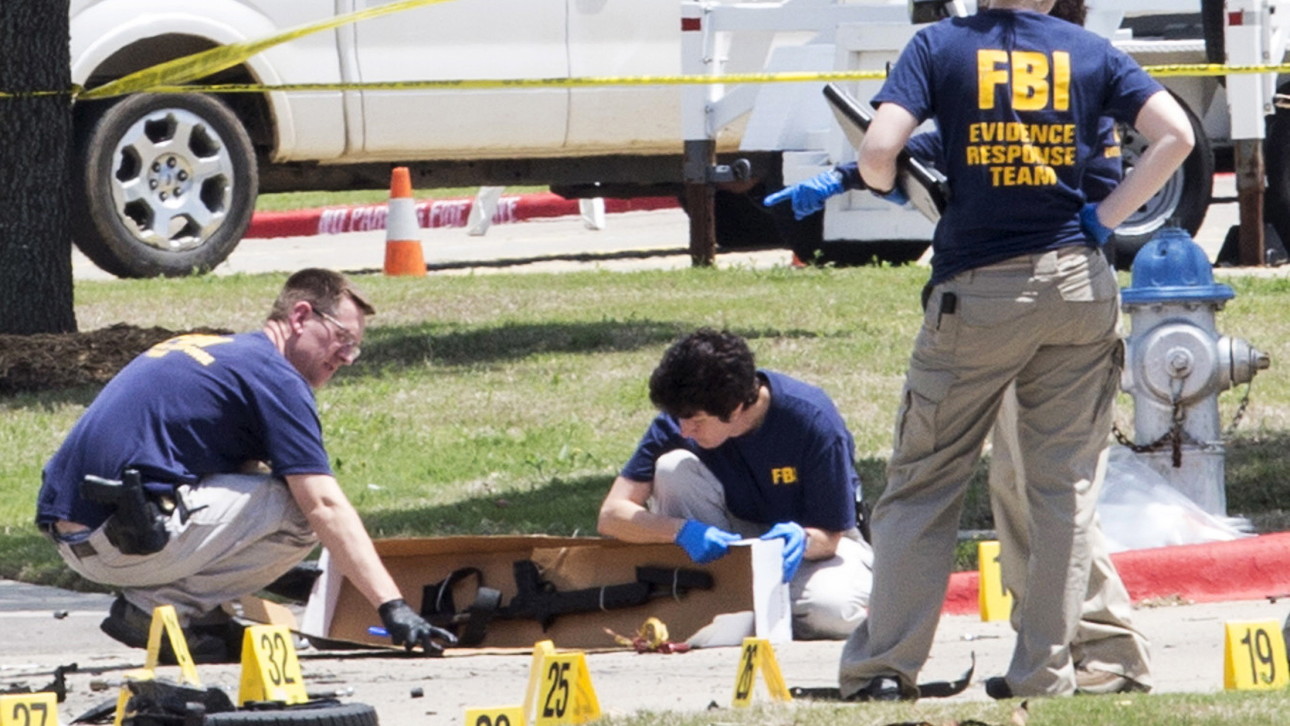 Why was ISIS so eager to claim it was behind two gunmen’s botched attempt to attack a community center in Garland, Texas, particularly since they were the only ones killed?

Moments before making their way to the Curtis Culwell Center in Garland on Sunday evening to disrupt a “Draw Muhammad” event, one of the shooters tweeted their allegiance to the “Prince of the Faithful,” even though at least one ISIS fighter in Fallujah said in a retweet that he had never heard of the men before the attack. Not long after, however, ISIS proclaimed in an audio message that the two men, Elton Simpson and Nadir Soofi, were theirs.

“That’s how it looks from the outside, that it looks like a failed mission,” said Charlie Winter, a researcher at Quilliam, a London-based think tank. “But ISIS is claiming that the soldiers of the caliphate are in America, and they’re willing to carry out operations regardless of whether it was successful or not. The operation failed, but it was categorical evidence that people who support ISIS are present in the U.S., and that in itself is a success.”

There is no evidence suggesting ISIS knew of the attack before it occurred, or was involved in its planning, said Patrick Skinner, director of special projects at The Soufan Group. “They would claim credit for anything and everything, just to get their name out there. They don’t regard any attack as a failure, to them, there’s no such thing as bad publicity,” he said.

The reaction online from supporters has been overwhelmingly positive and defiant. Simpson was lauded as a “brother” and a “martyr” entering paradise. One of the Islamic State’s notorious operatives, British terrorist Junaid Hussain tweeted: “They Thought They Was Safe In Texas From The Soldiers of The Islamic State.”

“ISIS is very keen to wage pyschological warfare against the West, the more it can present itself as a movement, the more it can say it can’t be stopped, and that they can take the fight anywhere” said Nick Heras, a researcher at the Center for a New American Security, a Washington, D.C.-based think tank. “There’s a large amount of funding going to counter ISIS’ message to present it as a failed experiment that doesn’t have staying power and needs to associate itself with the idea that its capability is inevitable.”

“They might as well have driven into a tree,” said Skinner, of the futility of the attackers’ mission. “But it generated a lot of talk, it justified extremist positions. ISIS judges success by the reaction, they’ve completely switched the model of the impact of an attack.”

That “model” of an attack’s impact is a point at which ISIS and its greatest ideological nemesis al-Qaeda, disagree, Skinner said. Although both networks encourage “lone wolf” attacks, al-Qaeda has sought to portray itself as a more structured and established movement with command and control over its global operations. “Al-Qaeda has done well because they’re still the major external threat, they’ve long been around,” he said. “ISIS is trying to short circuit that. They’re just going online and saying anyone dangerously disturbed can act in our name, and they do it. It’s irresistible.”

ISIS’ propaganda battle is focused on several fronts: it’s directed at the West and towards its own citizens and supporters, but also at potential recruits who are abroad or possibly members of other militant groups. One of its greatest battles is to win over support from the older, more-established al-Qaeda, which has already disdainfully done away with any links to the upstart group.

“There was a sense that al-Qaeda is no longer relevant, ISIS is more vocal and craves more media, and that’s its strategy and how it maintains the perception that it has momentum driving it,” said Quilliam’s Charlie Winter. “Within the specter of support for al-Qaeda people have been drawn to ISIS because it’s seen as a doer rather than a sayer. But al-Qaeda has been making gains in Syria and in Yemen, and there are some who think ISIS is a temporary thing.”