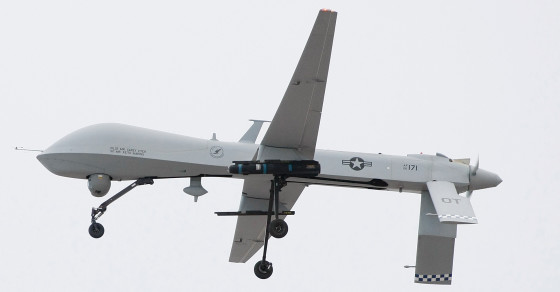 Why the U.S. Drone War Could Last Forever
By John Knefel

Why the U.S. Drone War Could Last Forever 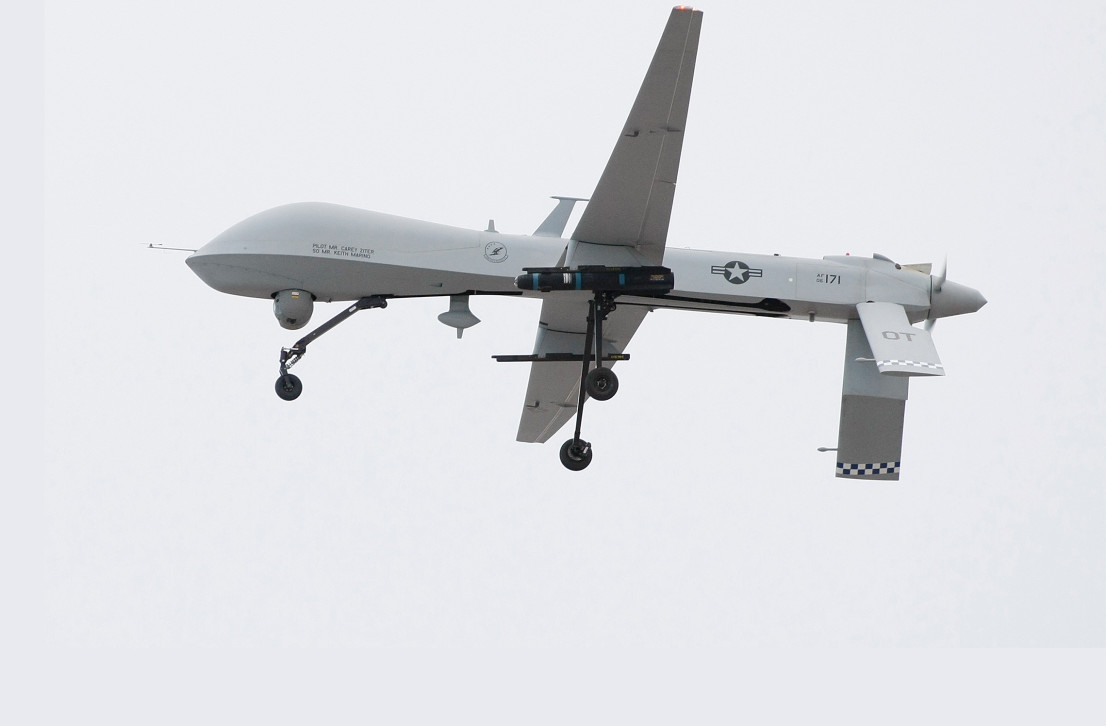 The U.S. military’s combat mission in Afghanistan is scheduled to end this year, presumably closing the chapter there on 13 years of war. But the covert drone war in that country and neighboring Pakistan could continue long after most American troops return home, according to a White House spokesperson.

The drone program in Pakistan is run by the CIA and remains shrouded in secrecy. The vast majority of covert drone strikes during President Obama’s two terms have been conducted in the Pakistani tribal regions, mainly because Al Qaeda and Taliban militants have sought refuge in the area—where Pakistan’s central government has little control.

In a May 2013 speech, President Obama spelled out new drone strike guidelines that seemingly should go into effect after the U.S. combat mission in Afghanistan ends this year.

But in a major speech last year, President Obama laid out a stricter new set of drone guidelines to regulate U.S. strikes in areas “outside of active hostilities.” The war in Afghanistan was exempted from the heightened rules, but Obama’s speech seemed to indicate that would change as the conflict there winds down. “[B]y the end of 2014, we will no longer have the same need for force protection, and the progress we’ve made against core Al Qaeda will reduce the need for unmanned strikes,” Obama said at the time.

Now, however, the White House tells Vocativ that those stricter drone guidelines—which include a “near certainty” that civilians won’t be killed—will not necessarily take effect after the formal end of the American combat mission this year. Asked if the heightened rules would apply in Afghanistan and Pakistan in 2015, Mark Stroh, a spokesperson for the National Security Council, says they might not.

“We don’t have any changes to announce at this stage,” says Stroh. He adds that “currently the Afghan war theater is considered an area of active hostilities, and therefore does not fall under” the new guidelines. His statement suggests that this year’s troop reduction doesn’t signal the end of combat operations in Afghanistan, thus extending even further the longest war in U.S. history.

Critics of the drone program argue that, according to Obama’s own statements, the U.S. should set a higher bar for drone strikes in Afghanistan and Pakistan starting next year. “The president promised to end the war in Afghanistan,” says Chris Anders, senior legislative counsel at the American Civil Liberties Union (ACLU). “With [that] should also come a much higher threshold for the use of lethal force.”

U.S. soldiers board a plane on their way home from Afghanistan. The 32,000 American troops now there will be reduced to 9,800 after this year.

Daphne Eviatar, the senior counsel for law and security at Human Rights First, wonders what the troop reduction means if not the end of the war in Afghanistan. “If the planned U.S. combat troop withdrawal means anything, it should mean an end to active hostilities in the area, otherwise why would we be withdrawing combat troops?” Eviatar says in an email.

In 2010, at the peak of the American drone program, the U.S. launched approximately 117 strikes in Pakistan, though that number has dropped significantly in recent years. In 2014 there have been about 16 attacks, with no strikes at all in the first half of this year.

But this month there’s been a sharp increase in U.S. drone attacks in Pakistan. Some observers attribute this to the recent signing of a security agreement between the U.S. and Afghanistan, which secured the U.S. military’s continued presence in the region. The deal, known as the Bilateral Security Agreement, allows roughly 10,000 U.S. soldiers to remain in Afghanistan for 2015, and about half that number the following year. “The BSA has made the U.S. more confident of its role post-2014, and therefore the [drone-strike] uptick,” says Taha Siddiqui, a journalist who covers security issues in Pakistan.

A CIA-piloted Predator drone in Afghanistan.

The suspicion that the BSA laid the groundwork for the increased strikes is shared by Mustafa Qadri of Amnesty International. “It seems conceivable to me that under that agreement, the Afghans and the Americans could use Afghanistan as a place to be maintaining and perhaps expanding drone operations into Pakistan,” says Qadri.

The surge in U.S. drone strikes comes after a four-month operation by the Pakistani military to dislodge extremists groups in tribal North Waziristan—which has displaced more than 1 million people. But Siddiqui notes that Pakistan isn’t focusing on all of the militant groups in the region. Instead, it’s going after only those groups that primarily attack Pakistani, and not U.S. or Afghan, targets. He suspects that the U.S. waited to see the outcome of the operation, and when it became clear that Pakistan wouldn’t go after all of the groups, “the only viable option for the Americans is to go back to their old policy”—namely killing extremists in the region with drone strikes.

Pakistanis feeling a military operation in the tribal area of North Waziristan. The region saw a surge in U.S. drone strikes this month.

The latest round of attacks included targets in South Waziristan, which the Pakistani military allegedly cleared of militants in a large-scale offensive in 2009. Qadri of Amnesty International says the new attacks in previously cleared areas shows the short-sightedness of the American campaign to eradicate extremism through assassinations. “Drones may be a more accurate weapons platform than other aircraft,” he says, “but the targets can move somewhere else, and it’s simply not possible to eliminate every single suspected militant, let alone carry out these killings without also killing civilians. It just shows you that it’s a vicious cycle.”

Recently, some militants in the area have pledged an oath to the Islamic State (better known as ISIS), which only increases the likelihood that the U.S. government will continue its drone campaign in the region. “The strategy will remain assassination over a deeper attempt to address the underlying causes,” says Qadri.