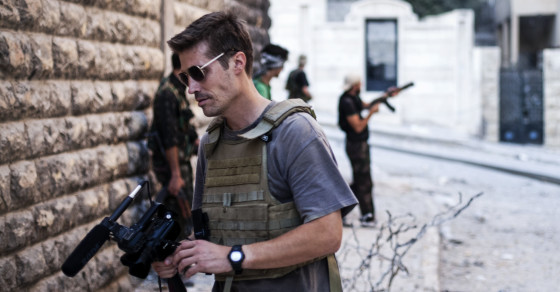 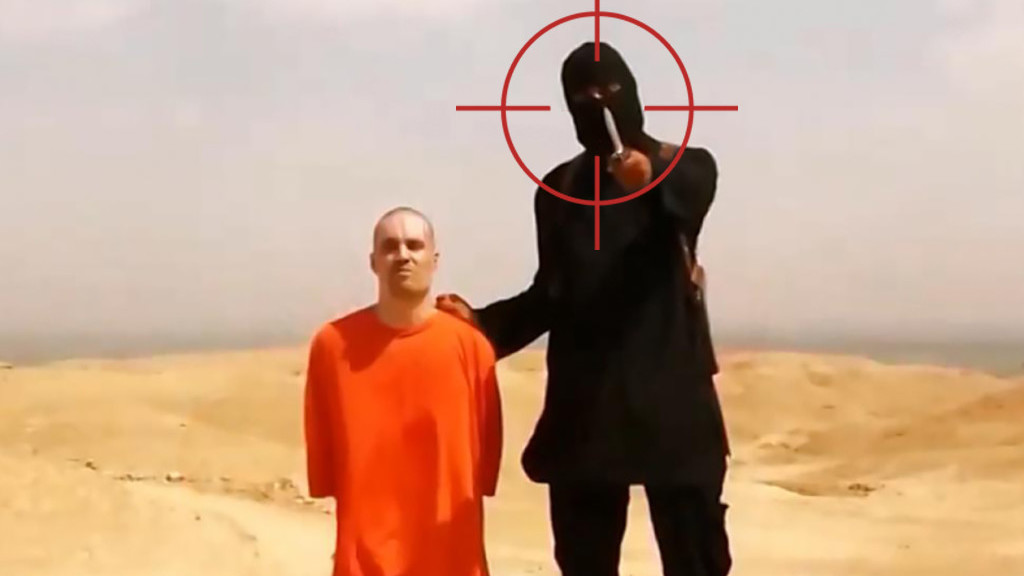 As investigators began trying to identify the killer, there didn’t seem to be much in the way of clues. The man in the video was completely masked, and there were no buildings in the background. The killer didn’t identify where he was or the people he was with.

But British military officials apparently came “close” over the weekend to determining the killer. “I do know from my colleagues at home that we are close,” Peter Westmacott, the British ambassador to the United States, told CNN. “But I can’t go much further than that at this point.”

He added: “And there are some very sophisticated technologies, voice identification and so on, which people can use to check who these people are.”

One of the prime suspects in the case is actually a prolific British rapper named Abdel-Majed Abdel Bary, aka L Jinny. According to multiple reports, Bary had become radicalized in recent years and began fighting with ISIS, now the Islamic State, last year in Syria. Two weeks ago, he posted a picture of himself and a severed head on Twitter, writing, “Chillin’ with my homie or what’s left of him.”

According to The Independent, his voice might be what gave him away. “A sound expert who compared the footage of the brutal killing with Bary’s rap songs told the paper there was a ‘big likeness’ between the voices,” the paper reported.

The military is no doubt pursuing Foley’s killer through old-school intelligence channels. But you might be wondering: Which “sophisticated technologies” is Westmacott talking about?

First off, there’s the scenery in the video. To you and me, it appears like the video is being filmed in some anonymous desert. But look a little closer and you’ll find that there are actually some clues about its location. It’s those little clues—some trees in the background and a small hill in the distance—that enabled one British video and surveillance expert, Eliot Higgins, to make a startling observation.

Higgins analyzed the topography of the land in the video last late week and cross-referenced it with recent satellite imagery of Syria. Within just a few days, Higgins announced he’d found the location: Raqqa, a notorious city where Syrian soldiers have previously been beheaded. Higgins analysis’ has not been confirmed, but he presents a compelling case using side-by-sides of satellite images and stills taken from the video.

The second method, facial recognition, will obviously be less helpful in this situation since the man is masked. However, it’s not totally useless. “Research has shown that the eye component of the face can give you close to 70 percent of the components found on the whole face,” Anil Jain, a biometric recognition expert, told Bloomberg. (One catch with this video, he added, is that the eyebrows aren’t visible, which makes it less informative.)

Facial recognition technology often gets touted as the future of criminal identification, but it’s people’s voices that might actually be most useful in these types of investigations, even if it’s not a perfect science. (A person’s health and mood can affect the voice.)

Four years ago, British intelligence managed to eavesdrop on the conversation of a group of men chatting near the Pakistan-Afghanistan border. They then identified the speakers by their “voiceprint,” and 12 suspects were arrested.

The FBI integrated voice identification into its biometric arsenal in 1996 and calls voice recognition a “popular choice” for remote authentication “due to the availability of devices for collecting speech samples (e.g., telephone network and computer microphones) and its ease of integration.”

In a world where Siri can barely recognize your request to play Arcade Fire, it may seem unlikely that voice recognition might actually be too effective. But it essentially functions as a way to narrow down the list of suspects.

For the past several months, military analysts from the United States and Britain have been recording the voices of known ISIS militants from YouTube clips they’ve uploaded. Now they’re comparing voices pulled from those videos with the man who beheaded Foley. In the video, that man speaks with a British accent.

“British counterterrorism agencies conduct extensive eavesdropping in the United Kingdom on people suspected of being extremists and have archived recordings of many of them,” The New York Times explained over the weekend. “In addition, some foreigners who have joined ISIS have left long web trails that include audio of their voices on YouTube and other sites.”