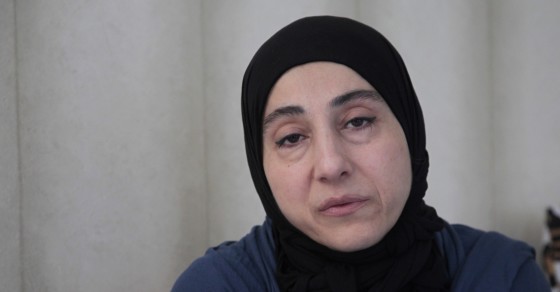 Exclusive: Mother Of Boston Marathon Bomber Says US Will Burn
By Sarah Kaufman

Exclusive: Mother Of Boston Marathon Bomber Says US Will Burn

Correction: An earlier version of this story stated incorrectly that Zarina Kasenova is friend of Zubeidat Tsarnaeva. It was been corrected to make clear that she’s a supporter.

With her terrorist son sentenced to death, the mother of Boston Marathon bomber Dzhokhar Tsarnaev sent raging messages to his supporters saying the United States will burn “in the flames of an eternal and terrifying fire,” a person who knows the mother told Vocativ.

“They think that they are killing us and they celebrate this, but we are the ones who will rejoice when Allah grants us the chance to behold them in the flames of an eternal and terrifying fire, an otherworldly flame,” Zubeidat Tsarnaeva wrote Sunday in a WhatsApp message to Zarina Kasenova, a supporter.

Zubeidat Tsarnaeva sent several distraught messages this weekend to loved ones after her 21-year-old son received the death penalty for his role in the Boston Marathon bombings in 2013, Kasenova said.

Vocativ discovered Zubeidat Tsarnaeva’s messages, written in Russian, via VKontakte, the Russian social media site, where she and other anti-American supporters of Dzhokhar Tsarnaev have raised money for his defense and rallied around each other. When Vocativ contacted Kasenova, she said she and others had doubts about the case. “You should understand that this group is not a shrine to Dzhokhar, it’s a group with doubts about the case,” she wrote via VKontakte messaging. “While there are still doubts, there will be support. I haven’t seen 100% proof of his guilt, so I’m here.”

Boston jurors disagreed, rejecting Dzhokhar Tsarnaev’s defense team’s attempt to place the blame on his older brother, Tamerlan, who was killed during a shootout with police days after the bombing. A CBS News poll found that 60% of Americans wanted Dzhokhar Tsarnaev to get the death penalty.

The VKontakte group, Support Dzhokhar Tsarnaev, is run by a family friend named Timur Raduyev. Raduyev, who says he is in close touch with the Tsarnaev family, wrote on the group Saturday that Zubeidat told him Dzhokhar’s lawyers wanted to appeal against the death penalty. “I’m broken – Zubeidat and Anzor, be strong, my family,” he posted to his group, to which hundreds of close supporters in Russia and Chechnya responded with crying emojis and profound sadness. Anzor is Dzhokhar’s father.

Zubeidat Tsarnaeva declined to comment via WhatsApp when Vocativ reached out to her. Her current WhatsApp profile icon is a picture of an injured Winnie the Pooh bear with an overlaid quote from a 2012 tweet by Dzhokhar: “Sometimes you gotta fight for the things you love most.”

After her son’s conviction in April, Zubeidat used the social forum to call her son “the best of the best.” In an interview with Vocativ in April via WhatsApp, she said the United States “WILL PAY FOR MY SONS AND THE SONS OF ISLAM, PERMANENTLY!!!”

Translation: Allah is the greatest. His decisions are the greatest. Inshaallah to him we belong and to him we will return. They think that they are killing us and they celebrate this, but we are the ones who will rejoice when Allah grants us the chance to behold them in the flames of an eternal and terrifying fire, an otherworldly flame, inshaallah

I love my sons. with this love I will stand in front of Allah. Thank you dear and may Allah be happy with you.