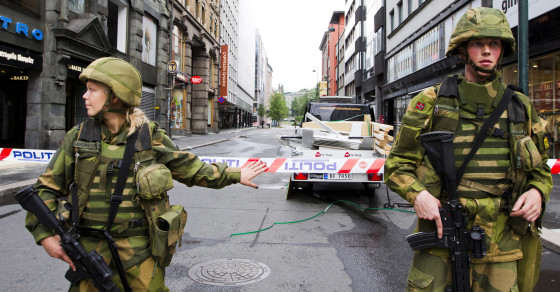 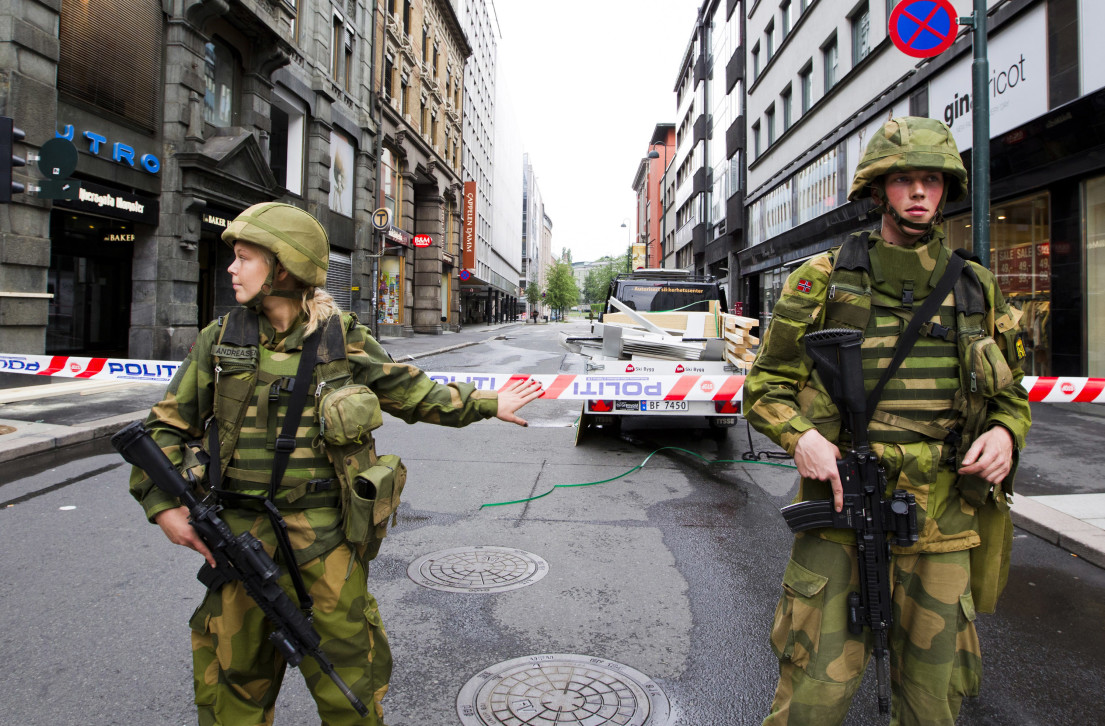 Forcing female and male soldiers to sleep in the same room may sound like an odd way to improve the military’s notoriously poor gender relations, but the Norwegian Ministry of Defense has found success with a pilot program.

According to a new report, coed living arrangements actually facilitate “degenderization,” which helps to de-emphasize gender clichés and improve team morale. “There is no gender in the army. There is only green,” said one of the subjects in the study, “The Army: The Vanguard, Rear Guard and Battlefield of Equality.”

To obtain their findings, researchers Ulla-Britt Lilleaas and Dag Ellingsen looked at a base in northern Norway where unisex dorms were given a trial run—two women and four men to each room. According to Ellingsen, same-sex sleeping arrangements tend to pit one gender against the other. “We create stereotypes about each other,” he says. “But these mechanisms become less obvious with the unisex rooms.”

The report also claims that incidents of sexual harassment decreased as a result of the new policy—a finding the U.S. armed forces could take to heart. But are unisex dorm rooms really a viable solution for a country like the U.S., whose military experiences 19,000 sexual assaults per year?

Col. Ellen Haring, a 28-year veteran with the U.S. Army, believes such an easy fix sounds a bit too good to be true. “I suspect something else is going on culturally,” she says. “Like better training.”

In the U.S., nearly all barracks are coed, though individual bedrooms are still segregated. Once you are deployed, however, men and women often share the same quarters, especially if the base is in a remote location like Afghanistan. Recently, Haring’s own daughter slept in a room with her male colleagues when she was stationed abroad. “She had to change inside of her sleeping bag,” Haring says. Still, she didn’t seem to mind. As Haring explains, “It’s about being one of the team, rather than one of the boys.”

In fact, she claims that nearly every female soldier she has ever spoken to does not like to be separated from her fellow soldiers simply for the sake of privacy or safety. “It’s a degradation of team cohesion,” Haring says. “And when you’re staying with your whole team, what’s the likelihood of one man acting inappropriately?”

As promising as the Norwegian example may seem, it’s hard to say if the U.S. military will actually tackle the bedroom issue anytime soon, especially when it’s only just desegregating direct combat units. But if it does, let’s hope all male soldiers receive training in the most important of cohabitation protocols: putting down the seat.