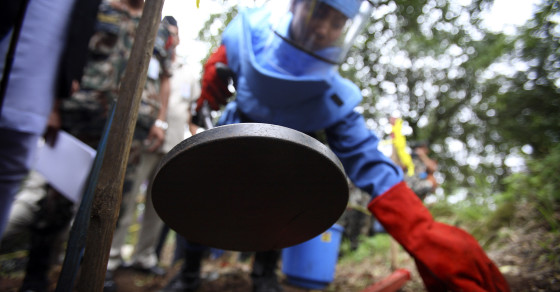 Three Geeks and Their Robots Could Rid the World of Landmines 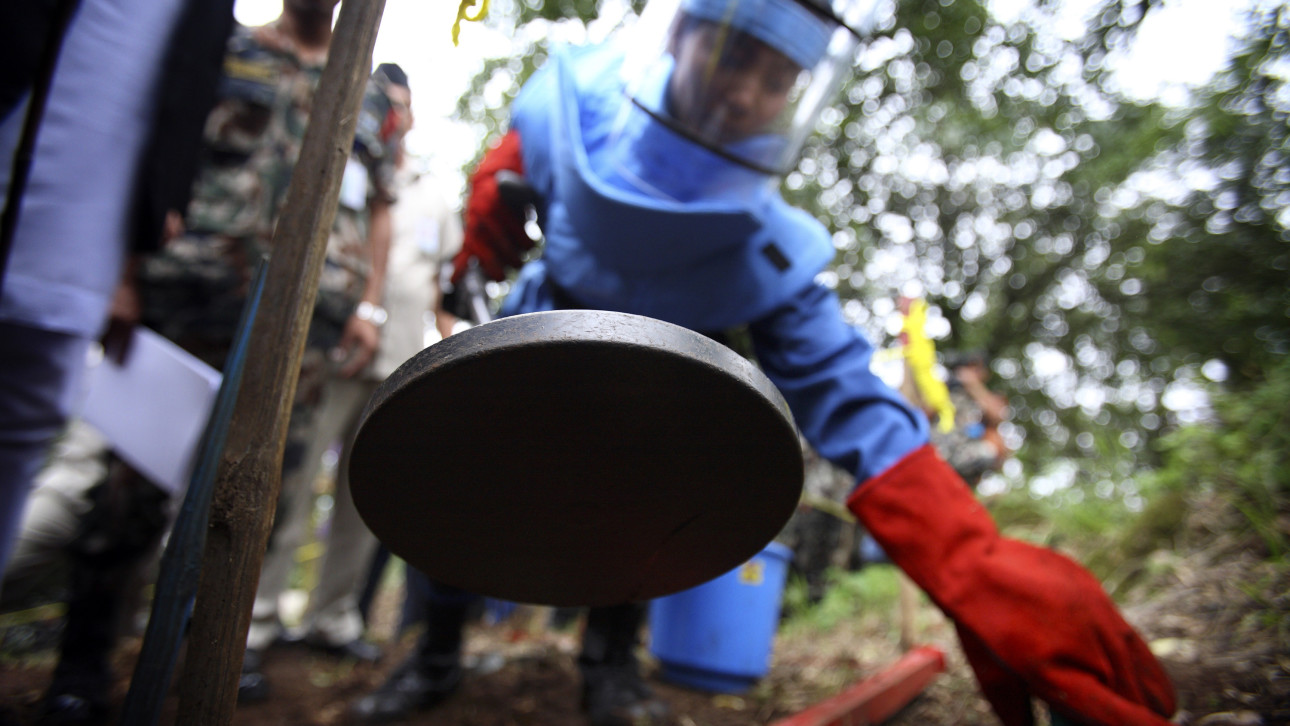 Two of the worst things about land mines in 2014 are that (a) they still exist and (b) we haven’t found a better way to get rid of them. Land mines killed 10 people a day in 2012, according to a recent report, almost 80 percent of whom were civilians. The mines range from low-tech explosive cans to high-tech, innovative and indiscriminate killing machines. But when it comes to getting rid of them, the most common method is still to do it by hand. Suited-up minesweepers use hand-held metal detectors and, according to the UN, “long thin prodders” (read: sticks) to locate the mines. Typically, these minesweeping pros are also accompanied by mine detection dogs to sniff out the mines. After the mines are located, they are destroyed using a series of controlled explosions. Other methods include gigantic threshers or rollers mounted on the front of armored bulldozers.

But those archaic methodologies could be a thing of the past, thanks to new experimentation with mine-detecting robots. Think of them like a military-grade Roombas, vaccuuming up danger.

At the end of June, a group of three students from the University of Texas won a competition at the 2014 International Conference on Robotics and Automation that focused on detecting and classifying land mines. The three electrical engineering academics programmed a robot to find land mines, and then tested their code on a robot in an outdoor simulation. One of the benefits of using robots to detect mines is remote control–the humans are removed from the danger zone. The Texan team couldn’t have been more removed from the minefield—the Husky robot they were controlling was located in Portugal, where their code led it to discover more simulation mines than any other team’s. In a gigantic game of minesweeper, teams were ranked based on how many mines they detected, versus number of mines they “exploded” accidentally in the process. 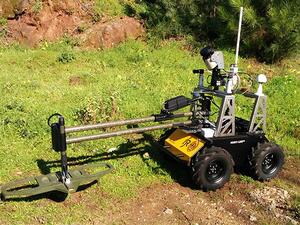 Finding more mines, more quickly, more safely, is a greater priority than you might think. Despite 87 countries having agreed to ban the use of land mines, fresh mines were laid in 2012 by the governments of Syria and Myanmar, but also, and more widely, by non-state actors in Afghanistan, Colombia, Myanmar, Pakistan, Syria, Thailand, Tunisia, and Yemen. The USA doesn’t use mines any more, and is finally making moves to join the treaty banning the use of land mines, and reduce its military stockpile.

While some of the mines may successfully hit the enemy as intended, many are simply left behind as war moves on, to kill and maim innocent civilians for years to come. A child can just as easily trigger a land mine as a soldier.

One positive sign comes from a 2012 report from the Landmine Monitor, which said that 2012 marked a record low for land mine deaths, with only 3,628 casualties. Unfortunately, 47 percent of those were children. The UN puts the price tag for demining at $300 to $1000 per mine—with an additional cost of one life lost per 5000 mines cleared, with two more people injured. Robots could improve all those numbers significantly. Yay for Robots.