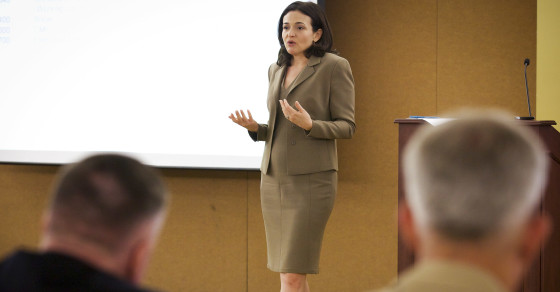 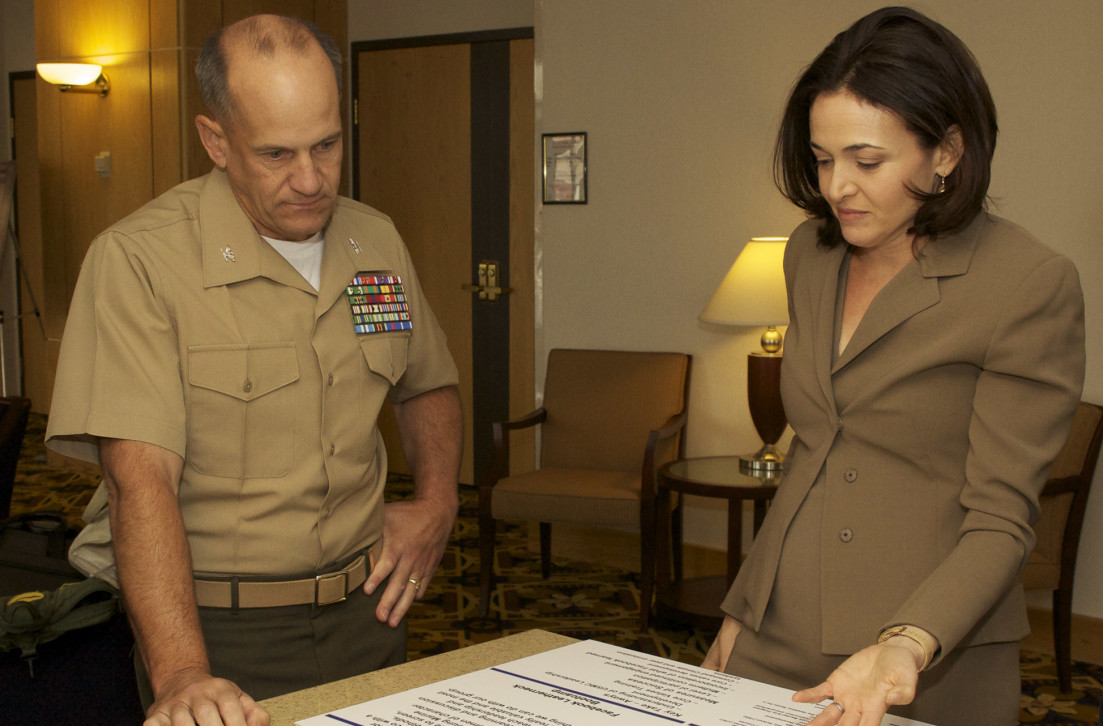 Over the past few years the Marine Corps has struggled with gender-based issues, including recruiting and retaining women, rampant sexual assault cases and the looming January 2016 deadline when all the U.S. armed forces will be required to open combat jobs to female soldiers. So it’s not surprising that enrollment for women hovers around 7.5 percent—lower than any other branch of the armed forces.

But before his retirement last Friday, ending 44 years of active service, U.S. Marine Corps Commandant General James Amos formed some unlikely alliances to help change that. Amos decided to seek out powerful women in the private sector, which is generally more progressive than the male-dominated military, calling on Facebook COO Sheryl Sandberg and other female executives for some much needed recruiting tools.

He set up an initial meeting with Marillyn Hewson, CEO of Lockheed Martin, followed by Linda Hudson, a former CEO of the U.S. branch of BAE systems—both of whom had managed to shatter glass ceilings in the highly macho weapons industry.

“They helped me see what I’m not seeing, simply because I’m a guy, and as my wife tells me, an old, white guy,” Amos told Reuters.

Sandberg speaks to Amos and other Marine Corps leaders during a meeting at the Washington Navy Yard in Washington, D.C., this summer.

Miraculously, Amos had never heard of Sandberg, but he quickly read the book and watched her 2010 TED talk about women in leadership. The two later met at Facebook headquarters in Menlo Park, California, six months ago and since then Sandberg has visited the Marines’ officer candidate school twice to meet with future leaders. Amos even made her book required reading for all 15 of the Marines’ three-star generals—each of whom happens to be male.

“The relationship is very strong. I think the world of her,” Amos said. “It’s based on mutual respect for leadership and character development.”

In their meetings with Marine Corps officials, Sandberg and the other female executives touched on some of the same opportunity issues the civilian workforce grapples with: the questions of how to promote leadership among women and how to make positions more family-friendly for those who choose to have children.

“You’d think our sectors would be very different, but we face a lot of the same challenges,” one female officer said. “Sheryl told us that when she looks across her company, she looks five lines deep and there is not a woman in sight.”