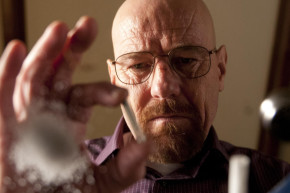 A Florida court sentenced Jesse Korff, 20, yesterday to nine years in federal prison for manufacturing and selling the deadly toxin ricin to customers around the world. According to the indictment, Korff sold it via the dark net marketplace Black Market Reloaded, which the FBI shut down in December 2013.

Ricin is a highly deadly and weaponizable toxin that can be derived from castor beans. Unlicensed possession, manufacture and use of it in quantity is against both U.S. law and the international Chemical Weapons Convention.

Korff pled guilty to five counts of “developing, producing, transferring and possessing toxins, five counts of smuggling toxins and one count of conspiring to kill a person in a foreign country.” Korff concocted the toxin himself, placing it in scented candles before shipping it across the globe. Theoretically, dark net marketplaces allow sellers to remain anonymous, but he was caught when he arranged an in-person exchange with a customer who turned out to be an undercover federal agent.

Korff joins an ever-expanding list of dark net distributors, including Silk Road founder Ross Ulbricht, who have faced justice for their illegal trades in recent months.

One of Korff’s customers was Kuntal Patel, a London woman who bought ricin from Korff in late 2013. Patel bought the ricin to murder her mother. British tabloids quickly dubbed Patel’s legal proceedings as “the Breaking Bad” case, because the poison was used by Walter White twice in the series. Patel was sentenced to three years in prison in November 2014.