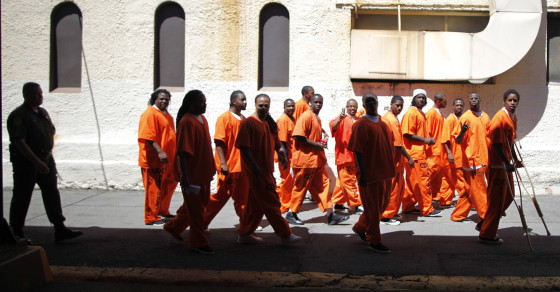 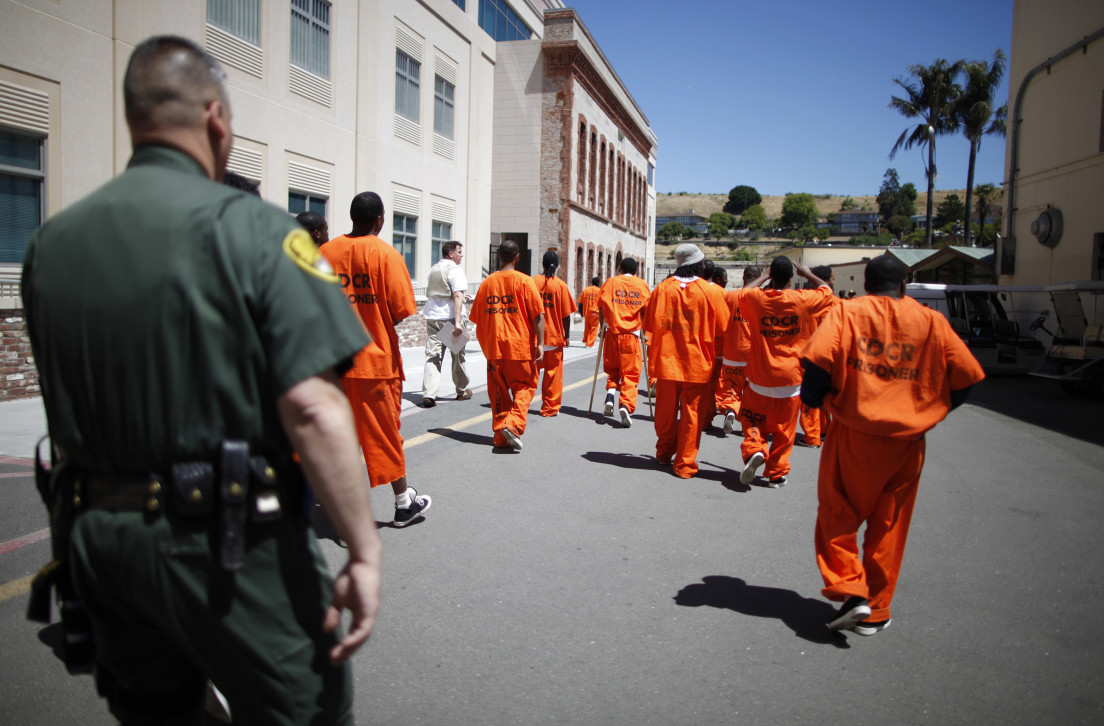 With a population of 2.4 million people behind bars, the United States is the incarceration capital of the world. Commonly referred to as mass incarceration, the oft-discussed phenomenon has largely been driven by state punitive policies, which have grown increasingly strict in recent years, but what is less understood is how prison rates and practices vary so greatly from state to state.

More than half of U.S. prisoners are currently held in state facilities, but while Louisiana imprisons 858 people per 100,000 residents and allows for the death penalty, Maine imprisons only 133 and abolished executions in 1887. So the question is: What makes one state act tougher on crime, and therefore become a greater contributor to mass imprisonment, than another?

According to research by Rice University, the answer comes down to race. In a new study that looks at how social, economic and political factors affect state punitiveness, researchers found that a state’s African-American population was the strongest predictor of harsher prison policies, regardless of the crime rate. Specifically, states with larger black communities were more likely to have stricter incarceration practices, such as minimum sentences for various offenses, worse confinement conditions and tougher approaches toward juveniles.

“There is a systemic and structural issue going on here,” says Katherine Neill, a postdoctoral fellow in Drug Policy at Rice University and the lead author of the study. “It’s clear that race is an important factor in the criminal justice system.”

Sixty percent of the U.S. prison population is black and 1 in 3 face a life sentence, as opposed to just 1 in 17 imprisoned white men. And although some could use those statistics to argue that black people commit a disproportionate amount of crime, what Neill found instead is that an increased presence of black people in a community alone makes a state more likely to have excessively stringent punitive policies.

Her findings also support a common and well-corroborated theory that the criminal justice system is used as a method of social control for populations deemed threatening because of their race. “The idea that black males are violent people has been ingrained in our culture,” Neill says.

Because of this, elected officials have turned to the prison system to mitigate the perceived danger, in exchange for votes and political support. Of course, this has not been without its consequences: Aside from being a huge financial burden on cash-strapped states, entire communities are also unraveling.

“You have some areas where a near majority of the population has come into some sort of contact with the criminal justice system, and that really disrupts the social fabrics of those communities,” says Neill. “You have kids who think that going to prison is a normal part of growing up.”

Overbearing punitive policies also negatively impact the nation as a whole by lowering voter turnout and breeding further distrust in the political system. There are many states where felons are automatically disenfranchised, which creates a population of pseudo citizens who cannot actively contribute to society.

Today 2.5 percent of the overall population and a staggering 7.7 percent of the African-American population cannot vote for this reason. But even in states where felons do hold the right, they and their families are often unlikely to participate politically when they feel that the government is against them. In turn, this gives politicians little incentive to be answerable to their needs.

Fortunately, there have been slight improvements to state punitive policies in recent years, such as the decriminalization of marijuana, but this has mostly been motivated by fiscal needs rather than social issues.

“The financial concerns are the most pragmatic, politically neutral way to deal with [mass incarceration],” says Neill. “But if you focus on money, it has unintended consequences for anyone facing some sort of legal action.” Such repercussions include cuts to prison programs, as well as the use of astronomical fines as a form of punishment. More importantly, by failing to deal with the underlying race issue directly, lawmakers put themselves in danger of repeating the same patterns in future generations when saving money is no longer a priority.

In a major step forward, on Wednesday President Obama selected Vanita Gupta, the deputy legal director of the ACLU, to head the civil rights division of the U.S. Department of Justice. Gupta has spent a decade attacking the racist practices of the criminal justice system, and her appointment can be seen as a signal that the federal government may finally be ready to tackle the issue.

And for so many, it’s about time.

“As a nation we pride ourselves on freedom and equality, but we’re not a particularly free society when we lock up more people than every other nation in the world,” Neill says. “We’re not an equal society when we have a justice system that sends people of color to prison far more often and in a systemic way.”