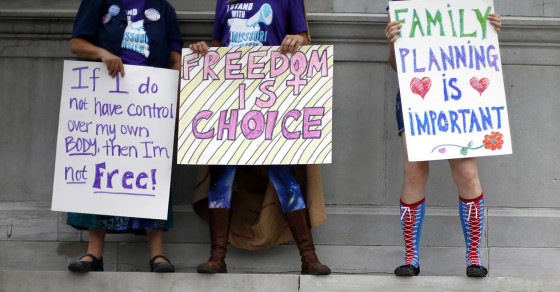 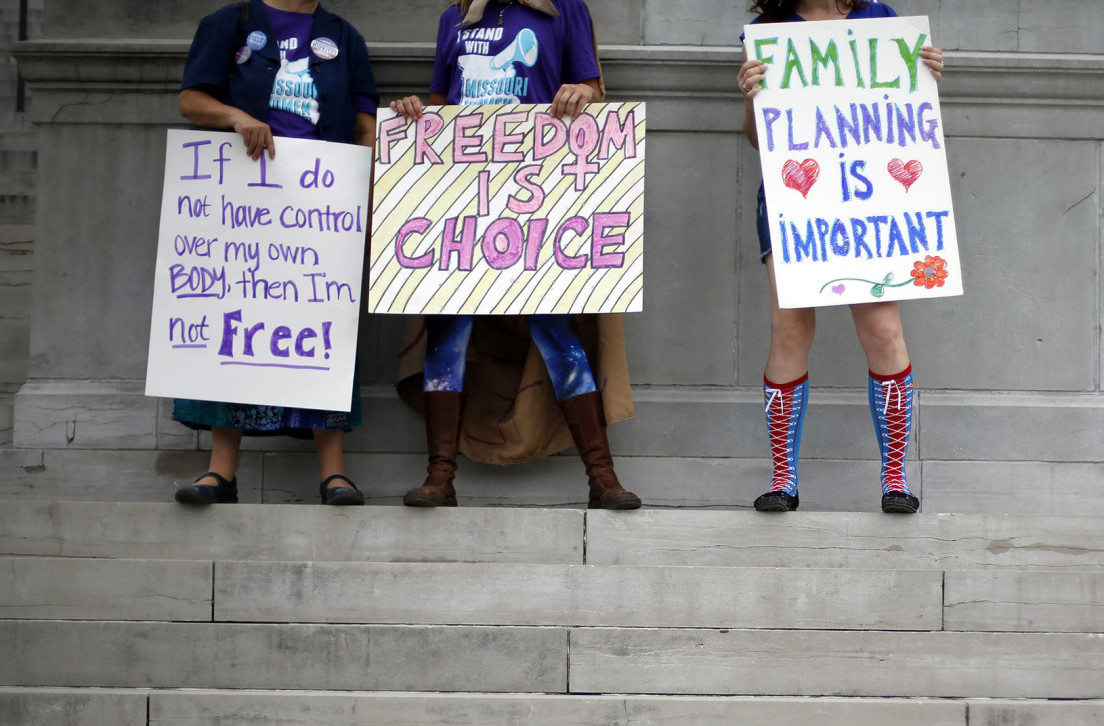 Mandatory waiting periods—a common tactic among abortion opponents—require women to seek counseling and to repeatedly confirm their intent to have an abortion. But pro-choice supporters, including Governor Nixon, believe that the regulation is designed to demean and shame women out of making the decision.

“Lengthening the already extensive waiting period serves no demonstrable purpose other than to create emotional and financial hardships for women,” Nixon said this July, referring to the state’s then-24-hour moratorium on abortions. “Expanding the mandatory waiting period presupposes that women are unable to make up their own minds without further government intervention.”

Abortion-rights supporters outside the Missouri Capitol in St. Louis on Wednesday.

Most Missouri voters agree: Eight out of 10 Missourians believe that the “measure represents politicians intruding on a woman’s private medical decisions,” according to a July poll by Public Policy.

Unlike the one in Utah, Missouri’s waiting period will not exclude women who are victims of rape and incest. South Dakota’s law, which also makes no exception for rape, is even more stringent than Missouri’s, as it excludes weekends and holidays. As a result, women who seek an abortion just before a holiday weekend may be forced to wait up to six days.

According to a poll by Public Policy, eight out of 10 Missouri voters believe extending the waiting period for abortions is a government intrusion.

A recent study that examined the effects of a 24-hour waiting period in Texas found that such regulations put emotional and financial strain on women. In a state where the closest clinic could be 100 miles away, women have to miss more work and incur more transportation costs from traveling to and from appointments for both mandatory counseling and the procedure itself.

As Think Progress points out, Missouri, like many other states with rigid abortion regulations, does not impose a waiting period on citizens who want to purchase firearms, despite having the fourth highest rate of firearm homicides in the nation. During Wednesday night’s legislative session, the House and Senate also passed a bill lowering the age to apply for a conceal-and-carry permit from 21 to 19.