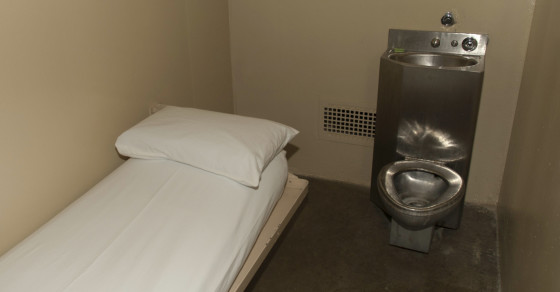 Here’s How Many Solitary Prison Cells Fit In Your Apartment 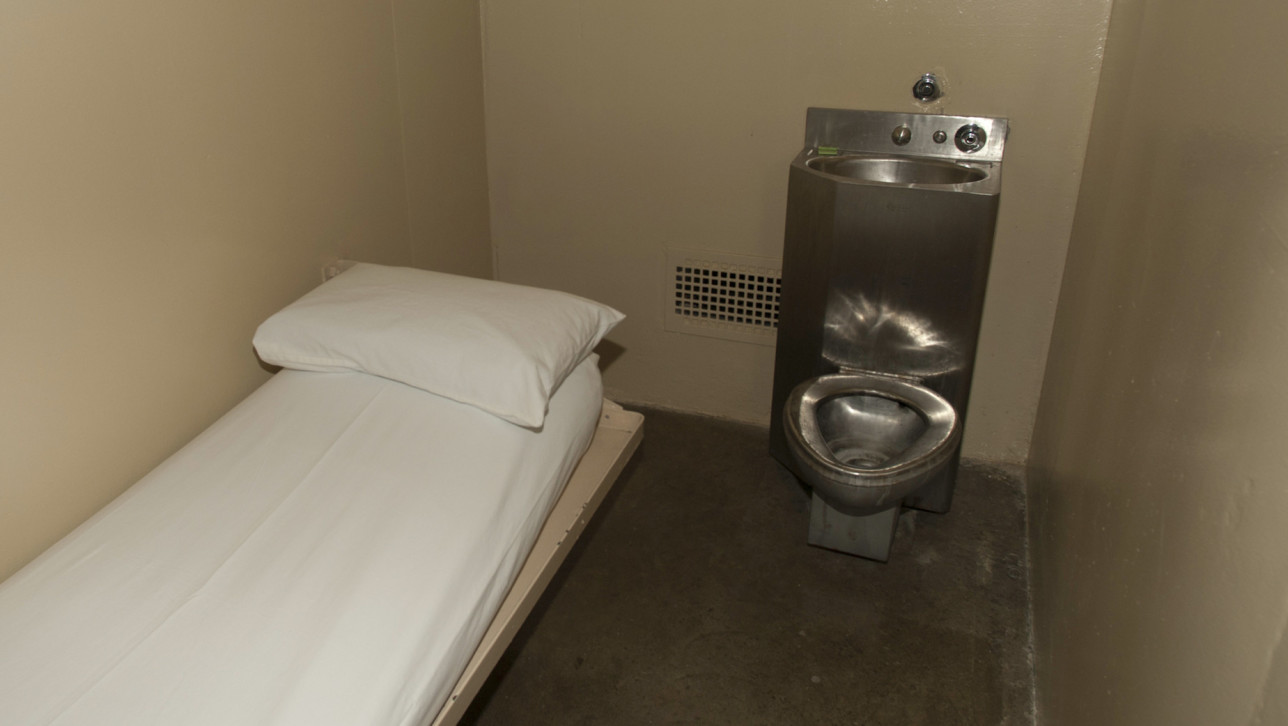 Approximately 80,000 Americans are living in complete isolation in a cell the size of a king-sized mattress.

After the suicide of former Rikers Island inmate Kalief Browder and potential release of one of the so-called Angola 3 sparked a national debate about the psychological effects of solitary confinement, Vocativ analyzed the spacial specifications of the average cell used for the prison punishment. You could fit 19 solitary cells, each measuring a tiny 6×9 feet, inside the footprint of the average one-bedroom apartment. A solitary cell is smaller than the average apartment bathroom and no bigger than the bed most of us sleep on.

In a report on solitary confinement, the ACLU highlights research on the clinical impact of isolation:

Browder, who was imprisoned at Rikers at the age of 16 for stealing a backpack, spent nearly two of his three years in prison living in a cell that size. On Saturday, two years after being released, he took his own life. In the meantime, a federal judge also ordered that Albert Woodfox, the last imprisoned member of the Angola Three, be released after four decades of solitude, partially due to the Hepatitis C, renal failure, diabetes and hypertension he is now afflicted with after years of living in a tiny space.

Both these cases have highlighted the mental, emotional and physical strain that inmates experience when they spend prolonged amounts of time alone in a room the size of a closet, with no clocks, daylight or darkness.

In addition to being deprived of human contact and losing sync with circadian rhythms, isolated inmates lose the ability to navigate in the outside world. Another member of the Angola Three, Robert King, spent 29 years in solitary confinement, until 2001 when his conviction was overturned. When King was released, he had trouble moving around. “I lost the ability to meet with a broader terrain. I had become acclimated to shorter distances,” King said. “I cannot, even to this day, acclimate myself to broader distance. My geography is really shot.”

King also said he nearly lost his eyesight during all those years or never being able to focus on anything more than a few feet away, but his vision has improved.

Former inmate Anthony Graves spoke to a Senate Judiciary committee last year about the effects of solitary confinement. “I would watch guys come to prison totally sane, and in three years they don’t live in the real world anymore,” Graves said. “I know a guy who would go out into the recreation yard, get naked, lie down and urinate all over himself. He would take his feces and smear it all over his face.”