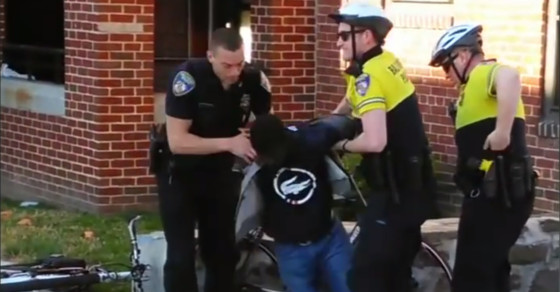 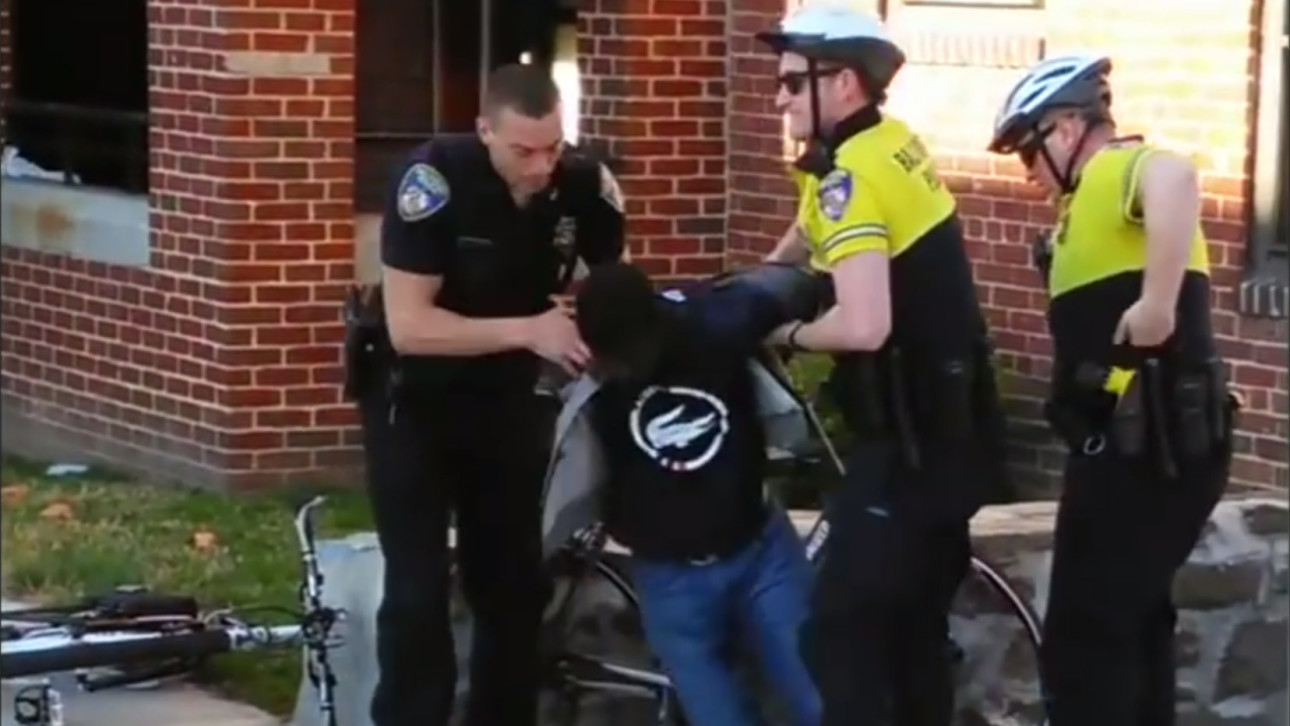 Shannise Boyd felt a shiver the moment she saw Freddie Gray’s picture on the news last week. Tubes and wires protruded from Gray’s 25-year-old body as he clung to life in a Baltimore hospital bed. Days before, he suffered a severed spinal cord while in police custody, an incident that remains under investigation. He died on Sunday, April 19.

For Boyd, the scene and circumstances surrounding Gray’s injury were strikingly familiar. Nearly 20 years before, Jeffrey Adrian Alston–with whom Boyd had a daughter–wound up with a broken neck during an encounter with the Baltimore police, leaving him a quadriplegic.

“It was absolutely chilling,” says Boyd, a 40-year-old physician’s assistant. “It was exactly the same. I remember the whole thing like it was yesterday.”

As the investigation into what exactly happened to Gray widens, other Baltimore cases have started to surface, raising deeper questions about police conduct and their characterization of these incidents. Several publications reported this week that in 2005 another Baltimore man, Dondi Johnson, suffered a fatal spinal injury after being placed in a police van.

Freddie Gray, 25, clung to life for a week after suffering a severed spine while in Baltimore police custody. He died on April 19.

Baltimore police stopped Alston on Nov. 3, 1997, for speeding in his BMW. According to reports, officers initially planned to write Alston, then 32, a ticket. But they ultimately took him into custody after smelling alcohol on his breath.

Kerry Staton, an attorney who represented Alston after his arrest, told Vocativ that his client was subsequently cuffed with his hands behind his back and placed in leg shackles. While still on the street, the cops began to search him, dropping his pants and searching inside of Alston’s underwear for contraband. According to reports from around the time of the court case, police and Alston both acknowleged that he gave a pelvic thrust during that part of the search, striking an officer who had crouched down to Alston’s waist to search him.

What happened next is a matter of contention. Alston claimed that the cops responded to his maneuver by placing him in a chokehold that ultimately snapped his spine, paralyzing him from the neck down. The officers, however, said the injury was self-inflicted after he was placed inside a police van and buckled to a bench.

“The police claimed that somehow, with his hands behind his back, Alston managed to extricate himself from his seat belt,” Staton says. “Then, they said, with his legs shackled he ran from the rear to the front of the police van like a charging bull and repeatedly head-butted the partition, breaking his neck in the process.”

In 2004, nearly seven years later, a civil jury sided with Alston, finding that two Baltimore police officers caused the neck injuries that rendered him a quadriplegic. A key factor in the decision was the testimony of Adrian Barbul, a trauma surgeon, who ruled out the officers’ claim that Alston had injured himself inside the police van. When reached by phone this week, Barbul declined to comment on the record.

The jury awarded $39 million to Alston. To avoid any future appeals, he eventually settled with the city for $6 million in December of that year. Seven months later, in 2005, Alston died from complications related to his quadriplegia, Boyd says. He was 40.

The officers never faced criminal charges, nor were they disciplined for their conduct.

“It was such a sad situation,” says Boyd, who though separated from Alston, says she maintained a close relationship with him after he was paralyzed. “It didn’t make me hate police officers in any way. But I did feel as though they were able to get away with it.”

As with the Alston and Johnson cases, Baltimore police insist that Freddie Gray suffered his fatal spinal injury inside the police van—not at the hands of arresting officers. “Our position is: Something happened in that van,” Michael Davey, a lawyer for the Baltimore police union, said on Wednesday. “We just don’t know what.”

Witnesses, however, say that Gray may have been critically hurt during his encounter with police on April 12. “They had him folded up like he was a crab or a piece of origami. He was all bent up,” Kevin Moore told the Baltimore Sun on Thursday. Moore, who captured some of the incident on video, added that Gray had limp legs when police went to pick him off the ground.

The video shows Gray’s legs dragging behind him as police carried him to the van. Gray later appears briefly to stand on one leg right before he is placed inside. “I didn’t see any movement,” Moore told the Sun. “I saw his body, but he wasn’t moving.”

Earlier this week, the Department of Justice opened an investigation into Gray’s case.

Staton, who has reviewed Moore’s cellphone footage, says he believes the video provides no conclusive evidence. “We still have more questions than we have answers,” the lawyer says. “While it may be appropriate for some folks to be suspicious, in my mind, the community should hold law enforcement responsible to get to the bottom of this, to open the books, so to speak, and to give unfettered access to evidence to determine what really happened.”

As for Alston, Boyd says they never talked about the case in the years after it, nor did they discuss whether he felt he received justice from the settlement. They consciously never told their daughter–who was 1 years old when Alston had his neck broken–how he had been paralyzed she says, preferring to focus on the time he had with his children than dwell in the past. Their daughter found out when she was in high school by doing research online.

“It’s something that’s been going on for a very long time now,” Boyd says of allegations of brutality at the hands of the Baltimore PD. “Hopefully, if something bad truly happened again, they’ll be held accountable this time.”