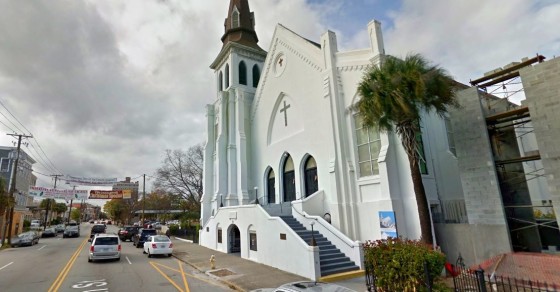 A white supremacist group attempted to take advantage of a deadly shooting that killed nine people at one of the nation’s oldest African-American churches by posting racist comments on the slain pastor’s Facebook page in the wake of the South Carolina shooting.

The sickening actions came from members of Pioneer Little Europe, a hate group that the Southern Poverty Law Center says was founded by white supremacists in the late 1990s and early 2000s and now has American and British connections. Several of the racist posts were directed at Rev. Clementa C. Pinckney, 41, a Democratic member of the state Senate, who was among those killed Wednesday night when a gunman opened fire during a bible study at the Emanuel African Methodist Episcopal Church in Charleston.

On Pinckney’ s Facebook page, Pioneer Little Europe posted: “Maybe one of my supporters in South Carolina can run for your seat. You don’t need it anymore.” The demented posted was capped with a winking emoticon. The hate group posted several other attacks on its own Facebook page.

Cops were hunting for the church shooting suspect early Thursday morning and officials said the killings were being investigated as a hate crime. “The only reason someone would walk into a church and shoot people that were praying is hate,” said Charleston Mayor Joe Riley.

Authorities described the suspect as being in his early 20s and about 5-foot-9. He was wearing a distinctive sweatshirt and drove a car with an unusual license plate. There was no indication that the church shooting gunman had connections to Pioneer Little Europe.

Pioneer Little Europe’s extreme and offensive comments stood in contrast to messages of condolence from some sympathizers of another hate group Stormfront, a West Palm Beach-based group that the Southern Poverty Law Center describes as the first major internet hate group. “Condolences to the families of the dead. A church full of christian black people is most likely NOT our enemy,” a comment on Stormfront’s website said.