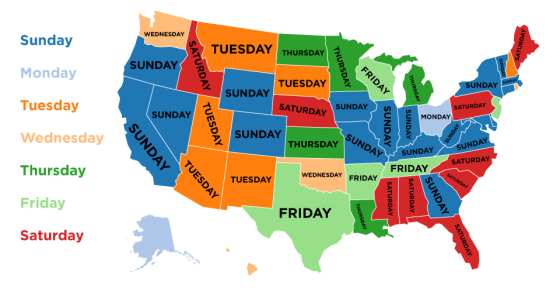 What’s the Deadliest Day of the Week in Your State?
By M.L. Nestel

What’s the Deadliest Day of the Week in Your State? 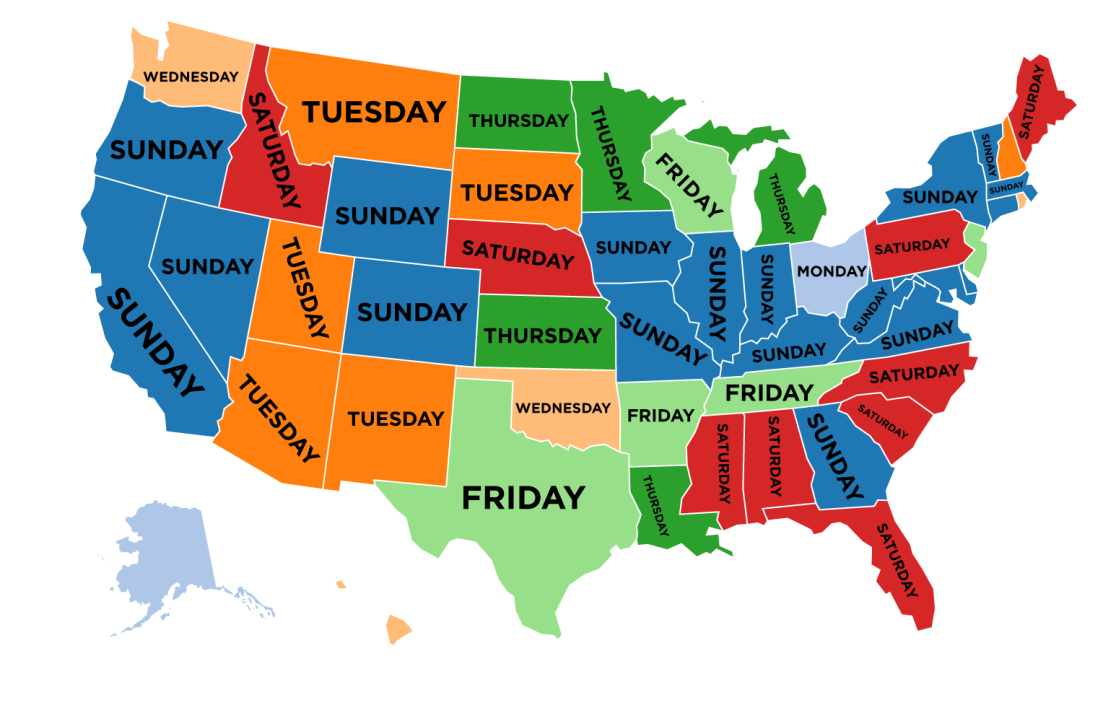 Model Chrissy Teigen drew fire on Twitter during the week when she commented on the shooting in Canada’s Parliament. Teigen mused that a major shooting in the capital was just like any given Wednesday south of the border, and the 2,400 favorites and 1,400 retweets she generated weren’t all from admirers of her concise prose. Teigen’s off-color observation wasn’t well-received.

active shooting in Canada, or as we call it in america, wednesday

We had an early crack at the data to see if it would prop up or knock down Teigen’s claim that Wednesday was a particularly deadly day to be American. (Did she pick Wednesday based on her encyclopedic knowledge of gun crime or just pull it from thin air? We’ll probably never know.)

We took an initial look at the previous two Wednesdays in America, which racked up 229 total shootings, 39 of which were fatal. But we wanted to know more. If we took a larger batch of data on gun crime in the U.S., what would the deadliest day of the week be? Would Teigen be right on with her midweek prediction?

Below is a colored map of the United States of America pinpointing the deadliest day of the week for every single state, based on data from the Gun Violence Archive going back to July 2014. That may seem small, but it was long enough to accumulate 2,200 fatal gun crimes across the country, with another 7,800, approximately, proving non-fatal.

In a country settled by God-fearing European Puritans, it comes as some surprise that since midsummer, Sunday was the day on which most grievances were laid to rest—using bullets. A full 20 states showed Sunday as the most fatal day of the week for gun deaths. Exhausted by the slaughter on the Sabbath, American killers usually take Monday as a day of rest—it shows up only twice as the murderiest day of the week. Just Ohio and Alaska get their killing sprees off to a start early in the week.

Wednesday, as it happens, is the second-safest day of the week in America, so Ms Teigen was way off.

There’s no real rhyme or reason to the patterns on the map. Of all regions, the Bible Belt suffers the greatest numbers homicides on Saturday—presumably confessionals are busy on Sunday.

In case you want a less granular approach, we’ve done a weekday/weekend analysis so you can decide what portion of your week to curl up in the bathtub under an iron sheet.