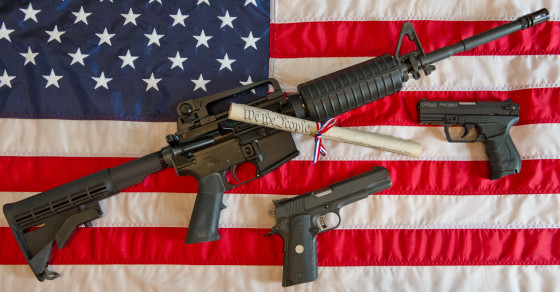 Back to School: Make Sure You Pack Your AR-15, Honey
By M.L. Nestel

Back to School: Make Sure You Pack Your AR-15, Honey 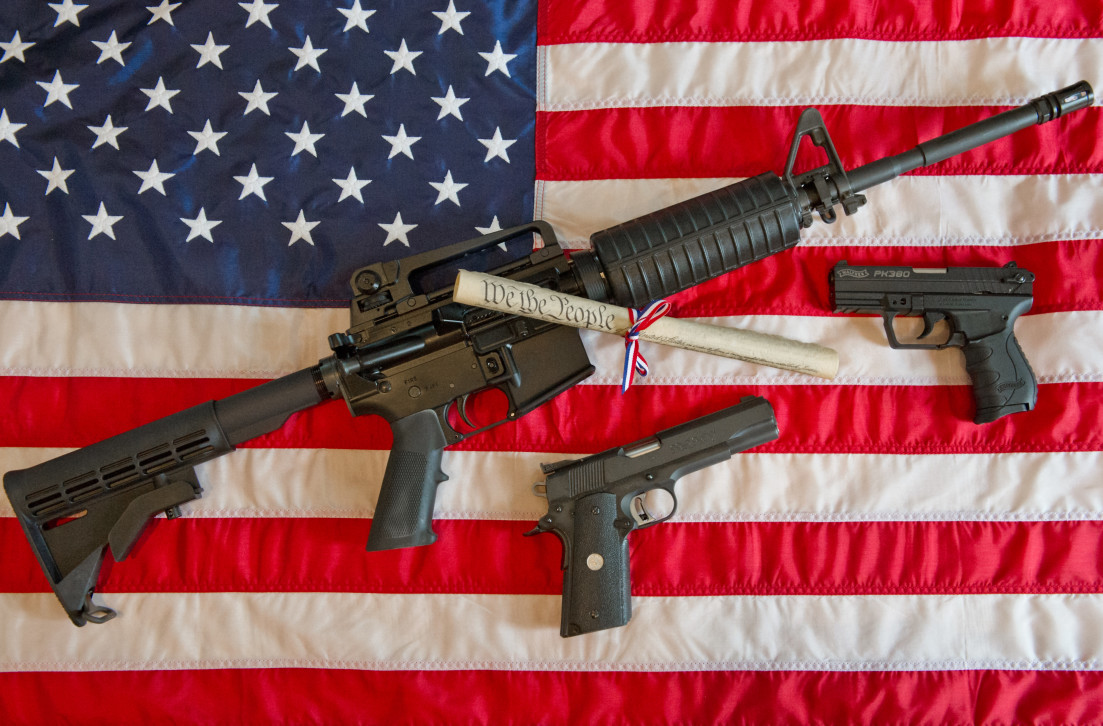 School’s back in session next week, and the campus police in Compton are packing more heat than ever. That’s not a reference to the hot drought California has faced in 2014—we’re talking guns. Specifically: controversial AR-15 semi-automatic rifles, approved for use on school campuses to prevent future gun rampages.

“This is our objective—save lives, bottom line,” Compton Unified Police Chief William Wu told the city’s school board. The board has been told that select campus police officers will be allowed buy the rifles and keep them in their cars, in case of a mass shooting incident or terrorist attack.

“Everyone wants children safe. At this time, we as a community, we have to come together and find other ways. But in the interim, our police officers need to be equipped,” he said.

Wu went on to explain how handguns wouldn’t cut it when it comes to thwarting a killer armed to the hilt. “Handguns, you’d be lucky to hit accurately at 25 yards,” he said. Wu added that with a rifle in the right hands, you could strike at “50, 100 yards accurately.”

In a long presentation delivered to the school board on July 8 (see it here), Chief Wu described how officers would buy their own weapons and receive mandatory training to be licensed to use them on a school campus. The chief stressed that officers who deployed the rifles would “submit a memo” anytime they did so, and would only break out the rifles under specified circumstances, such as when there was a shooter with superior firepower or body armor.

The police chief and the mayor of the small city of Fontana, California, meanwhile, backed a controversial line item to order 14 AR-15 rifles in an effort to safeguard schools. The guns are to be stored in locked safes within the schools.

“It’s unfortunate that we have to have that, but it’s the best message we can send to anybody that thinks to harm our children,” said Fontana Police Chief Rodney Jones. “The message we’re sending is…not here, not now, we’re prepared for you. And if you seek to harm our children, we will neutralize that threat and you will most likely be killed.”

The AR-15 has a notable and disturbing past as a personal weapon of preference for unhinged gunmen. James Holmes favored the model rifle (and extended magazine) when he lit up a movie theater in Aurora, Colorado, during a premiere screening of The Dark Night Rises.

Adam Lanza allegedly used the weapon to blast his way into the window panel of Sandy Hook Elementary School in Newtown, Connecticut, before going on to kill 27, then turn his gun on himself.

It was a gun that Aaron Alexis test-fired before he went on a rampage in the Washington, D.C., Naval Yard last September and fatally shot down 12 people, killing three.

Fontana’s plan to stash the weaponry in schools is already getting pushback by school board members who say they aren’t convinced the guns are the answer.

Green also doubts that diffusing the threat with high-powered rifles will accomplish anything other than give the would-be killer more ammunition to prepare and one-up responders.

“If a person who has the intention of coming on campus to kill…knows we have the AR-15s,” Green said, “they might come with something even bigger or better.”