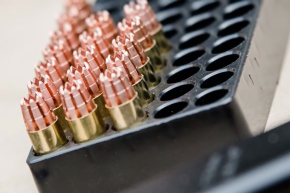 This Grocery Drives Itself To Your Door
By Ruby Nitzberg
GUNS 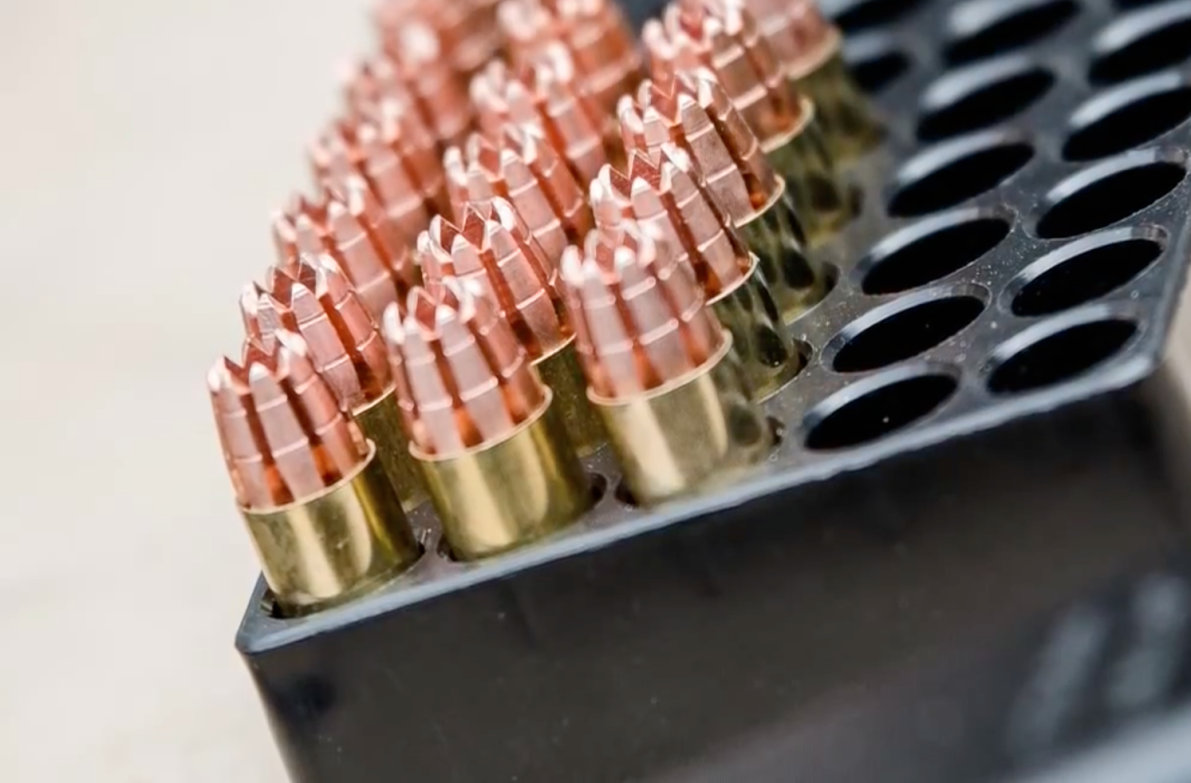 A new bullet that claims to be so effective and so lethal that “it’s the last round you’ll ever need” is creating a lot of buzz in the gun world. The so-called Radically Invasive Projectile, cleverly named with the acronym RIP, also promises that one shot will “take out all your vital organs.”

G2 Research, the Georgia-based company manufacturing the bullet, says on its website and promotional materials that the bullets, which feature “nine separate wound channels,” will revolutionize both law enforcement and the protection power afforded average citizens. Unlike standard bullets that often pass through their victims, these slugs are designed to fragment internally after piercing the skin, cutting numerous potentially fatal routes through a target’s innards and organs.

The bullet’s claims have been fodder for gun blogs this month. The site BearingArms.com was one of several pro-gun blogs that questioned the actual “vital organ” exploding capabilities of the RIP bullet: “It looks great on camera, and I suspect that these bullets will leave nasty wounds to close if they were shot into a living thing. I suspect, though, that a copper bullet that starts out at just 96 grains and sheds roughly half its weight due to designed fragmentation will simply not penetrate enough under a wide range of conditions to be reliably effective as a modern hollow point.”

The science behind the bullet is hardly new. Because the bullet is intended to spread out, versus pierce through, it lessens the risk of collateral damage. The company says the hollow-point bullets can cut through human tissue like a “hole saw,” while minimizing ricochet that could impact other victims.

The bullets do have some serious fans in the community, who say the technology—or at least the pointed tips—are novel. “An entirely new concept and design, G2 Research shows us their brand new RIP 9mm round. Just looking at it makes you want to try it out,” writes ConcealedNation.com.

Right now the bullets are selling at a staggering $44 for 20 rounds of 9mm ammo, compared with an average of about $20 for other 9mm bullets.

Last year’s ammunition shortage, which came on the heels of a string of mass murders in the U.S., including the slaying of 20 young children and six educators inside their elementary school in Newtown, Connecticut, prompted gun sales to hit the roof in the U.S., as people anticipated a push toward stricter gun control laws. Though some states have enacted new gun legislation, new gun laws have been defeated on the national level due to pressure from the powerful gun lobby.

The introduction of a bullet like the RIP has little to do with the ammo shortage but a lot to do with the desire of gun owners to stock up for when gun control advocates do push through new legislation, gun pundit Steven Howard tells Vocativ. He broke down why the projectiles are creating a buzz, and why we should care.

What niche is this new ammo filling the gun world?

Everybody’s always trying to make a better mousetrap, and this is what we call fragmented ammunition. What that means is that it’s designed to break up in a particular way, and this concept has been around for a very long time. The first ones were called glazers, or glasers, and what it was was a bullet jacket and they dumped real small birdshot into it. And when it hit it, the jacket would open up and go out in kind of a cone pattern.

It was originally developed for the sky marshall’s program. And the big thing about it was that it prevented “over-penetration.” Everybody was always afraid that you’d shoot somebody and hit another passenger. Or you’d hit some window. The reality is, even if you do shoot holes in the plane, the only thing that’s going to happen is that it will depressurize a little bit.

Did the ammo shortage last year contribute to this new ammo’s creation?

This has nothing to do with the shortage, no. People are trying to stockpile ammo because people are afraid Obama is going to outlaw everything. All he’s done is manage to make the shooting public stock up on great quantities of guns and munitions, regardless of price. And the gun industry is basically going to vote Obama the “salesman of the year,” because their sales have gone up 10-fold in a year.

In their marketing campaign, they are calling it “the most lethal” ammunition, but saying it won’t pierce body armor. Can we get that specific, scientifically?

Remember that logic really doesn’t really have that much to do with anything. If you tell people something is better and make it look better, people will buy it. A gun goes off in the Field of Dreams…if you make it they will come. Maybe it’s a little more effective? I don’t know. But let’s face it, bullets are not sent with the message “have a nice day.”

So is there really a need for these bullets?

There are bullets that will do at least as much damage as these bullets, because a bullet can only carry so much energy. In theory they won’t punch through bond armor, and to be honest I don’t think that they will. But they just look wicked and they look politically incorrect, and that’s why people are all abuzz about them.