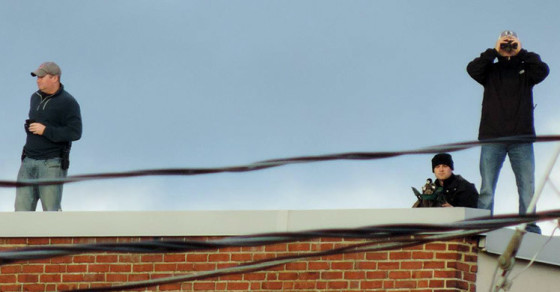 What Were Police Snipers Doing At A Pumpkin Festival?
By Elizabeth Kulze

What Were Police Snipers Doing At A Pumpkin Festival? 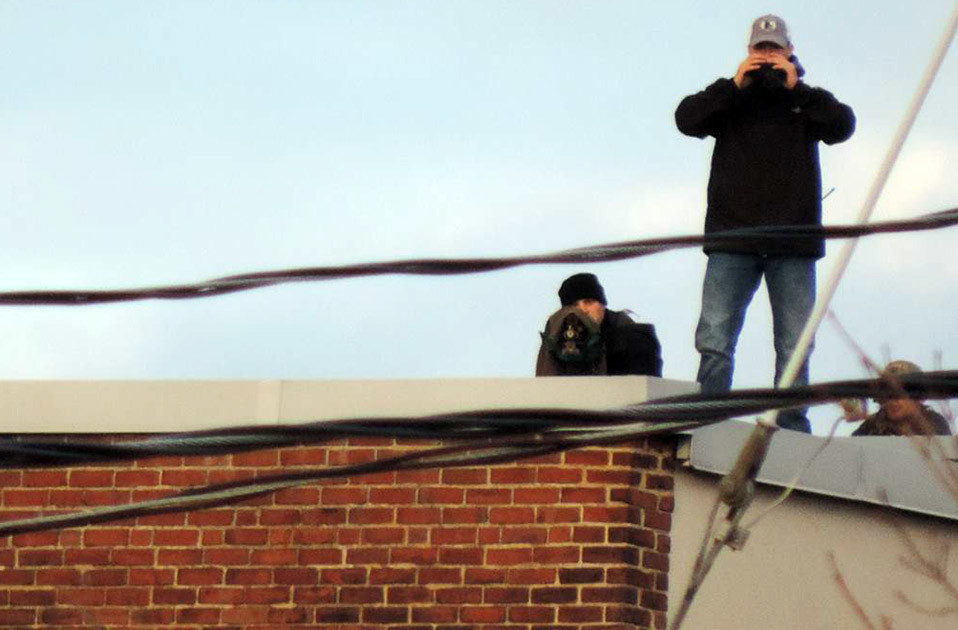 To casual observers, the annual pumpkin festival in the small college town of Keene, New Hampshire, would seem like a harmless bit of seasonal fun. But to the local police, the event is apparently so threatening, it has to be monitored by military-style sniper units.

Photos and videos taken by partygoers at last weekend’s event—some of which were shot with the help of a private drone—show what appear to be teams of plainclothes officers stationed on rooftops, scanning the crowds below with binoculars and military-grade sniper rifles. The Keene Police Department refused to confirm whether it had dispatched the snipers or explain why the tactical units were necessary.

Video of the snipers taken at this year’s festival

As it happened, a massive riot broke out among the swarms of drunken college and high school students attending the festival, but the snipers never employed their weapons. Instead, ground police used tear gas and pepper spray to break up the crowd.

Garret Ean, a local activist who witnessed the event, claims to have seen a plainclothes officer with a rifle pointing down toward partygoers, while other officers on the roof beside him looked on (pictured in the photo Ean took, below).

A police team monitors the crowds at this year's carnival.

Ean says he also saw snipers at last year’s festival, when he and some pals confronted a police officer about the tactical units. “He told us, ‘After the Boston bombing happened, this is just the way it is now,’” Ean tells Vocativ.

Though Keene is a sleepy New England town of 23,000, one would think it was a war zone, given the gear the Keene Police Department has acquired. The department accepted a $285,933 grant in 2011 from the U.S. Department of Homeland Security to purchase a Bearcat, an 8-ton armored vehicle designed for military use. Despite widespread opposition from the town’s residents, the police justified the purchase by claiming it was needed for counterterrorism operations. “The terrorism threat is far reaching and often unforeseen,” the department wrote in its application for the tank-like vehicle, citing the annual Pumpkin Festival as a potential terrorist target. In this context, the sniper team could be seen as yet another precaution.

Footage of the snipers in 2013

But such muscle-flexing ends up working against police rather than for them, says David Sklansky, a professor at Stanford Law School who specializes in law enforcement. “A lot of what the police do requires good community relations and interpersonal skills,” Sklansky says. “Those are things that military equipment and tactics don’t necessarily help with.”

This was especially evident last weekend in Keene, where rioting students could be heard shouting, “Bring out the Bearcat!” As Slansky points out, “When students are getting out of control and throwing things at the police, then snipers aren’t necessarily helpful, and neither are armed vehicles.”