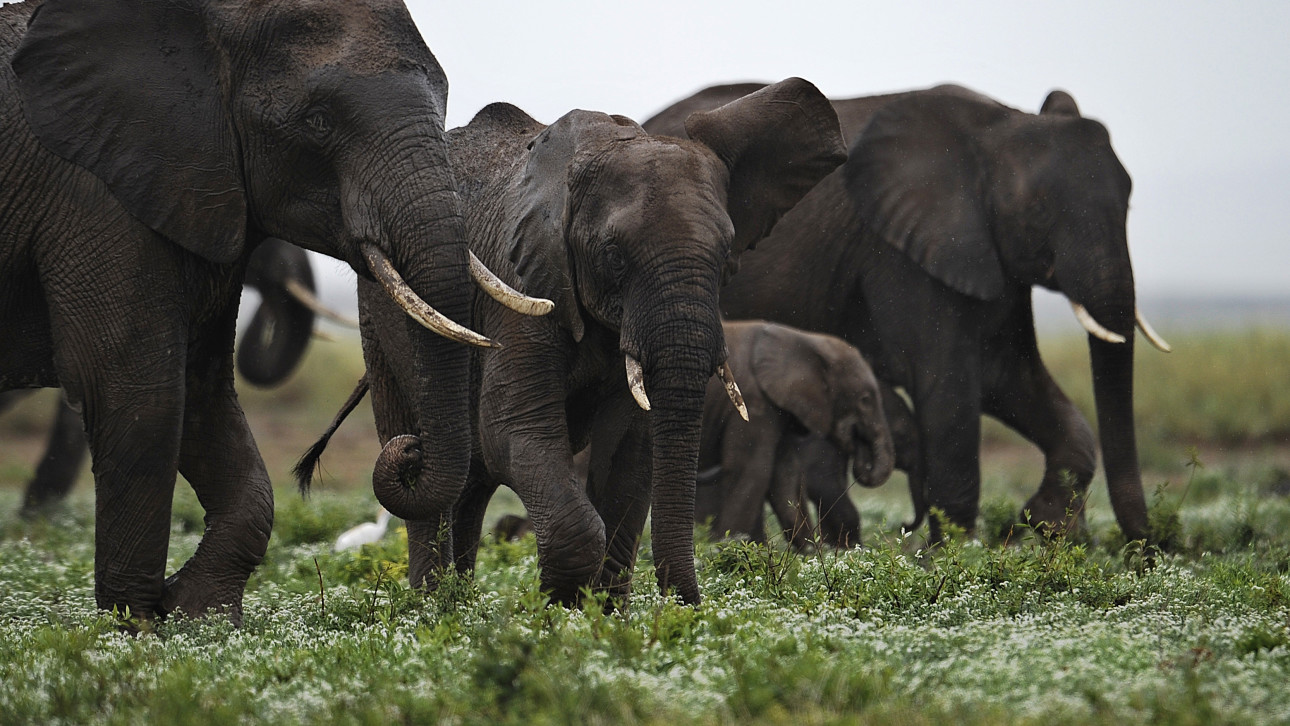 The plastic bag was adorned with a Mickey Mouse logo, but inside were bullets fit for an AK-47. Guards working for the World Wildlife Fund (WWF) had found them while tracking elephant poachers in the Central African Republic. Several weeks ago, they brought them to Nir Kalron, a former Israeli special forces soldier. Kalron leads the team I work on at Maisha Consulting, a Tel Aviv–based firm that the WWF has hired to secure a special reserve.

As our team looked at the ammunition, we noticed something familiar: four small Persian letters written on the headstamps. The letters, we realized, were the initials of the Iranian Defense Industries Organization—a company controlled by the country’s Revolutionary Guards. It was the third time this year we had seen these bullets, but the question remained: Why were poachers using Iranian ammunition? And how did these bullets get to the heart of Central Africa at a time when international sanctions were squeezing the regime?

The first signs that poachers were using Iranian ammo came in January, when our team stumbled upon discarded cartridges while visiting the Bouba Ndjida National Park in Cameroon. We had come there after a poaching rampage wiped out a large portion of the park’s elephant population. Left behind, along with empty food cans, candy wrappers and hundreds of dead elephants, were empty bullet casings. The casings included a date mark, two numerals that corresponded to the year they were manufactured: 67. I had recently read a US Defense Intelligence Agency report that mentioned Iranian ammo, and I made a connection between what I read and what Kalron found.

The only problem with the Iranian theory: The bullets didn’t have a crown. For years prior to Iran’s Islamic Revolution, the crown symbol was apparently present on most state-manufactured Iranian ammunition. Our team was confused. But after speaking with some friends at c4ads, a Washington-based nonprofit, I was confident we were onto something.

Farley Mesko, the group’s chief operating officer, had a breakthrough insight. There’s a 22-year difference between the Persian calendar and its Western counterpart. So the ’67 dateline could actually mean the bullets were from 1989—well after the Islamic Revolution.

Varun Vira, an analyst at c4ads, agreed. “Incredible find,” he said in an email. “Very clearly Iranian from the Sazman Sanaya Defa factory.” That factory is overseen by the Iranian Revolutionary Guards, an ideological military force, which has significant business interests. The timeframe lined up, too. In the late 1980s, after a brutal war with Iraq came to an end, the Revolutionary Guards took control of the country’s weapons production.

Unfortunately, there was still a missing link. Yes, we have compelling evidence that the bullets were from Iran. But how had they made their way to the heart of Africa, where for years, poachers have been hunting elephants to the verge of extinction?

The answer resides in war-torn Darfur. Earlier this year, Conflict Armament Research, a UK-based firm that tracks the global flow of conventional weapons, released the results of a six-year study. Among its conclusions: Tehran surreptitiously funnels massive amounts of ammunition to ally, Sudan. Khartoum’s intelligence agencies, the report found, in turn sold weapons and bullets to various rebel forces and local militias. Most of these weapons were manufactured over the last decade, and some, the report concluded, may have entered the region in violation of United Nations sanctions. Amazingly, the headstamps on the bullets that Conflict Armament found are identical to those being used by the poachers.

From Iran to Sudan

Analysts believe Iran is sending ammunition to Sudan for both ideological and financial reasons.

“Sudan is increasingly a major re-distributor of weapons and ammunition across the northern half of the African continent,” says James Bevan, the director of Conflict Armament, in an email. “The fact that Iranian weapons, which match those proven to have been supplied through Khartoum in the past, now appear in countries such as the Central African Republic and Cameroon (with ostensibly no previous connection to Iran) speaks to an expanding Iranian weapons ‘footprint’ in Africa.”

My colleagues and I have long heard rumors about well-armed Sudanese gangs traveling thousands of miles away from home to hunt elephants. In fact, a group of them had allegedly killed 26 elephants in a forest clearing in the southwest portion of the Central African Republic last April. In another area of the war-ravaged country, Sudanese gang members were spotted wearing the uniforms of one of the country’s notorious intelligence agencies.

This makes sense. Over the past three years, poachers in Africa have slaughtered an estimated 35,000 elephants per year. That’s one elephant every 15 minutes. The majority are killed for their ivory, to meet the growing demand among China’s rising middle class. While some poachers are simply eeking out a living, in recent years we’ve seen their business become increasingly sophisticated. Many exploit weak countries with porous borders, and now have direct ties to armed groups. The Sudanese gangs with their Iranian ammo appear to be part of a larger trend. In other words, killing elephants in Africa is not some Mickey Mouse operation.

Omer Barak is the former news editor at Maariv in Israel. He now works with Maisha Consulting as an intelligence analyst.