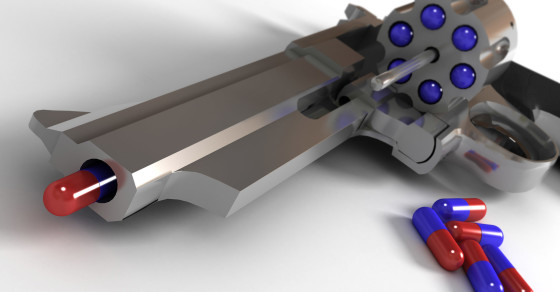 Ismaaiyl Brinsley—the man who shot two cops in Brooklyn last week, igniting outrage and a fresh round of protests—had already served two years in prison and been arrested more than a dozen times before he wounded his ex-girlfriend and killed the two officers. “He was an emotionally troubled young man, and he was suicidal,” his sister told reporters.

Investigators believe that Brinsley obtained the gun used to commit the murders through the black market. Likely, a background check would have prevented him from purchasing the weapon legally.

But what about others with a history of mental illness? Exactly how easy is it for someone, even without a violent history like Brinsley’s, to get their hands on a deadly weapon?

To find out, as part of our partnership with MSNBC, Vocativ connected with Sammi, a bright 27-year-old who uses YouTube to talk about her history of bipolar type 1 and social anxiety disorder. Employing hidden cameras, we filmed her encounter with a store employee as she attempted to purchase a firearm.