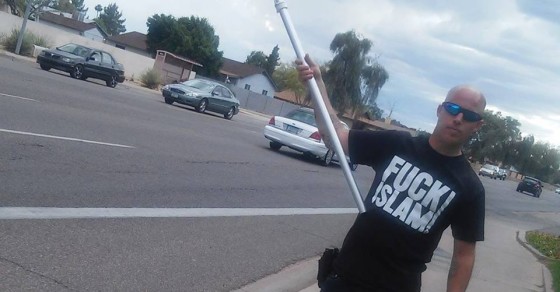 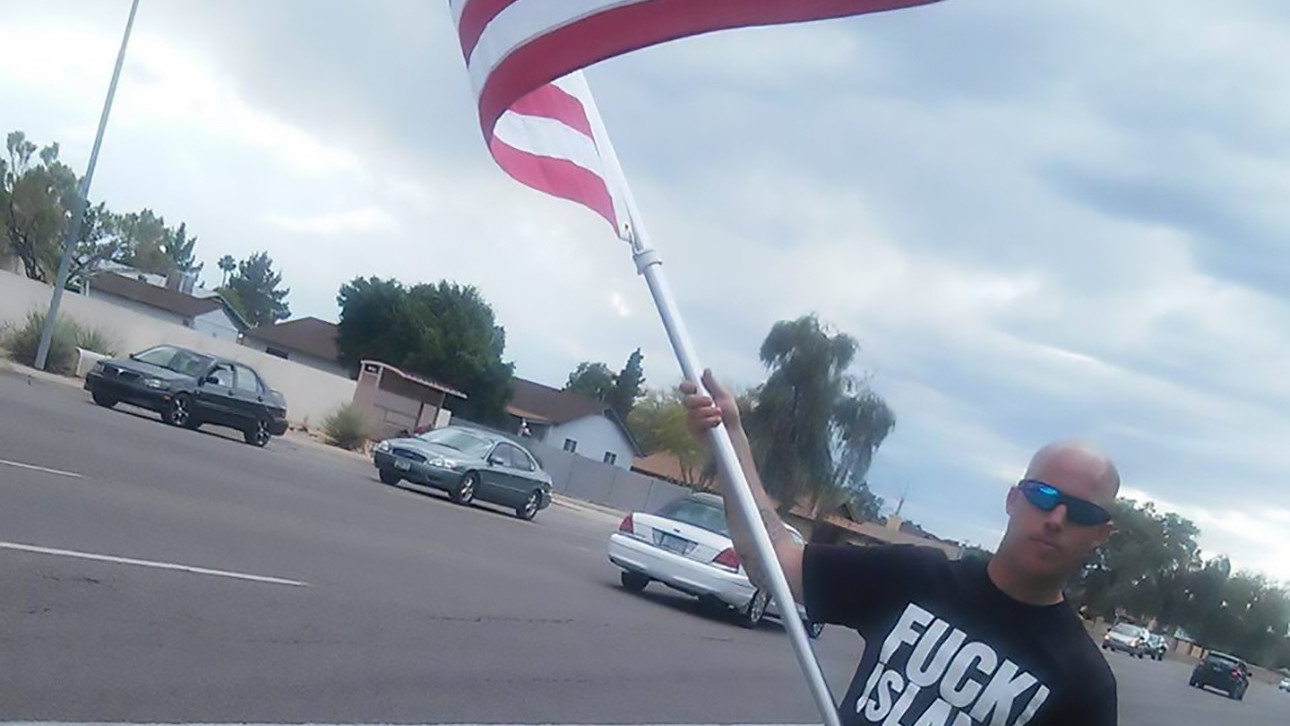 The last time someone in the U.S. encouraged people to flaunt their cartoons of the prophet Muhammad, it sparked a shootout in Texas and two people were killed. Now, about 200 bikers are a planning a similar event in Arizona—and this time, the organizer is urging participants to bring their guns.

Friday’s “protest” is set to take place outside the same Phoenix mosque that had ties to the two American Muslims who died in last month’s shootout. In that case, the two men—Nadir Soofi and Elton Simpson, both ISIS supporters—drove from Phoenix to to the “Draw Muhammad” event contest held by controversial conservative activist Pam Geller in Garland, Texas. Simpson and Soofi were shot and killed by security guards after they drove up to the community center and opened fire. No one else was injured seriously in the attack.

The organizer of Friday’s rally is former Marine Jon Ritzheimer, who claims that the contest is about freedom of speech, not race or religion. “This is not about race or any other side agenda that the Liberals are making it out to be,” Ritzheimer posted on the event’s Facebook page. “This is purely 100% a Freedom of Speech Rally. Stand Tall and show that we can PEACEFULLY protest our rights that are under attack. That is the sole cause for this Rally and Islam wants to silence us.”

Ritzheimer did not immediately respond to Vocativ’s interview request. Despite claiming he wants the event to be peaceful, Ritzheimer is urging attendees to bring firearms—and that he’s anticipating having to use them.

“(sic) This Islamic Community Center is a known place that the 2 terrorists frequented,” he wrote on the page. “People are also encouraged to utilize there second amendment right at this event just incase our first amendment comes under the much anticipated attack.”

The bikers plan to meet in a Denny’s parking lot near the Islamic Community Center of Phoenix at 5 pm. At 6 pm, the group will head to the mosque because “that’s when they normally host a large prayer,” according to Ritzheimer’s schedule of events. The bikers will then have a “Muhammad Cartoon Contest” outside of the mosque. The winner of the contest will be announced at an after party at a bar.

It’s unclear which motorcycle club Ritzheimer is affiliated with, but a member of a Phoenix motorcycle club that is considered by law enforcement to be an outlaw motorcycle gang tells Vocativ “I’ve never heard of the guy…there’s a small community of real MCs around here and he’s not part of it.” He went on to call the contest “f**king stupid.”

The Phoenix Police Department tells Vocativ that law enforcement is aware of the contest but would not give details about any precautions it is taking.