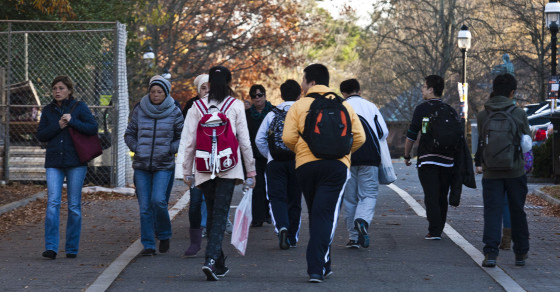 Contrary to the sentiment that rampant false allegations inflate the reported frequency of campus sexual assaults—something that took hold in the wake of the Rolling Stone and University of Virginia rape scandal—a new study published by the American Psychological Association (APA) shows that schools are accurately reporting incidences of sexual assault on campus only when someone’s paying attention.

Princeton University was one of the colleges investigated for underreporting sexual assaults on campus.

By comparing sexual assault data that universities submitted before, during and after federal investigations by the Department of Education, the study found that crime reporting increased up to 44 percent while under the scrutiny of government watchdogs, only to drop down to pre-audit levels following the completion of investigations.

“When it comes to sexual assault and rape, the norm for universities and colleges is to downplay the situation and the numbers,” says researcher Corey Rayburn Yung, JD, a law professor at the University of Kansas. “The result is students at many universities continue to be attacked and victimized, and punishment isn’t meted out to the rapists and sexual assaulters.”

As of early January, the DOE’s Office for Civil Rights was conducting 97 investigations at 94 universities over concerns that schools had mishandled cases of sexual assault. Many of the universities were found to be underreporting the rate of on-campus sexual violence—a violation of the Clery Act, which requires schools to fully disclose details about crimes that occur within their jurisdictions, else risk being fined up to $35,000.

But as this study shows, some schools are willing to take the financial hit if it means protecting their public image. Yung’s analysis included 31 large universities and colleges audited between 2001 and 2012, prior to the current sweep—a sign that sexual assault has long been an overlooked issue at the nation’s institutes of higher education.