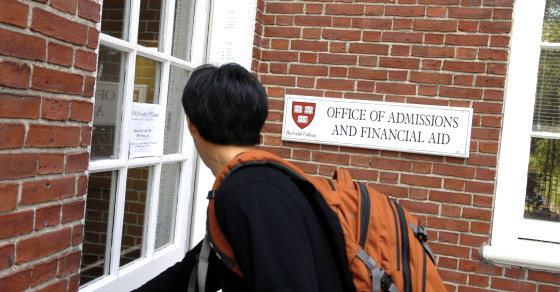 Most Students Get Accepted To Their First-Choice Colleges

If this year fits the pattern of previous years, about 70 percent of college applicants will receive letters on Tuesday with the good news that they got into their top-choice schools. But only about half of college applicants will actually attend their number one picks, according to an annual survey by the Higher Education Research Institute at UCLA. The cost of tuition is the main reason students opt for their second choice even if they are accepted to their top choice, but don’t attend.

And students tend to apply to more colleges, not fewer. The greatest number of students, about 20 percent of the total, applied to between eight and 11 schools last year. About 10 percent put all their eggs in a single basket, applying to only one school.