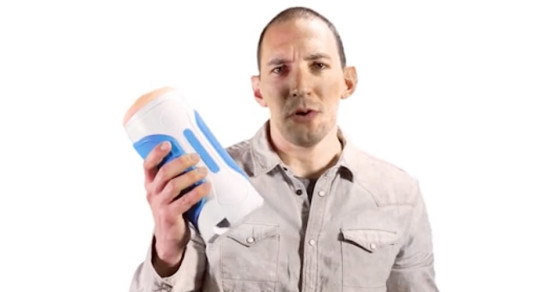 The Sex Toy That Men With Disabilities Are Buying 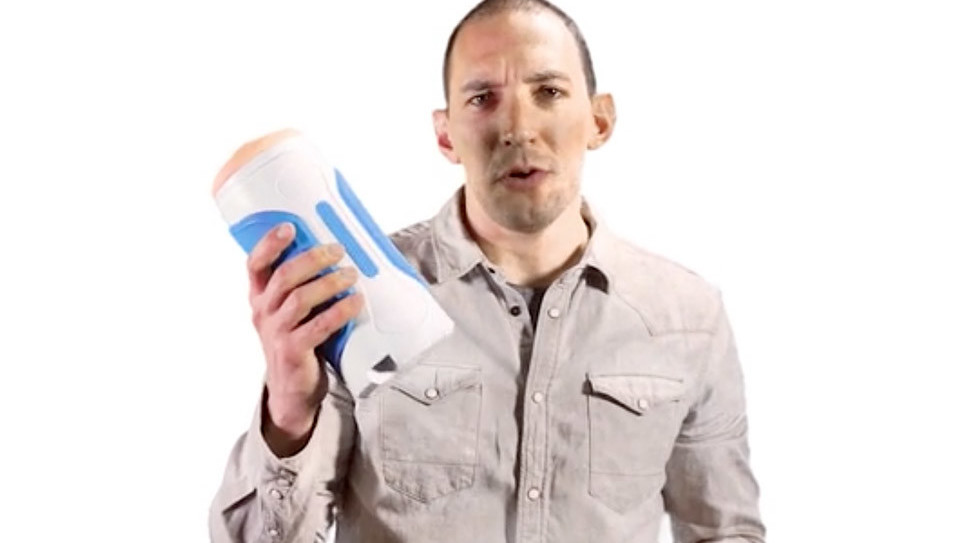 And it’s even more of a wasteland for a subset of the male market—men with disabilities that make it impossible for them to have conventional sexual experiences. But that may be changing.

Take the Autoblow 2, a hands-free male “pleasure machine” that has raised nearly $90,000 on Indiegogo, almost doubling its $45,000 crowdfunding goal.

According to its inventor, Brian Sloan, an American lawyer living in China, a surprising number of the backers have disabilities, ranging from multiple sclerosis to amputated limbs. “It makes sense that a hands-free masturbator would take on a new importance when one has limited use of their hands,” he says.

Sloan doesn’t know exactly how many of the project’s 850 backers have a disability, but he says he’s received over a dozen emails with questions from men who are paralyzed or have MS.

Danny, who agreed to be interviewed for this story under a pseudonym, is one of them. Growing up, he was a physically active kid who played tennis. But in 1991, the year Danny turned 24, something changed. His vision began blurring and he started losing his balance. When he began falling down, he went to the doctor.

“I was a tennis player, so poise was never my problem,” says Danny.  “I didn’t know what to expect.”

After more than six months of tests, Danny’s doctors confirmed the root of his ailments: multiple sclerosis, an auto-immune disorder that affects nearly 2 million people worldwide.

Danny, now 46, walks with a cane. He lives in a small suburb outside Chicago and works in IT project management. He uses a catheter to urinate and wears an adult diaper. The condition also affects his sexual function—he can get an erection, but he can’t really feel much. He also has a general numbness in his hands.

“It’s like a halfway feeling,” he says. “I have a sensation, but it’s not particularly strong. It sucks. I’m a sexual creature, I’m interested, and I want just what most other men want: sexual satisfaction. And not being able to achieve that is a real bummer. It totally blows, so to speak.”

When Danny saw an ad for the Autoblow 2, a male “stroker” being advertised on Indiegogo, the crowdfunding site, he decided to spend the $89 to become a backer and receive the product once it has been manufactured.

Danny says he’s tried other fleshlight-type devices, as well as devices that stimulate his prostrate, but they were pretty ineffective. “I’m always interested in anything that might be more stimulating—that might help me achieve satisfaction,” he says.

The Autoblow 2, which is hands-free, uses an industrial motor and operates at variable speeds, so users can control just how powerful the device feels. It can be propped up on a table or bed, or placed directly on a man, to simulate sex. By using a wall outlet for a power source instead of a traditional battery, it promises to be the “most powerful” stroker on the market.

Mark, who lost feeling in some parts of his body after a car accident, is another backer of the Autoblow 2. “Socially, it’s more accepted for women to have these toys, whereas men are portrayed as perverted. It bothers me somewhat knowing that I can’t just be open about buying this product. It’s not necessarily socially accepted at this point.

“I’m not necessarily Tarzan in the bedroom,” he says. “I feel like my wife has a lack of desire for sex. But I still have a huge sexual desire, but I can’t do it myself.”