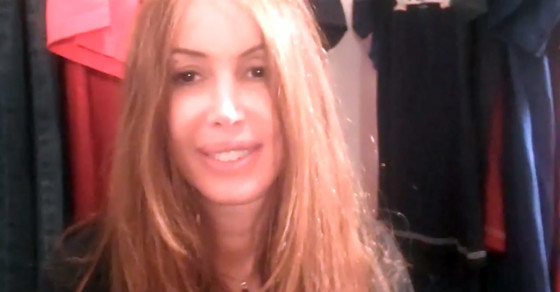 “How Does Leslie Lessin Sleep at Night?” Unmasking Terry Richardson’s Partner in Perv
By Elizabeth Kulze

“How Does Leslie Lessin Sleep at Night?” Unmasking Terry Richardson’s Partner in Perv 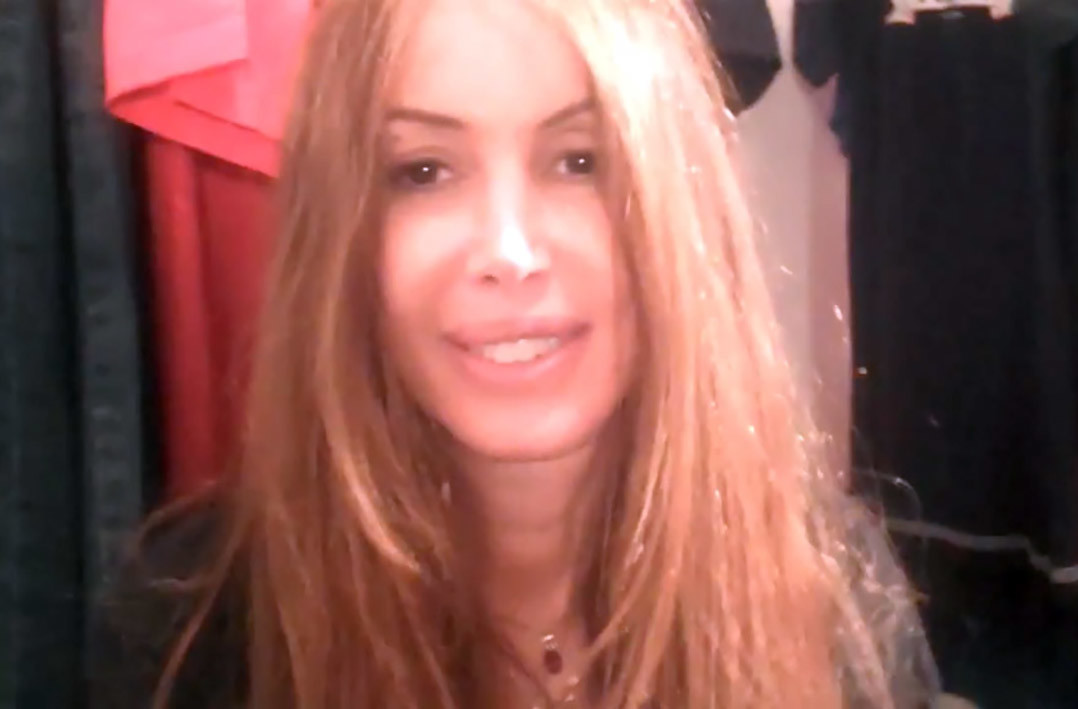 Among the many details that have surfaced regarding Terry Richardson’s private photo sessions, one of the ickiest is a female colleague who reportedly stands by to take photos and cheer him on as he engages in sex acts with barely legal models.

Charlotte Waters and Jamie Peck, two former models who have spoken out about their humiliating experiences with Richardson, have now confirmed that the colleague in question is Leslie Lessin, a successful stylist with a Rolodex of high-profile clients. According to both women, Lessin was the “assistant” who served as Richardson’s enabler, facilitator and collaborator during their nude sessions with him.

When Waters first reached out with her story last week, she couldn’t recall the name of the middle-aged brunette who was Terry’s right-hand woman on set, but she did offer a description: “Probably 40 or 45ish…with dark hair and a little bit of work done on her face. I think she may have had fake boobs.” 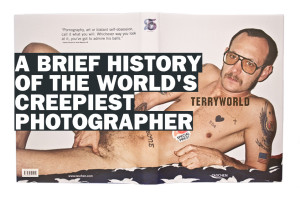 Shown a photograph of Leslie Lessin, Waters confirmed “without a doubt” that Lessin was the assistant who Waters says stood over her and took photos with a point-and-shoot camera as Richardson ejaculated onto her face. “Made my jaw drop seeing that pic!” wrote Waters.

Leslie Lessin, pictured here, has said her favorite part of being a stylist is "the occasional glimpse of a hot tushy."

Waters said Lessin also insisted on sharing a cab with her after the shoot, in an apparent attempt to perform emotional damage control. “She kept telling me that I was a really strong girl, and that I’m really cool, and that it’s so good that I can handle that sort of thing,” Waters said. “Looking back it was obviously her attempt to make me feel like what I did was a good thing and what happened wasn’t bad.”

According to Lessin’s portfolio and an online archive of her work, she and Richardson have been working together professionally for close to a decade. As a stylist, Lessin’s resume includes dozens of Harper’s Bazaar covers and editorial spreads, the Pirelli calendar and campaigns for international brands like Levi’s, Aldo, Nike, Carolina Herrera and Heineken. She has also worked with a number of major celebrities, including Miley Cyrus, Cate Blanchett, Jessica Alba and Barbara Streisand. 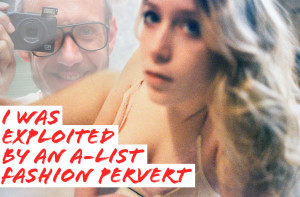 Commercial campaigns aside, it’s difficult to determine how often Richardson and Lessin collaborate on the photographer’s more personal, pornier work, but we know of at least two controversial instances. In both of these cases, the models allege Lessin appeared comfortable in the role of Aunt Leslie to Richardson’s creepy Uncle Terry, not only encouraging his exploits but standing at his side in order to clean up the seedy aftermath. (Both Waters and Peck claim she kindly handed them a towel to wipe themselves off once Richardson finished.)

“It seemed like they had done this a million times,” Waters said of the partnership. 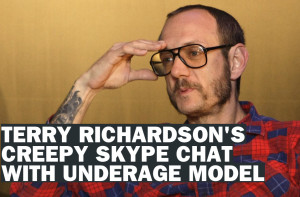 Jamie Peck, a journalist and former model who came forward with one of the first model tell-alls about Richardson in March of 2010, has also confirmed that Lessin was one of Richardson’s abettors. In Peck’s now infamous story, Richardson asked if he could make tea with Peck’s tampon and “strongly suggested” that she give him a hand job. Like Waters, Peck mentioned that his assistants stood on the sidelines taking photos and cajoling her.

“It was sort of like watching someone else do it, someone who couldn’t possibly be me because I would never touch a creepy photographer’s penis,” Peck wrote. “The only explanation I can come up with is that he was so darn friendly and happy about it all, and his assistants were so stoked on it as well, that I didn’t want to be the killjoy in the room. My new fake friends would’ve been bummed if I’d said no.”

Model Rosie Huntingdon-Whiteley poses for Richardson in a shoot for the 2010 Pirelli calendar, styled by Leslie Lessin.
(Pirelli via Getty Images)

Peck’s Richardson encounter dates back to 2004, five years prior to Waters’ experience, but as it turns out, Lessin was working with Richardson then, too.

“Oh my God, I just read Charlotte’s description of the assistant, and that is her to a T,” Peck confirmed in an email to Vocativ. “How does Leslie Lessin sleep at night?” 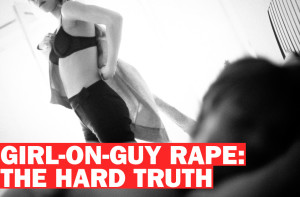 “He also had these two male assistants there,” Peck recalled over the phone. “But I remember Lessin as being very gung ho about everything. She was encouraging me the whole way, like isn’t this fun? Isn’t this cool? Everything is A-OK.”

In fact, Lessin may be the photographer’s number one fan. “I love Terry Richardson so hard!” Lessin told theschoolofstyle.com. “He is one of my most favoritest people on the planet. He is a creative, artistic genius. He literally never ever runs out of fresh amazing ideas. He is a modern master. I am blessed to be one of the people who gets to work with him.”

In 2004, Lessin was described in a profile of Richardson in the New York Observer as the “stylist friend” who approaches potential models in a Soho Starbucks on the photographer’s behalf. “I’ve had girls come up to me and say, ‘I want to shoot with Terry—he’s a bad boy,'” she told the paper.

Vocativ also received a tip from a photographer who said Leslie’s name had come up in a discussion about Richardson in a closed photography Facebook group, which generated passionate debate. One commenter, a New York street photographer, claimed that “the assistant” on the Charlotte Waters shoot was indeed his friend Leslie, among other things. Reached over email, the photographer did not wish to comment further and requested we withhold his name.

Vocativ reached out to Leslie Lessin’s agent multiple times over several days in an attempt to reach her for comment. At press time, Lessin remained unavailable.