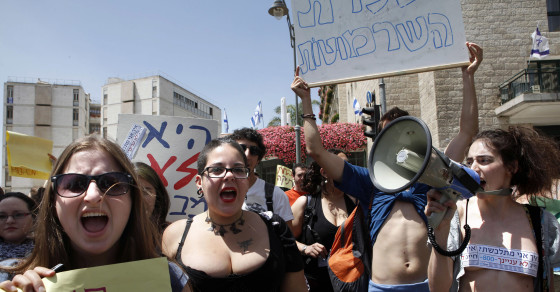 Israeli Men’s Behavior in Focus on Facebook
By Assaf Uni 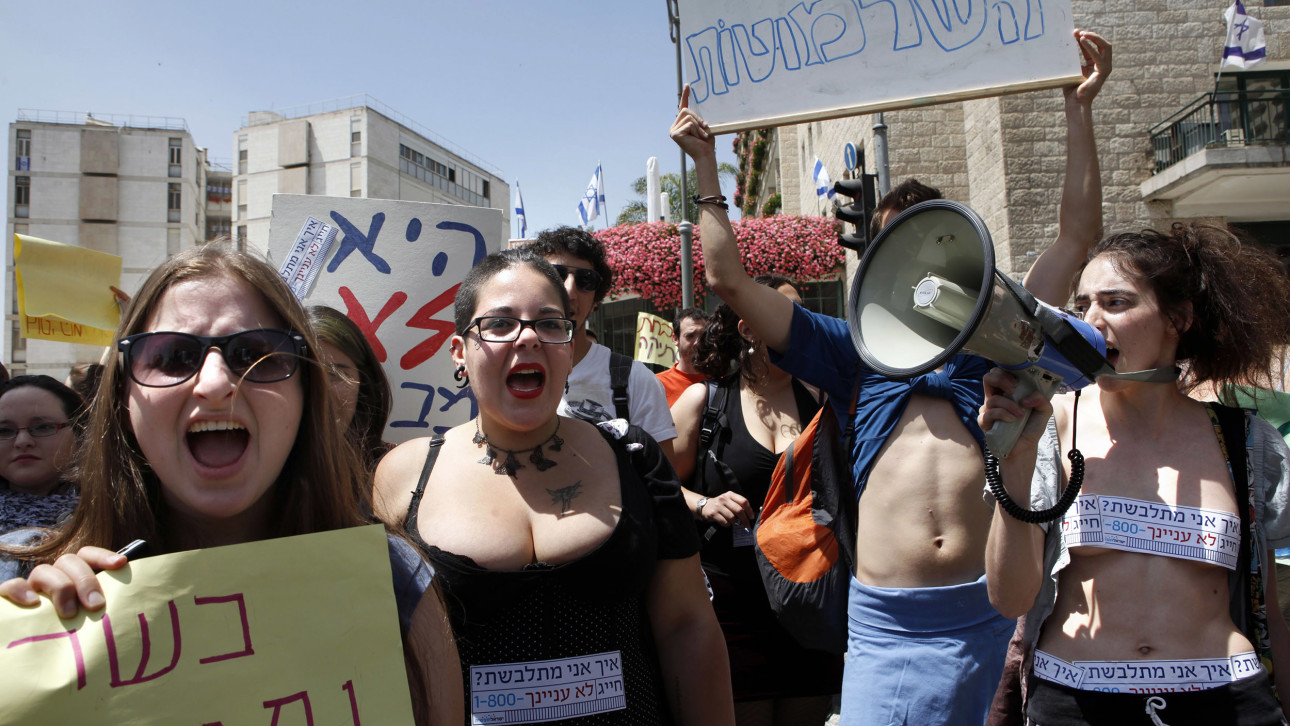 Israel continues to have a lively public debate about sexual harassment and attacks against women. The focus is squarely on men’s behavior, and women are coming together to share their experiences of selfish, pushy and dangerous male advances on a Facebook page called “Men in Sex.” The page mimics the “Men in Buses” group that became popular for sharing photos and stories about men’s inconsiderate acts on public transport, one of a growing number of groups, pages and forums dedicated to portraying how it feels to be a woman in Israel.

As long as he has space!

The “Men in Sex” page started with posts making fun of what men say during sex, or as they go about trying to get some. But soon the administrators began receiving a large number of firsthand accounts, and the page quickly developed into a platform for painful stories about sexual abuse and violent wrongdoing. It has captured the attention of mainstream media while drawing fire from those who are squarely in its sights: men.

“You meet a guy at a party; you’re dancing,” one of the most popular posts says. “You go to a side room to talk, and start kissing. After you say no to sex, he pushes your head down. ‘I will kill you if you leave me with blue balls,’ he says. Somehow (alcohol and so on) you agree. He keeps on pushing and does not let you take his **** out of your mouth. After a while, without letting you know or asking if it’s OK, he comes in your mouth and then asks, ‘Did you swallow?'”

The "Men in Sex" Facebook page has become a way for Israeli women to speak out.

“We are getting around 10 posts a day now,” says Yael, one of the four Israeli women in their mid-20s who field the submissions, which they then publish, stripped of any identifying details. “The overall majority are those kinds of stories.”

Yael, who asked that we change her name, says they are as busy deleting hateful responses from male users as they are publishing the original posts. “This is a place to get support from other people, to release and share, not a place for blaming the victim,” she says.

While the page has picked up 7,000 followers in the last month and now reaches tens of thousands, according to the page’s administrators, men have lashed out, saying the site is generating an unfairly negative stereotype against men. One user says, “It’s the woman’s responsibility to deal with the sex drive that God has given men.” Others have called on the women to go to the police if the stories are true, rather than write anonymously on Facebook.

In a more nuanced response, a group of men and women opened a counter-page called “Pleasant in Sex” in which they encourage users to share their positive experiences about sex.

The discussion takes place at a point when the issue of male behavior in public and private is being raised more and more, mainly online. News of cases of rape and sexual attacks among school children in Israel have started to rapidly spread via WhatsApp, and have also surfaced the need to deal with the subject, which is often swept under the carpet.

Surfacing the problem is not equal to solving it, but some male commenters have admitted that the site has given them pause for thought, and have vowed not to perpetuate the bad behaviors that are the source of all the anger.