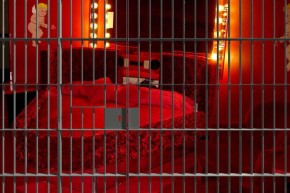 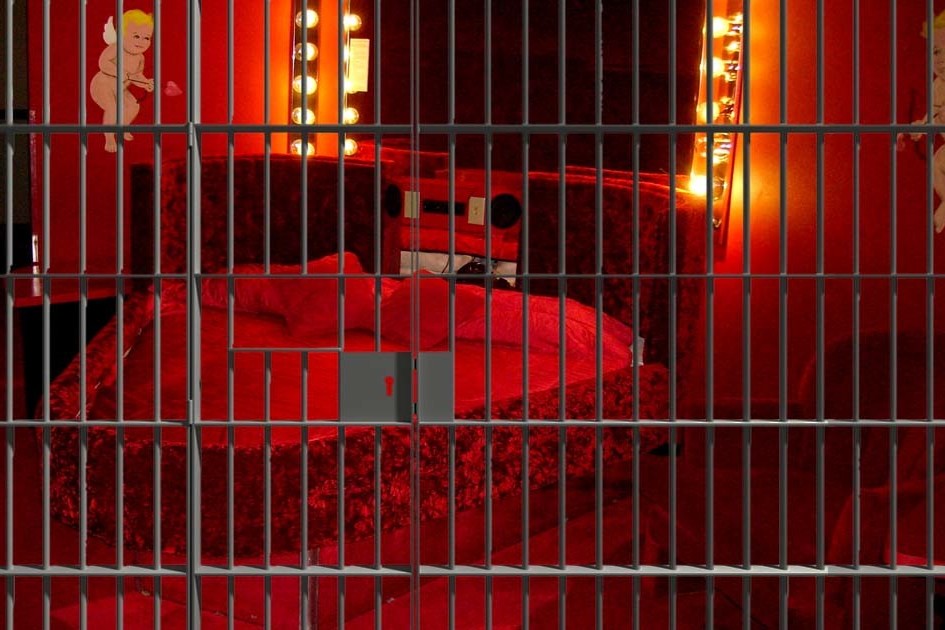 Conjugal visits may figure prominently in movie plots, but they’re hardly ever allowed in real life–as one New York prisoner has just learned the hard way. An appeals court ruled last week that Shawn Campbell, who is serving 25 years to life for bludgeoning a woman to death, would not be allowed to hold conjugal visits with his third wife, whom he married while he was already in prison.

New York is one of the few remaining states in the U.S. that offer conjugal visits. Such allowances have been on the decline in recent decades: In 1993, 17 states allowed them; now, only four do.
Mississippi was the first state to introduce conjugal visits—and even provide the prostitutes—but even they abandoned them two years ago. Their decision to cancel the costly program elicited protests from prisoners’ families and rights groups that said the visitations, though infrequent, promoted family bonds and improved prisoner morale.

Here’s what you need to know about the controversial penitentiary perk:

WHICH STATES HAVE THEM?
Only four states currently allow conjugal visits, otherwise known as extended family visits, and they don’t exist in the federal prison system. The states are California, Connecticut, New York, and Washington.

WHO’S ELIGIBLE?
Conjugal visits can only happen in medium- or lesser-security prisons. Though the rules vary from state to state, in general, prisoners must apply for the privilege and are ineligible if they’ve committed any of dozens of infractions, including fighting and swearing, in the past six months. Before the visit is granted, the prisoner must pass a health screening. In California, for example, an inmate must be legally married.

HOW OFTEN CAN PRISONERS HAVE THEM?
Extended family visits, in general, come in three flavors: six hours, 12 hours and 24 hours, an option only available to inmates with the best records and who are within one year of release. These visits are allowed on average once or twice a year for eligible convicts.

WHERE DO THEY TAKE PLACE?
They happen in private, apartment-style settings within the prison walls, and the rooms come with sheets, condoms, soap and towels. In 2010, former New York Gov. David Paterson tried to earmark $800,000 for two double-wide trailers for conjugal and family visits at the Five Points Correctional Facility in Romulus, Seneca County, but the plan never happened.

CAN SAME-SEX COUPLES TAKE PART?
California in 2007 made conjugal visits available to same-sex couples who are married or in a civil union. New York did the same in 2011.

ARE THEY FREE FOR THE PRISONERS?
Mostly yes, but in Washington state, the participation fee was recently raised to $10 per night from $5. Food is not provided.

WHEN DID CONJUGAL VISITS START?
Conjugal visits in the United States originated in Mississippi. The first program dates back to the early 1900s when a warden at Mississippi State Penitentiary introduced conjugal visits as an incentive for the (mostly black) inmates to work harder in the prison’s farming industry, according to lawyer Patrick Rodgers. On Sunday afternoons, the prisons brought in prostitutes who charged 50 cents for their services. “Sex was used as the proverbial dangling carrot for increasing inmate productivity,” Rodgers says.

DO OTHER COUNTRIES HAVE THEM TOO?
The U.S. isn’t alone in its increasingly stingy attitude towards conjugal visits. Great Britain and Northern Ireland do not allow them. Meantime, Germany allows prisoners to apply for conjugal visits but screening is tough. In 2010, an inmate murdered his girlfriend and attempted suicide during a visit, leading to a change in rules and tightened security at correctional facilities.

WHICH COUNTRIES HAVE THE MOST LIBERAL POLICIES ON CONJUGAL VISITS?
In countries like Venezuela and Brazil, unmarried persons are allowed weekly “visits.” In Colombia, where not all prisoners receive a cell and bed because of overcrowding, conjugal visits are routine. About 3,500 women arrive at prisons each Sunday to meet intimately with their husbands or boyfriends.

WHY IS SHAWN CAMPBELL NOT ALLOWED TO HAVE CONJUGAL VISITS?
According to “The Post-Standard, it mostly has to do with the fact that Campbell is on his third marriage since beginning his life sentence. In a decision handed down by Presiding Third Department Judge Karen Peters, she remarked that “such conduct does not evince a commitment to preserving familial relations.”