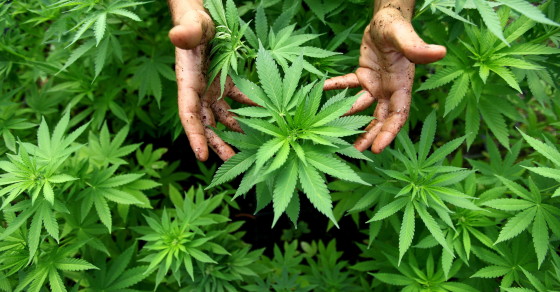 There’s a new twist in the case of the Kansas medical marijuana advocate who lost custody of her son after he spoke up in class in support of the treatment benefits of weed.

Shona Banda’s Facebook page has suddenly disappeared, and her supporters believe the police were behind the takedown. The page’s removal, earlier this week, comes on the eve of her trial on charges of possessing 2 ounces of cannabis oil. Banda has Crohn’s Disease. She and her son used to live in Colorado, where marijuana is legal, and she has long been using the oil to treat her disease.

Banda’s case became a lightning rod for the debate over drug legalization and freedom of expression when local authorities took away her son on March 24. The 11-year-old had spoken up in a drug-education class to disagree with some of the teacher’s statements about the harmful effects of marijuana.

With the help of local activists, Banda has crowdfunded almost $20,000 to cover her legal fees. About 245 people have joined a Facebook event page supporting her cause, and many of those people have published pro-Banda posts on the Garden City Police Department’s Facebook page. Then on April 17, Banda’s personal Facebook account disappeared, including all of her posts. Outraged supporters blame local police and say that even their private messages with Banda have suddenly been deleted from their own inboxes. Some colleagues are spreading the hashtag #SupportShona in the final hours before her trial on April 20. They have also been circulating a YouTube video that shows a crowd of police surrounding Banda’s house — on the same day her Facebook page disappeared — and barring the activist from entering.

We called the Garden City Police, who said they could not comment on the case or Banda’s Facebook page.