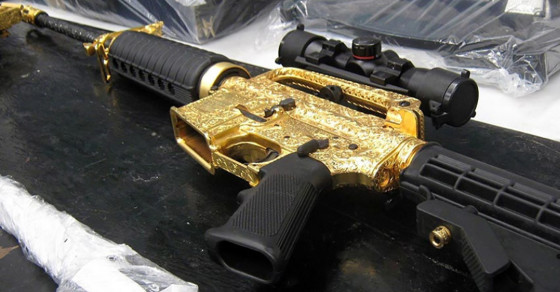 Mexico’s Cartel Brats Brag About Themselves on Social Media 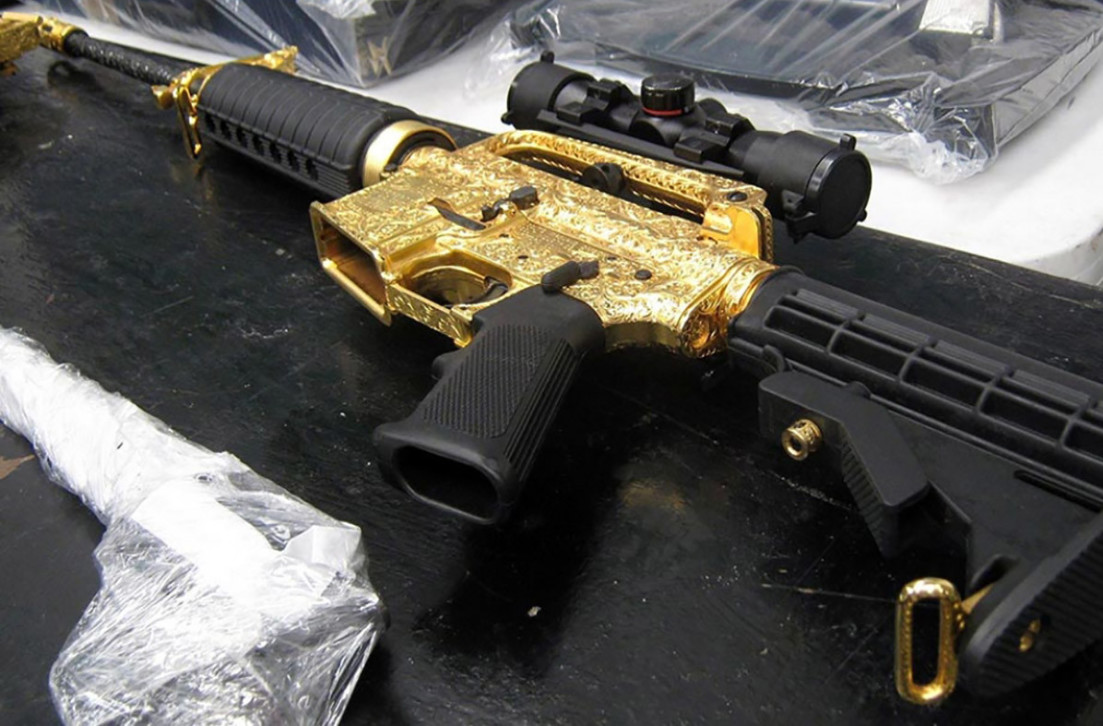 Most kids would probably keep a low profile if their parents were some of the world’s most wanted criminals, with multimillion-dollar rewards hanging over their heads. Not so in Mexico. The offspring of the country’s most infamous drug lords appear to have no qualms about plastering social networks with evidence of their lavish lifestyles and ill-gotten gains.

Born with silver-plated AK-47s in lieu of silver spoons, several narco juniors have taken to the Internet this year to flaunt their untouchable status and seemingly endless supply of drugs, guns, girls and sports cars. But a string of recent arrests, including that of legendary kingpin Joaquín “El Chapo” Guzmán, suggest the brazen behavior is finally beginning to catch up with them.

For several years now, Mexican cartels have used YouTube to disseminate propaganda and intimidate rivals with gruesome execution videos, but the use of Facebook, Twitter and Instagram among this younger generation appears to have little purpose beyond shameless self-promotion.

The spoils of war: Selections from the social-media feeds of El Chapo's sons, Alberto and Ivan

The most recent incident involved Melissa Plancarte, a semi-successful pop singer who is the daughter of Enrique Plancarte, a leader of the notorious Knights Templar cartel. In an apparent bid for publicity, Melissa posted a selfie on Instagram posing seductively in an outfit adorned with the iconic red cross of the Knights Templar, a group responsible for thousands of murders, rapes, kidnappings and shakedowns across central Mexico.

The image caused controversy in Mexico, but it was nothing compared with some of the content posted by the next generation of the nation’s most powerful cartel, the Sinaloa Federation.

Prior to his arrest in a condominium in the Pacific resort of Mazatlan last Saturday, El Chapo had cut a near-mythical figure as the head of the Federation, establishing himself as Mexico’s dominant drug lord with an estimated fortune of $1 billion.  After the death of Osama bin Laden in 2011, he was widely considered the world’s most wanted criminal, and Forbes ranked him the 67th most powerful man on earth.

Yet all this attention was not enough to dissuade his son, Alfredo Guzmán, from sharing details of their lives with over 35,000 followers on Twitter. Alfredo (@AlfredoGuzma) tweeted prolifically from July 15 to Nov. 11, 2013, sharing scores of outrageous images of gold-plated firearms, pet lions, tigers and cheetahs, fat stacks of cash, drug plantations, clandestine airstrips, expensive cars and dirt buggies, and even the bloodied corpse of a man who had apparently set up a fake Facebook page in the name of Alfredo’s older brother, Ivan.

The majority of Alfredo’s 6,994 tweets were banal boasts about his appetite for women, alcohol, marijuana and cocaine, but there were a few revealing details buried among them. Last August, Alfredo posted a photo that appeared to confirm the widely held suspicion that El Chapo and his associates had been receiving government protection. The image showed Mexican soldiers riding on a highway alongside Alfredo’s vehicle. “These guys escort me. It’s best for them that way and they know it,” he wrote.

Alfredo Guzmán implies that he travels with a military escort. (Twitter)

Somewhat complacently, Alfredo revealed that he divided his time between his hometown of Culiacan, Sinaloa, a ranch in the village of La Tuna, Badiraguato, where his father grew up, and a mansion in Zapopan, Jalisco, an area popular among the families of Mexico’s most powerful drug traffickers. Far from hiding out in a remote mountain lair as some had suspected, Alfredo also implied that El Chapo moved freely across Mexico.

Alfredo Guzmán says he takes his “little toy” to the cinema “in case anyone gets excited.” (Twitter)

“You search for my dad but he’s at ease right in front of you all and you don’t even realize,” he once tweeted. Alfredo also frequently mocked the $5 million reward offered by the U.S. State Department for information leading to his father’s arrest. “I spend five million betting on a cock fight,” he wrote in one such instance, “my dad is worth more than that.”

Despite saying he was forbidden from posting images of his father—who had not been caught on camera since escaping from a maximum-security prison in 2001—Alfredo posted two photos of El Chapo mounting a horse and walking beside a forest stream, although his face could not be seen clearly in either snapshot. Prior to his arrest, Mexico’s Attorney General’s Office (PGR) had indicated that such photos could be used as “clues” in the hunt for the elusive drug lord.

Alfredo’s brother Ivan (@_IvanGuzman_) also used Twitter from last July through November, albeit with a little more discretion than his younger sibling. Ivan mostly stuck to posting images of his collection of flashy cars, although he couldn’t resist showing off a gold-plated AK-47 on one occasion.

Both brothers frequently interacted with one Serafin Zambada, the son of Ismael “El Mayo” Zamabada, El Chapo’s partner and probable successor as the head of the Sinaloa Federation. Like Ivan, Serafin (@ZambadaSerafin) posted dozens of images exhibiting his penchant for heavy weaponry, fast cars, drugs and exotic pets on both Twitter and Facebook, but unlike the Guzmán brothers, he made no attempt to even hide or blur his face in his photos.

Such carelessness proved costly when Serafin was picked up by the DEA on Nov. 20 while trying to cross the border from Sonora into Arizona. DEA spokesman Rusty Payne confirmed at the time that the agency does monitor social media use. “If it helps us put a puzzle together, there’s a lot of open source stuff out there,” Payne said. “It’s not what I’d be doing if I were running a criminal network.”

A month later, perhaps the most flamboyant social networker of all from the Sinaloa Federation was captured. Best known as “El Chino Ántrax,” José Aréchiga Gamboa was the head of the “Anthrax” hit squad tasked with the protection of the cartel leadership. With more than 16,000 followers on Twitter and 25,000 on Instagram, El Chino (@comandante57_) described himself as the “Sinaloan Scarface” and would often pose in designer suits while brandishing customized weaponry in imitation of Tony Montana or James Bond.

Evidence of his dark side emerged last July when Serafin posted a Facebook photo of a handcuffed woman surrounded by masked commandos. “El Chino is going to leave this pleb headless for giving up information,” Serafin wrote. The next day he was shown kneeling before an altar, AK-47 slung over his back, in an act of apparent repentance.

Embracing the image of a playboy globetrotter, El Chino posted selfies from luxury resorts all over the world, including the MGM Grand in Las Vegas, where he took a snap alongside Paris Hilton. His rampant indiscretion did not go unnoticed; in December he was detained by Interpol upon landing in Amsterdam’s Airport Schiphol.

Further arrests followed in recent weeks as the net tightened around El Chapo to the point that he could no longer evade capture. Having not tweeted since Serafin was caught, Ivan and Alfredo have maintained their silence since their father was frogmarched before the world’s media on Saturday. It remains unclear what role if any their loose digital lips may have played in ultimately sinking El Chapo’s ship, but it’s a safe bet that future scions of the Sinaloan cartel might think twice before pressing the share button.