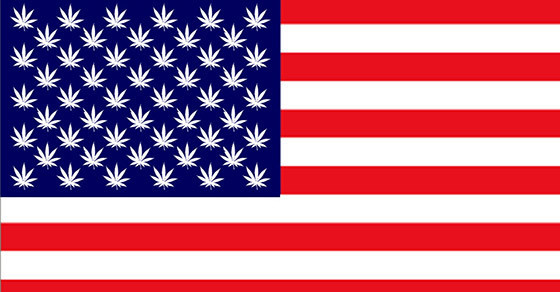 Don’t Get Busted: The 2015 Guide To Smoking Pot Legally In The U.S.
By Shane Dixon Kavanaugh

Don’t Get Busted: The 2015 Guide To Smoking Pot Legally In The U.S.

Just this week, Alaska and Washington D.C. joined the ranks of Colorado and Washington in legalizing recreational marijuana. Thanks to separate voter-approved referendums last November, residents and visitors to the Last Frontier and the nation’s capital who are at least 21 can now smoke, grow and possess cannabis (with sharp limitations, naturally). But retail shops selling pot products won’t open until the end of this year in Alaska and not at all in the District, creating a dicey landscape for law-abiding bud connoisseurs, as well as what you might call a toker’s paradox: Right now you can have an ounce of weed on you in public and up to six plants growing in your home in both places, but you still can’t legally buy either anywhere. As far as the current law is concerned, the pot just appears in a poof like a genie.

At times, the intricate rules that govern recreational marijuana elsewhere can be similarly confounding. In Alaska, an adult in Colorado can grow up to six cannabis plants at home. But you can’t grow any in Washington state. And while the penalty for publicly consuming pot in Seattle is $27, it can reach $999 in Denver.

Such quirks and variations in the law will likely increase as other places prepare to decriminalize pot. The measure to legalize marijuana in Washington, D.C., took effect Thursday, despite a brazen move by Congress to block the effort, which culminated in a stupefying procedural debate over the definition of the word “enact.” No retail marijuana shops will be allowed to open, but the District now permits people to possess, consume and grow marijuana (which they must illegally acquire). And when Oregon embarks in July on its own recreational weed adventure, users will have its specific set of rules and limits to follow. All of the early experimentation will be closely followed by California, Massachusetts, Arizona, Vermont, Maine, and Missouri, all of which are expected to follow suit on legalized pot by 2016.