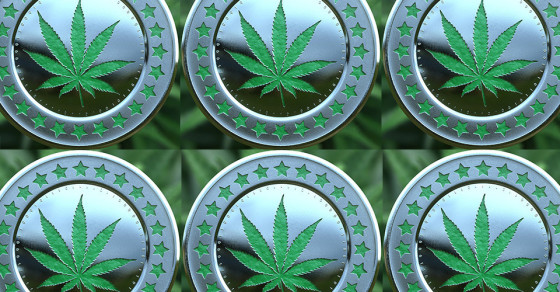 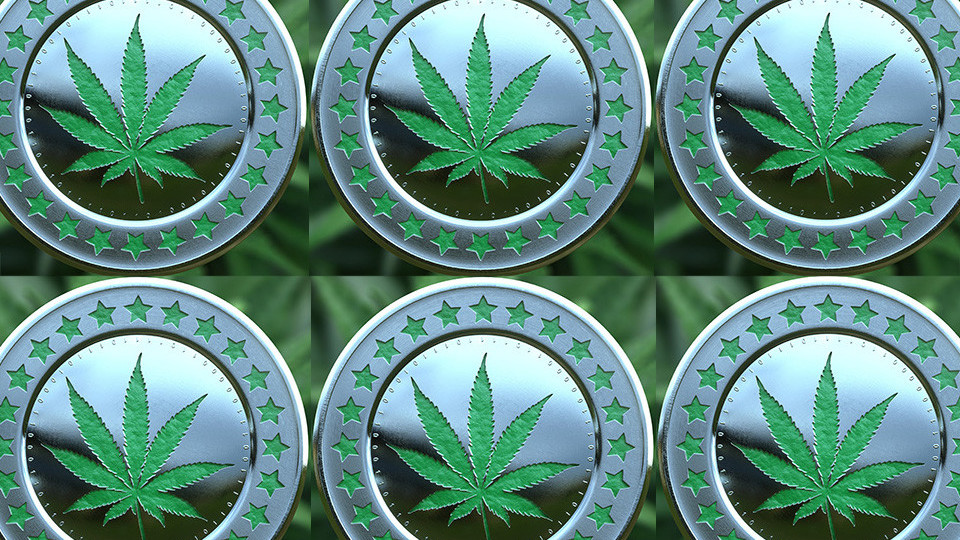 Indiegogo and Kickstarter are cornering the market for crowdsourcing indie films and books, video games, figurines and other creative projects. But no one has tried to tap the fundraising potential for pot ideas. Until now.

Enter PotFunder, which allows people to fund weed-related projects by donating PotCoins. PotCoins, which launched earlier this year, is a currency devoted entirely to pot transactions (preferably those that don’t violate international laws). As of today, one PotCoin was worth about 1 cent, and it hasn’t veered much from that valuation: The high for PotCoin in the last month was about 1.5 cents.

Unlike Silk Road, the shadowy online market that accepted bitcoins for the trade of illicit drugs and assassins-for-hire, PotFunder is comfortable showcasing its marijuana-centric business plan. The site is about a week old, and there are only four fundraising projects, including one that looks at the efficacy of weed to help treat a form of mental retardation.

But PotFunder co-founder Bobby Gooding says he hopes it will be used for a wide range of pot-related projects, from starting grow houses to launching research projects into pot’s efficacy as a treatment for different medical conditions.

Gooding, a former video game journalist who also now edits cryptocurrency news website CoinJoint.info, says he came up with the idea for the site with the help of “Deemington,” a user he met on the PotCoin subreddit. We spoke with the 28-year-old Gooding by phone from his home in Ipswich, England.

Why is now the time for a crowdsourcing site for dope-related projects?

The way the legalization is going in America at the moment, and in other places around the world, it seemed that it’s something that can make a big change to that industry. I really strongly believe in cryptocurrency and in the cannabis movement. There is a lot of medical stuff going on that is benefitting people’s lives, and this seemed like a great way to benefit this community.

Why should people trust you with their PotCoins?

There were so many suggestions to raise money for this, raise money for that, but nobody had a way to actually do it. The trusted members in the [PotCoin] community such as myself were able to just post something and say, “Send us some PotCoins.” But anybody else with an idea would be struggling to organize it and get it out there.

Can a person use your site to buy a stake in weed companies?

We’re not offering anything where you can kind of invest in shares in companies or anything like that, at the moment. I believe that is something that will probably be happening a lot more within the cannabis industry as it grows. Right now we’re focusing more on charity campaigns, and development [projects] to help benefit the PotCoin infrastructure.

If a pot farmer needs to buy a grow tent, can he post a campaign on the site?

Anybody is free to post a campaign up on the site. We’re reviewing them and approving them manually at the moment, because we don’t want to start it with a lot of new [campaigns] right away.

If there is somebody who wanted to start a new business in an area where weed is legalized and they have a need for growing equipment to get it started, then they would just post it up and they would list on their own campaign exactly where the money would go, similar to how you would with a Indiegogo or Kickstarter campaign.

Do the campaigns have to involve weed itself?

We’ve got one running at the moment that is for the development of a new Android wallet piece of software. This one is more infrastructure-based, improving options for the coin itself.

Another campaign was used to raise money for the research of using marijuana to treat Fragile X Syndrome, a genetic condition tied to developmental problems. The guy who posted the listing has Fragile X syndrome and has benefitted greatly from the cannabis treatments. It has raised 50,635 PotCoins so far.

PotFunder has raised nearly 100,000 in PotCoins thus far for all four of its campaigns. My ultimate goal would be to raise some money that helps to finally push the legalization effort here in the U.K. and be a part of raising the fund that will help get that change in place.

Do you smoke dope?

Yeah, I use it myself. It’s great for getting high, but as a medicine it can benefit people’s lives.

Or Schwartz contributed Deep Web reporting to this article.