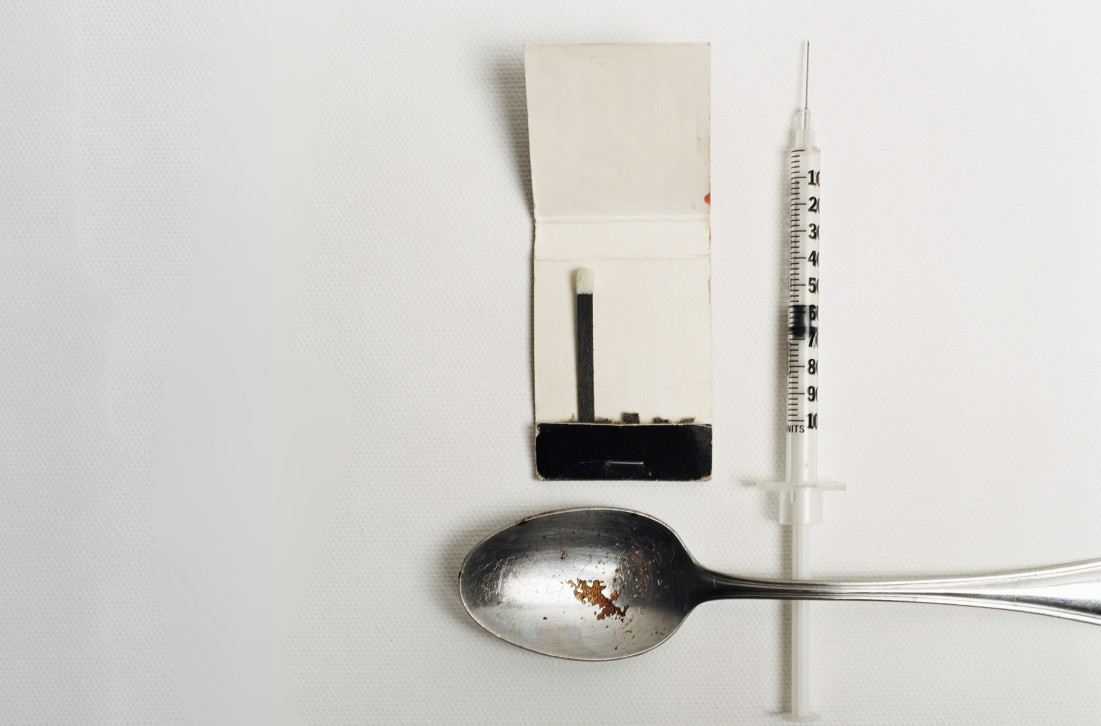 The New York City borough of Staten Island is a largely white, middle-class bastion of cops and firemen. It is also home to one the country’s worst opioid epidemics. In a community of less than half a million people, every five days someone there dies from an opioid overdose, according to New York City’s Department of Health. Staten Island’s drug problem has gotten so bad, in fact, cops now walk the streets armed with naloxone, a drug that counteracts the life-threatening effects of opioid overdoses.

The crisis reflects a broader epidemic sweeping across New England that has ravaged primarily working- and middle-class communities. As in areas devastated by crack in the 1980s, in Staten Island local rappers have stepped up to chronicle the borough’s drug problems.

Like the most recent opioid epidemics in the U.S., Staten Island’s crisis began with prescription painkillers. Many men in the borough work physically demanding jobs, and they inevitably suffer injuries. Some drug counselors believe doctors, following the advice of pharmaceutical companies, prescribed pain medication for maladies that could have been treated with over-the-counter medications like Advil. This created a “culture of over-prescribing,” according to Adrienne Abbate, who runs a public health nonprofit on the island, and opened the door for “bad actor” physicians who wrote prescriptions for money.

One such doctor, Felix Lanting, dispensed more than 3,000 prescriptions for oxycodone—a synthetic opioid—over a six-month period in 2010, or roughly 15 per day. Lanting was 83 when he got arrested that same year.

As the investigators began to crack down on oxycodone scripts, addicts turned to heroin, a much cheaper alternative. Oxycodone costs around $30 for a 30-milligram pill. But a single bag of heroin, enough for a shot, goes for $10, and a bundle of 10 bags costs $70. Soon there was a massive influx of heroin from Newark, New Jersey, and other parts of New York City. Between 2011 and 2013, the amount of heroin police confiscated on Staten Island jumped by more than 300 percent.

Even so, there’s little evidence of painkillers or heroin on the streets in the borough, a suburban community where the median income is around $70,000 a year. Drug deals are generally arranged over the phone and take place in a car, or in a pleasant house with an American flag out front.

Angela Attanasio is the director of an addictions treatment program, one of many on the island that has filled up with young patients—opioid addicts in their teens, 20s and early 30s. “A lot of the people, when they come in, they’re still using,” she says. “Some as much as five to 10 bags of heroin per day. They’re trying to avoid withdrawal.” Attanasio’s staff often directs patients to Suboxone, a drug similar to methodone that eases withdrawal symptoms.

Attanasio is quick to note that many of her patients come from privileged backgrounds and stable families. “I was with a mother the other night,” she says. “She’s a lawyer. Her 21-year-old son went to Catholic high school and was on the football team. Now he’s doing four bags of heroin per day. This kid lost two of his friends to overdoses.” On Staten Island, it seems everyone knows somebody who has overdosed.

Despite the pervasiveness of the problem, the island’s traditional family-values culture makes it difficult for parents to discuss the issues facing their children. “There’s a stigma,” says Attanasio. “People are starting to speak up, but we have a long way to go.”