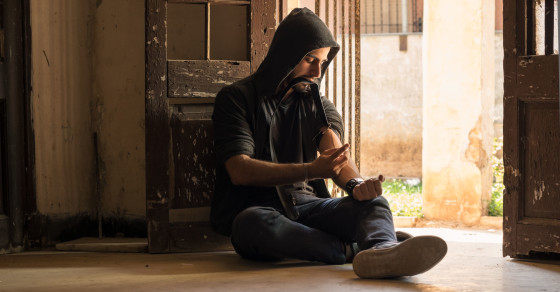 Heroin Overdoses Are Killing Four Times As Many People
By Joshua A. Krisch

Heroin Overdoses Are Killing Four Times As Many People 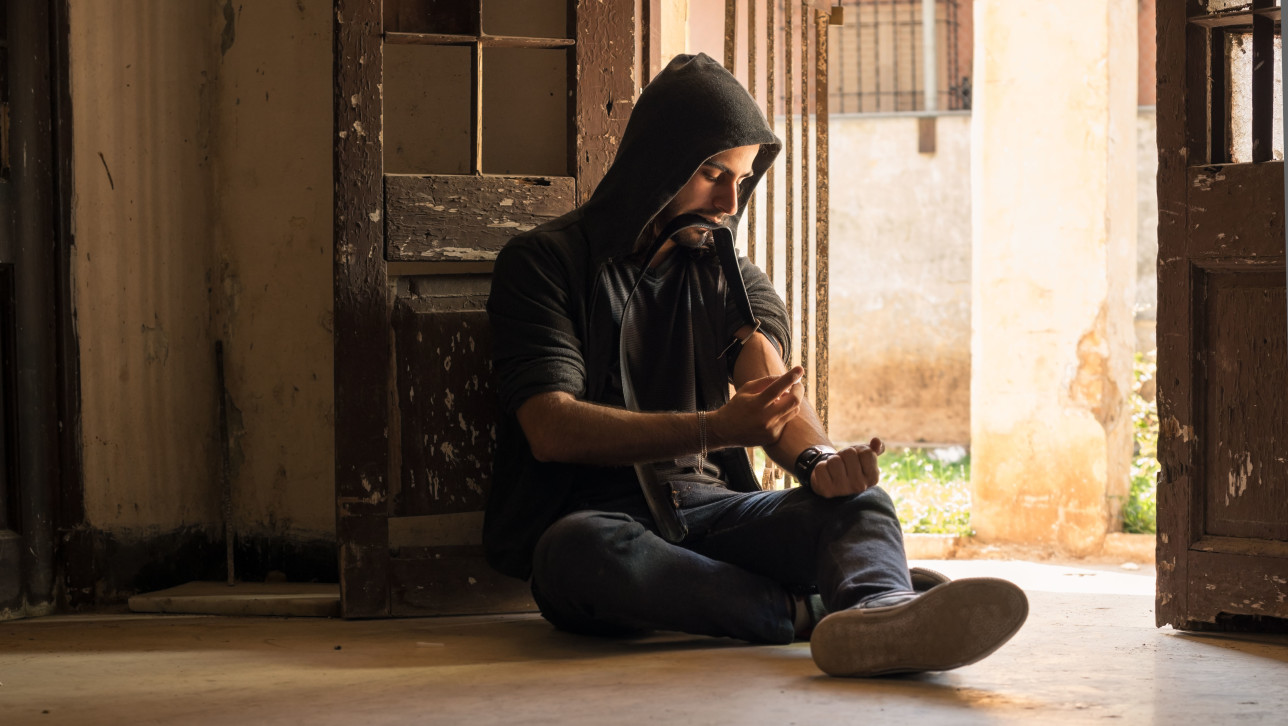 Heroin deaths in the U.S. have nearly quadrupled in the past 15 years and skyrocketed since 2010 according to a new report from the Centers for Disease Control and Prevention. Men overdose more often than women, the report shows, and young white men are succumbing at a higher rate than any other demographic—roughly 7 deaths per 100,000 people.

Unfortunately the Justice Department saw this coming. The feds have been cracking down on prescription drug abuse throughout the past decade, busting pill mills and scrip-happy doctors, and incidentally raising the prices of prescription opiates. Heroin became an appealing alternative (similar high, but with a lower street price) which could help explain the drastic increase in heroin deaths. Indeed, the CDC report suggests that about 80 percent of first-time heroin users abused prescription painkillers long before they moved onto dope.

Here’s a breakdown of the CDC’s numbers: 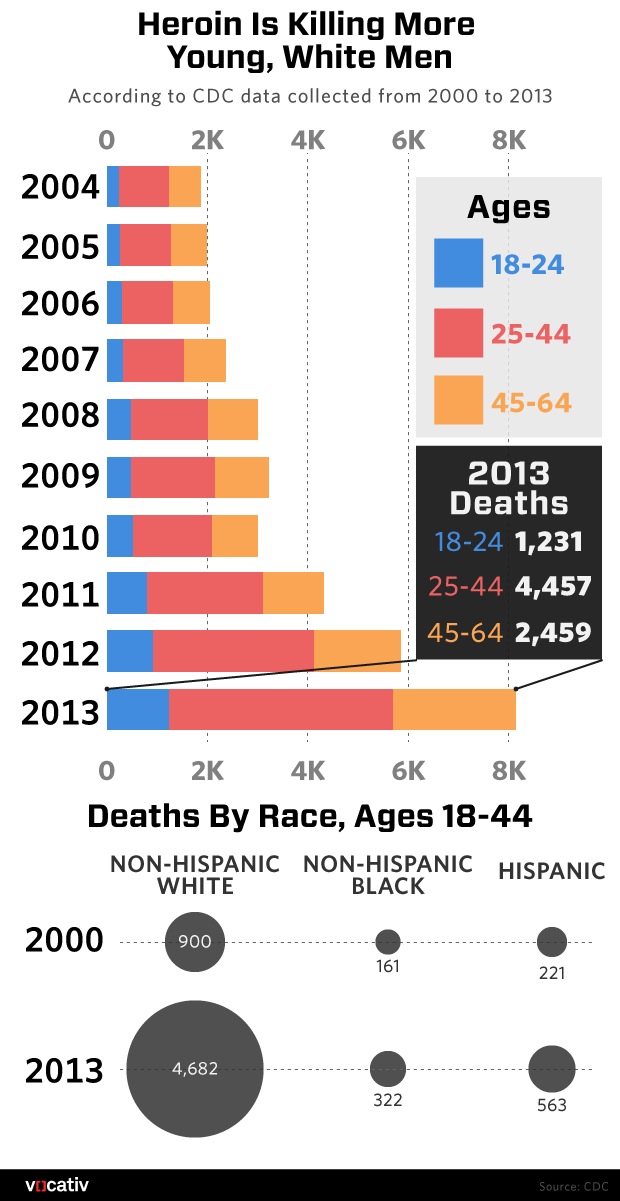