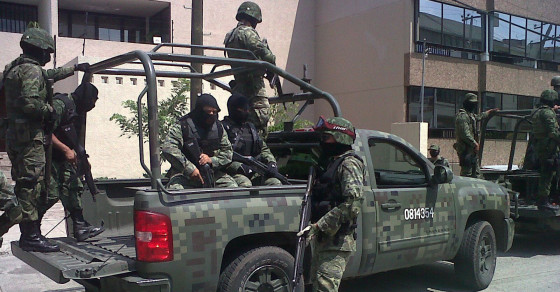 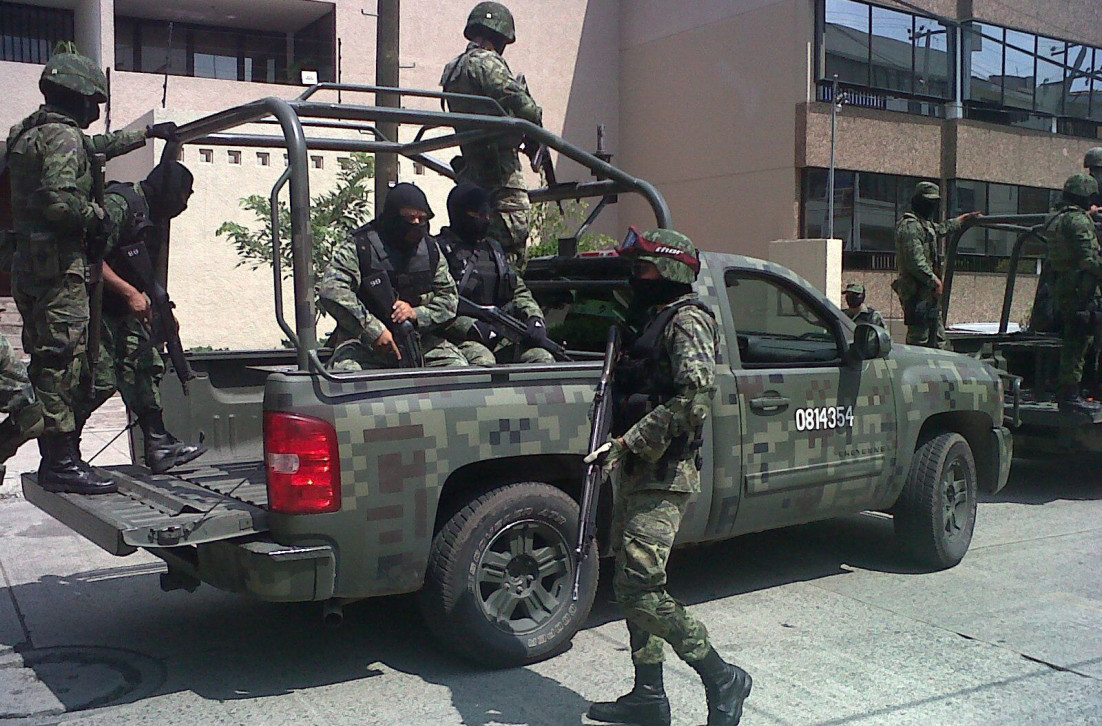 GUADALAJARA, MEXICO—There are generally two routes out of the drug cartels for Mexican narcotics kingpins: arrest or a violent and untimely death. Some of the most infamous, however, can expect to be immortalized and live on through local folklore. Legends abound of supposedly slain capos who are back from the dead, or who have somehow evaded or faked their own death. Such is the level of public distrust in the Mexican government that few believe the official accounts of takedowns. Amid all the confusion, it can be hard to determine who’s dead and who’s alive.

In 2010, for instance, the government claimed that federal police killed Nazario Moreno González, the eccentric founder of the quasi-religious Familia Michoacana cartel. His body was never recovered, however, and vigilantes in the western state of Michoacán now say that he is running the offshoot cartel, The Knights Templar.

Another drug lord supposedly felled in 2010, Ignacio “Nacho” Coronel, is also rumored to be alive and well. Coronel was one of four leaders of the powerful Sinaloa Federation headed by notorious billionaire Joaquín “El Chapo” Guzmán. Known as the “King of Crystal” for his domination of the crystal meth trade, Coronel ran the cartel’s operations in much of western Mexico from his base in Guadalajara.

The U.S. government offered a reward of $5 million for information leading to the capture of Ignacio “Nacho” Coronel.

On July 29, 2010, more than 150 soldiers, backed by helicopters and armored vehicles, descended on Coronel’s luxury home in a leafy suburb of Guadalajara’s Zapopan district. The Mexican army said Coronel died from six gunshot wounds after resisting arrest, but forensic experts weren’t called to the crime scene until 17 hours later, and then they were strictly forbidden from discussing the autopsy with the press.

In her 2013 book, Narcoland, investigative journalist Anabel Hernández reported that the deceased’s fingerprints matched those of one Dagoberto Rodríguez, a man once arrested alongside Coronel in 1993. Furthermore, Hernández revealed that doctors placed his age at 40 to 45, but Coronel would have been 56 at the time. No DNA test was conducted, and some of those who saw the corpse reportedly said it “bore little or no resemblance” to a recent photo of Coronel.

“People close to the Coronel family say the drug baron is still alive,” Hernández claimed. But by playing dead, he would be afforded the rare luxury of peaceful retirement, or the opportunity to resume his illicit activities without harassment from the authorities or rival gangs.

Conspiracy theories began to circulate within days of Coronel’s apparent death, as several musicians with alleged links to the Sinaloa Federation began performing narcocorridos (drug ballads) hinting that he was still alive. In “Morir y Existir” (in the above video), a song dedicated to Coronel, Gerardo Ortiz suggests his death was “invented,” proclaiming, “if they announce I don’t exist, they’ve already done me a favor.”

In another narcocorrido entitled “Nacho Coronel Vivo o Muerto?” (below), Sinaloa band Gatilleros de Culiacan notes that if Coronel were alive, “there’s no one looking for him,” and warns “not to investigate” or risk becoming “part of the crime.”

According to Hernández, Mexican intelligence agencies study the content of narcocorridos for clues for developments within organized crime. Yet the lyrics must be taken with a pinch of salt, as the songs are typically commissioned by cartels to mythologize prominent members and glorify their exploits. In Coronel’s case, the songs could have been written to distract attention from the suggestion that a rift had developed between him and Gúzman prior to his death.

Not everyone is convinced by the idea that Coronel could still be alive. The rumors are “totally false,” according to Mexican security analyst Alejandro Hope. “In Mexico people believe in all kinds of conspiracies, but these are pure kindergarten rumors,” Hope tells Vocativ. “I’ve seen the photos. Loads of people saw his body.”

Other skeptics cite the fact that Coronel’s death created a local power vacuum as evidence that he is no longer on the scene. Guadalajara had been one of Mexico’s more stable cities while under Coronel’s control, but his death sparked a wave of violence, as rival gangs and factions fought for hegemony in his absence.

The killing of Coronel was lauded as a major triumph for then-President Felipe Calderon, who had launched an offensive against Mexico’s cartels upon assuming office in December 2006. Throughout his six-year tenure, Calderon was frequently accused of protecting the Sinaloa Federation while pursuing its rivals, but his administration seized on Coronel’s death as evidence to the contrary.

If Coronel’s death were proved to be staged, it would be another occasion on which Calderon had falsely trumpeted the downfall of a major Sinaloa Federation player. In June 2012, the government claimed to have captured Gúzman’s son Alfredo in Guadalajara, but within days it was forced to admit that the detainee was actually an unrelated used-car salesman. Calderon stepped down as president in November 2012.

The sense of intrigue surrounding Coronel’s death was enhanced by rumors that he had been arrested two months earlier—on the same day that former presidential candidate Diego Fernandez de Cevallos was kidnapped. In emails published by WikiLeaks, analysts from global intelligence firm Sratfor speculated that Coronel “wasn’t killed in Zapopan but rather was already held” and that the government “kept it under wraps” in order to facilitate a swap deal for Fernandez de Cevallos, a close friend of Calderon, who some suspect was held by the Sinaloa Federation. Yet any trade-off seems unlikely given that Fernandez de Cevallos was only released four months after Coronel’s death, once an eight-figure ransom had been paid.

The rumors that Coronel had somehow faked his death mirror those that shroud the killing of his former mentor, Juarez Cartel boss Amado Carrillo Fuentes. Known as the “Lord of the Skies” because of the large fleet of aircraft he used to traffic drugs into the United States, Carrillo Fuentes is said to have died while undergoing plastic surgery in order to change his appearance in 1997. But the manner of his demise—and the subsequent murder of the surgeons involved—led to suggestion that he had faked his death in order to slip quietly into retirement.

Whether or not there is any truth to these seemingly outlandish conspiracies, the fact that they continue to circulate is a reflection of the widespread lack of faith in a government long tainted by tales of corruption and links to organized crime. Many Mexicans will continue to believe the worst until the authorities can earn back their trust.