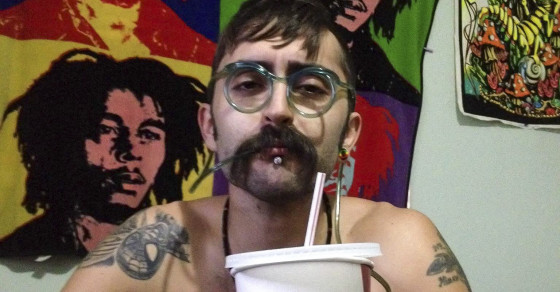 A pot raid in Florida turned deadly after a sheriff’s deputy shot an unarmed suspect in the face, killing him, officials and witnesses say.

The fatal encounter occurred when 26-year-old Derek Cruice allegedly resisted arrest during a drug investigation that turned up less than a half-pound of marijuana inside his Deltona home, the Volusia County Sheriff’s Office tells Vocativ.

Authorities arrived at the house around 6.30 a.m. on Wednesday to serve a drug warrant. Shortly after, Deputy Todd Raible, 36, fired a single shot, striking Cruice in the face as he stood inside the doorway.

Cruice did not have a weapon, but authorities say he posed a threat.

Witnesses inside the home, however, dispute claims that Cruice posed any danger to deputies. Roommate Steven Cochran told Orlando’s WFTV that Cruice wasn’t wearing a shirt when he was shot. “It’s kind of hard to conceal anything or hide anything when this is all you have on,” said Cochran. “They entered the house and fired.”

What’s not in dispute is what officials recovered at the scene: less than eight ounces of marijuana, along with a scale, drug ledger and $3,000 in cash, the Orlando Sentinel reported.

Raible, a 10-year veteran of the force, was placed on administrative leave. The Florida Department of Law Enforcement is now investigating the incident.

The shooting has already stirred outrage online, along with threats of retaliation against Raible. One Twitter user has already published what he claims to be the deputy’s home address online and announced that there will be an armed protest there later today.

Andrew Gant, a Volusia County Sheriff’s spokesman, tells Vocativ that the office is monitoring the threats.