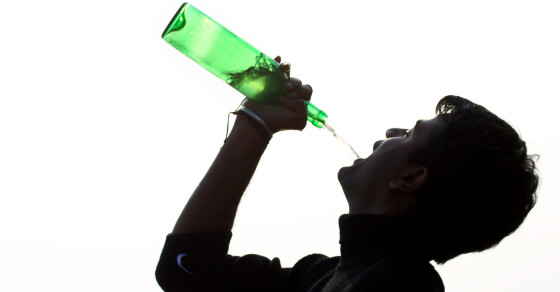 The Newest Drinking Game Is Killer—Literally
By Emily Levy

The Newest Drinking Game Is Killer—Literally 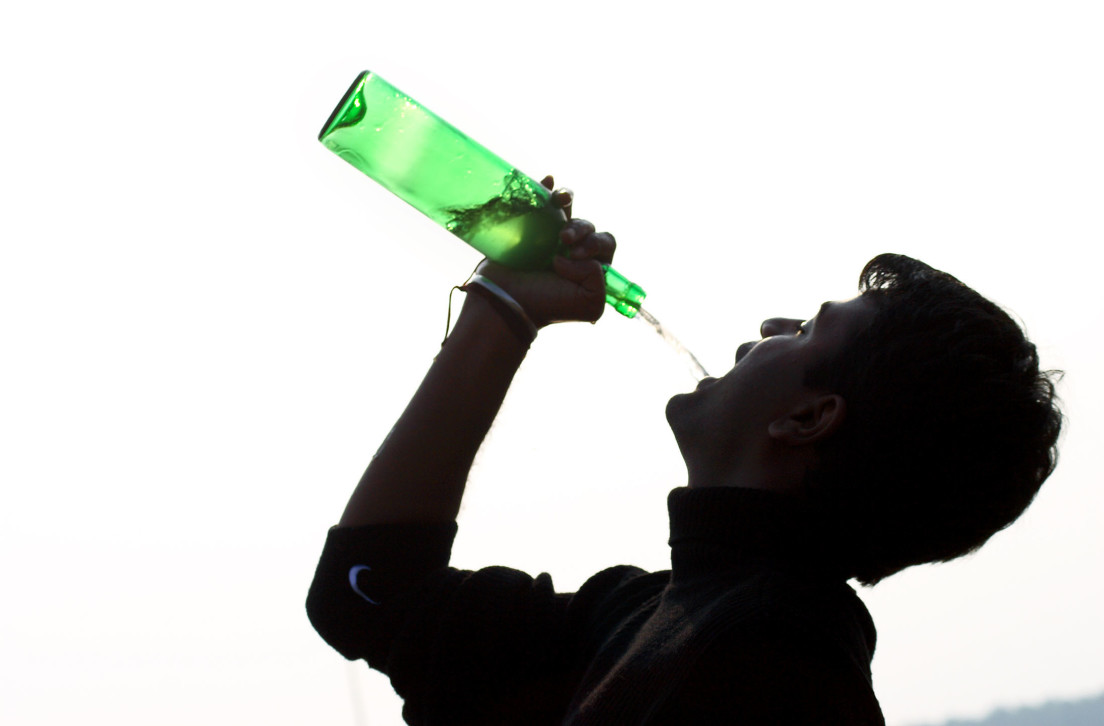 A 20-something in a tank top faces the camera, rubbing his eyes. “Alright guys, I’m number five in this challenge,” he says in his Aussie accent. “I’ve just woken up, it’s 25 past 10, and I’m gonna take it on. My poison will be tequila.”

He proceeds to pour himself 10 shots of tequila, then down them one by one. For breakfast.

The man’s 10-shot YouTube binge is part of a new virtual game called Neknominations, in which people on Twitter, Facebook and YouTube challenge one another to dangerous binge-drinking dares. Participants “neck,” or chug all at once, alcoholic drinks or liquid concoctions (raw eggs, engine fluid) in vast quantities, and dare their recipients to do the same in under 24 hours.

The game sounds childish—funny, even—but it has recently taken a deadly turn. This, scientifically speaking, shouldn’t come as much of a surprise. In general, the liver can process one standard drink per hour. Consume more than this and your system becomes saturated. Additional alcohol accumulates in the blood and body tissues until it can be metabolized. In Neknominations, drinkers who overreach risk putting themselves in the “death zone,” where their blood-alcohol level is so high that, put simply, it’s fatal. Your body stops working.

As of this week, Irish and British newspapers have each reported two fatalities due to Neknominations, including the death of a 29-year-old who consumed vodka, whiskey, wine and beer at once after facing a challenge from a fellow player online.

According to data from Clemson University, the average 120-pound woman who consumes eight or nine drinks in one hour will have a blood-alcohol concentration between 0.29 and 0.32 percent. “You may suddenly pass out and be difficult to awaken,” and you may even experience something “similar to the physical effects of surgical anesthesia.” Drink much more (or weigh less), and the health experts write, “It’s a miracle if you survive.”

Men are also at risk if they drink quickly. If the average 180-pound man consumes 10 drinks in an hour, his blood-alcohol concentration will be 0.19 percent. According to the experts, “If you hurt yourself at this point, you probably won’t realize it because you won’t feel the pain.”

If you hit a blood-alcohol concentration of 0.40 percent, which you might do if you down a bottle of vodka in one go and let it settle into your bloodstream, the experts share this prediction: “You are probably in a coma. The nerve centers controlling your heartbeat and respiration are slowing down.”

Peer pressure is key to the game’s viral success. In a recent interview, Rosanna O’Connor, director of alcohol and drugs at Public Health England, cited the enormous “potential for cyberbullying” associated with Neknominations.

“The game’s encouragement of participants to outdo each other with ever more reckless stunts brings with it significant risks of alcohol-related harm including acute intoxication, accidents and injury,” said O’Connor.

Every Neknomination video posted on the Internet is a public broadcast of targeted peer pressure. The game’s official slogan, as described in the Telegraph, is indicative of its risks and its popularity: “Neck your drink. Nominate another. Don’t break the chain, don’t be a dick.”

By all means, have a drink, and for sure, don’t be a dick. But remember, the ultimate dick move is drinking yourself to death for 30 views on YouTube.

And a man who completes a bottle of Jager through a beer funnel as his friends laugh on: